Belye Medvedi
News
Список прямых трансляций МХЛ на телеканалах КХЛ
Konstantin Panov: “I dream about victories and developing my players.”
Raimonds Vilkoits: “We want to make the playoffs, but we’re going step by step”
Safin-Tregubov’s story: from Portugal to Russian snow, and from football to hip checks
Roman Kantserov: "I never even thought about leaving Magnitogorsk"
Gleb Petrov: "I want to win everything I can" - the top league's sniper talks childhood, North America, and current season
“We win because we play as a team and have known each other for a long time”. Loko-76 defenseman shared the secret of his team’s success
Alexander Perevalov is a true professional. He is very strict about the sharpness of his skates and enjoys himself at practices
First 4-goal performance, Green Rilvary hero and Magnitogorsk goals galore. JHL week round-up
Share

2021 IIHF World Championship round robin came to a close in Riga, Latvia. It went down in history as one of the most unpredictable and rich on upsets. Sweden, Latvia, Belarus and Kazakhstan missed the playoffs. Team Canada almost followed the suit as they finished fourth in Group B and will face Team Russia already in the quarterfinal.

Russia finished on top of Group A, winning six games out of seven. Almost every player on Valery Bragin’s side has Junior Hockey League experience. We present you with five JHL alumni who looked great in round robin. 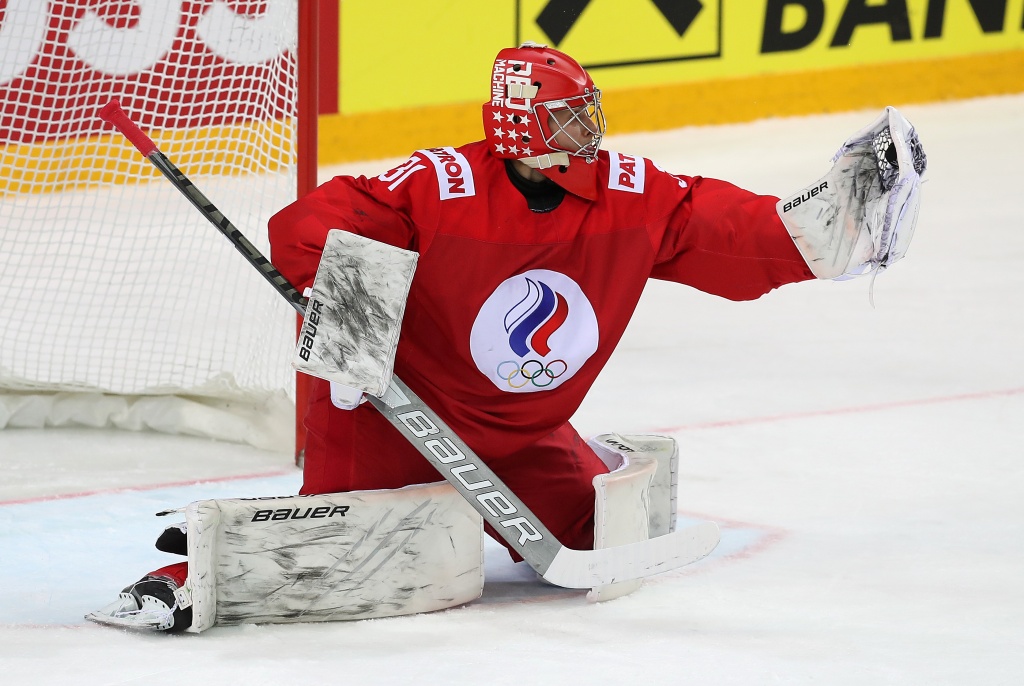 In Junior Hockey League: 93 games for Russkie Vityazi Moscow Region, 26 wins, Goals Against Average – 3.15, Save Percentage – 89.8% on average per game.

Russkie Vityazi alumnus played all round robin games, winning five of them in regulation, another one in the shootout and lost the game against Team Slovakia. The goaltender posted two shutouts in games against Team Denmark and Team Belarus. He really turned a few heads in the dramatic game against Team Sweden. He stopped 29 shots in it and lifted Russia over the opposition in the shootout, stopping Rikard Rakell and Viktor Olofsson. 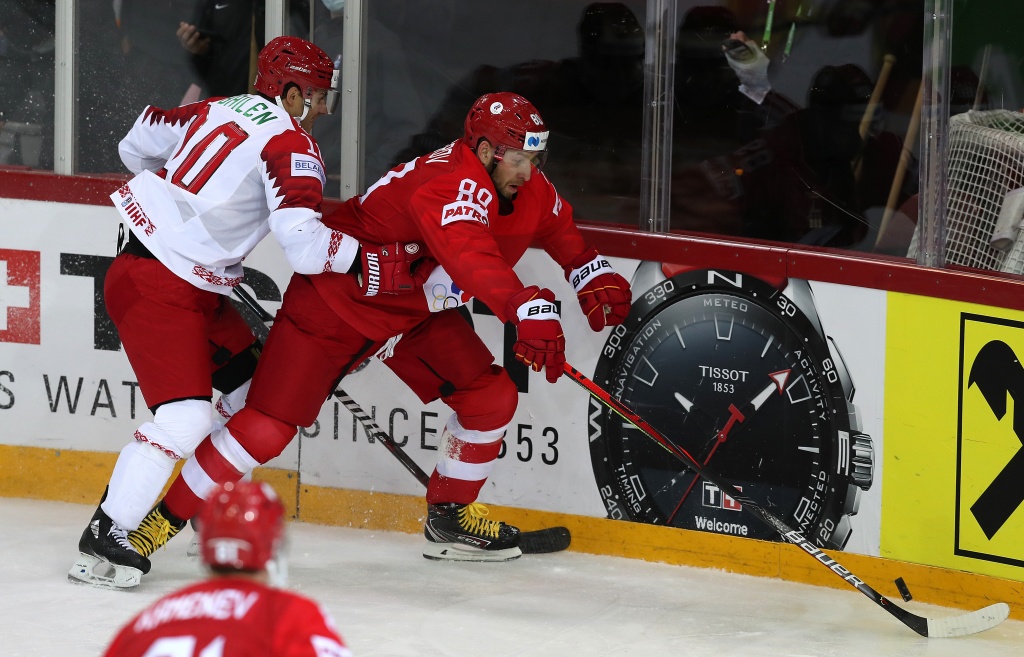 Nikita Nesterov was the first defenseman to score a goal for Team Russia at the 2021 IIHF World Championship. Notably, he scored twice in the same game and helped Russia steamroll over Team Belarus. The Gagarin Cup champion also picked up two important assists. He registered one on Alexander Barabanov’s marker as the San Jose Sharks forward scored Russia’s second goal against Team Sweden and then helped Maxim Shalunov find the back of the net in the aforementioned game against Team Belarus. 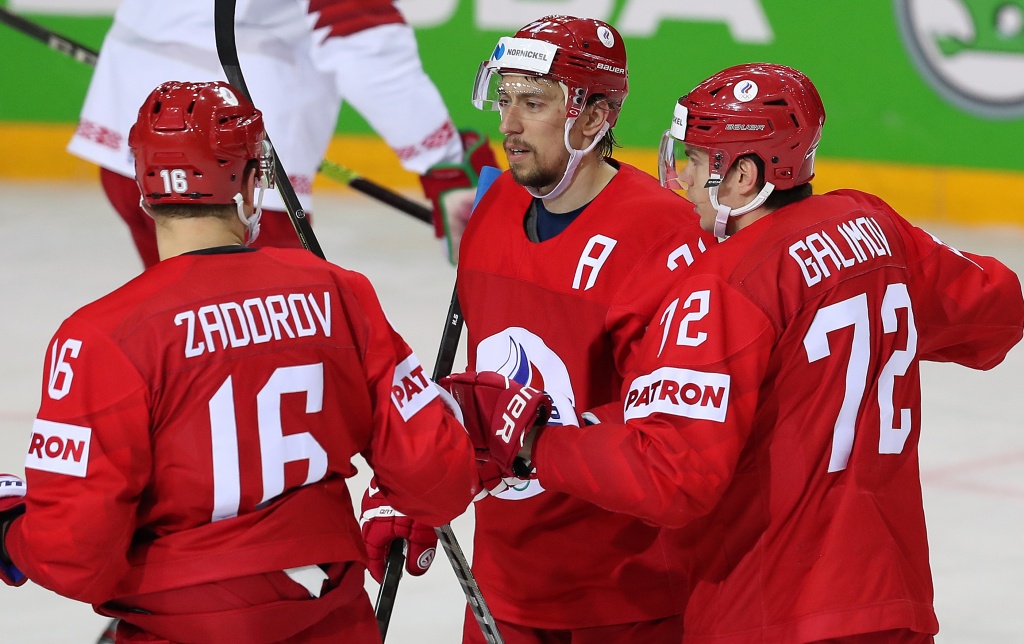 Anton Burdasov is yet another Chelyabinsk native. He scored the first goal for Team Russia at the 2021 IIHF World Championship as he opened up the scoring in the game against Team Czech Republic, which Valery Bragin’s men went on to win. In the following game against Team Great Britan he scored twice and then got his fourth tally of the tournament in the tilt against Team Switzerland, receiving the puck from Emil Galimov. In the shootout against Team Sweden Burdasov capitalized on his attempt right before Vladimir Tarasenko put the dagger in. 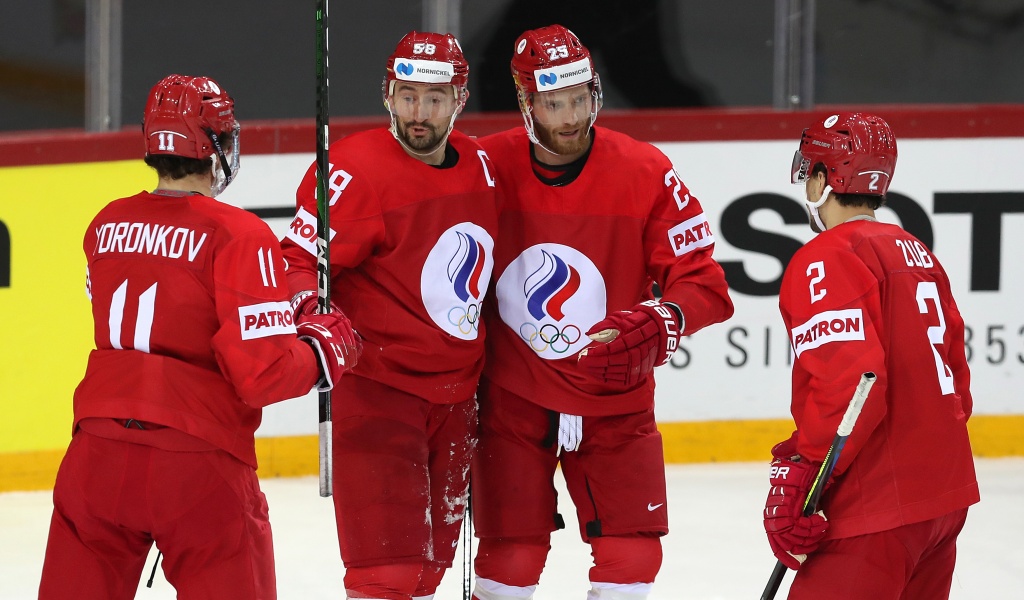 Kharlamov Cup and Gagarin Cup champion Mikhail Grigorenko scored one point more than Anton Burdasov. Notably, it took him three fewer games. The forward scored the game-winnging goal against Team Czech Republic in the first game of the tournament – he also registered an assist on Anton Burdasov’s initial marker of the tilt. He participated in the blowout win over Team Great Britain by scoring the game’s second goal. He went on to score his fourth goal at the tournament against Team Belarus. He also picked up two assists in the same game. 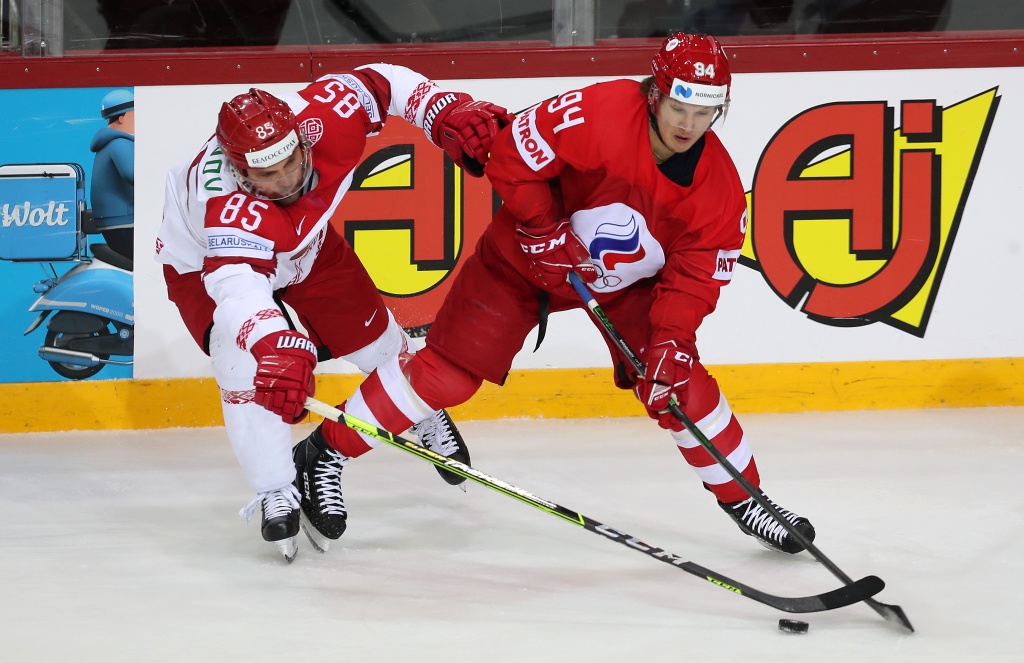 Alexander Barabanov, who leads SKA-1946 St. Petersburg in all-time Junior Hockey League goals and points, currently tops team Russia in scoring at the 2021 IIHF World Championship. The forward scored in the tournament’s first game against Team Czech Republic to give Russia their third lead of the night. Barabanov also scored his team’s only goal in the lost game to Team Slovakia. He found the back of the net in the game against Team Denmark and gave Russia a lead in the game against Team Sweden. Barabanov added four assists to his goals and finished round robin as the eighth scorer of the tournament.