“The boys thought they had it secured when they were up 2-0”. Irbis almost salvaged Game 2 in Yaroslavl “The boys thought they had it secured when they were up 2-0”. Irbis almost salvaged Game 2 in Yaroslavl

Loko Yaroslavl got some serious reinforcements in time for the series against Irbis Kazan. Forward Alexander Daryin recovered from injury, while Pavel Tyutnev and Daniil Misyul returned to the team after Lokomotiv got eliminated from Gagarin Cup Playoffs. We spoke to players and coaches of both teams following Game 1 of the semifinal series.

Alexander Ardashev: “I wouldn’t say that KHL players made us significantly better” 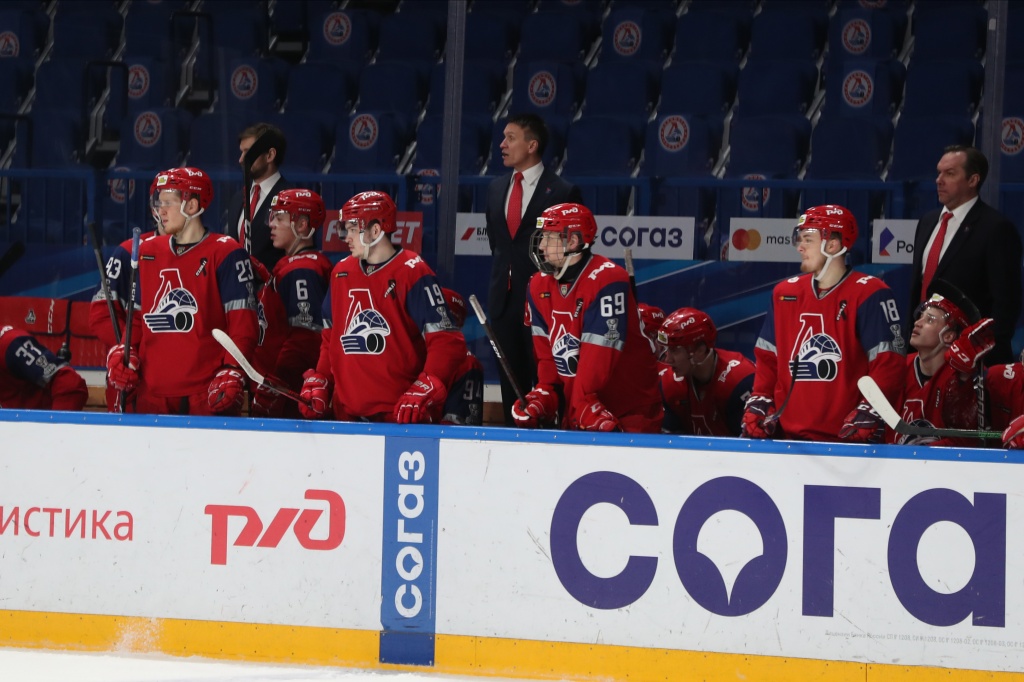 “I’m glad that Loko got such players,” said Ardashev. “Daniil Misyul is a leader. He’s got big heart. I really rely on his help. The most important thing is that he’s bought into belief that he should play hard at any level and any team.

“As for other roster adjustments, I can’t say that it affected us in a big way. Alexander Daryin was sidelined for over a month with an injury and he’s only getting back to his optimal conditions. Pavel Tyutnev didn’t have a lot of ice-time in Gagarin Cup so he’s a little off his game rhythm – he’s struggling right now.”

Ardashev mentioned that the fact it was the first meeting of the season between the two teams played a big role.

“We didn’t play against Irbis this season. We watched a lot of footage in our preparation and did our best to get the boys into the right mindset. But it was difficult to adjust – they play a little bit of a different brand of hockey comparing to Western Conference teams. Hopefully, we can learn from today’s game and we’re going to look more solid tomorrow.

“All in all, it was a difficult game. Today we couldn’t stick to our game plan. We played the way we wanted only in the first period. Perhaps, the boys thought that they had it in a bag when they were up 2-0. They let themselves get carried away and almost let the important win slip away from them. I can’t draw parallels between this game and our last in St. Petersburg. That’s just what young guys’ mentality is like. We got lucky over there as well but it was a totally different game.”

Artyom Anisimov: “We were close to ideal game in the third period”

Irbis Kazan head-coach also doesn’t see Loko getting reinforcements in time for the series a factor in Game 1.

“I can’t say anything about the opposition getting reinforcements. I pay more attention to my own team and the way we play,” noted Anisimov. “We told the boys before the game to not pay attention to anyone and that they should just come out and play!

“Today was a good game. The opposition was converting on their chances, while we couldn’t keep up. Had we done it, the battle would have been more intense. We fell apart in the first period because of our own mistakes – and it was visible on the scoreboard but not in the way we played. We evened the game out in the second frame and almost played our ideal game in the third. We should carry it over into tomorrow’s game.”

Daniil Misyul: “I already saw the puck in the back of the net – but in the last moment it fell off the blade of my stick”

The defenseman played his second game for Loko this season. Before the playoffs Misyul had played for Lokomotiv’s major junior team back in September in one of the first regular season games. After the entire season spent with the KHL team, Alexander Ardashev let Misyul play on his top defensive pairing along with special teams. It didn’t come as a surprise to see him with an ice-pack taped to his wrist after the game.

“I got slashed a bit,” says Misyul with a smile. “There’s no injury. Just a minor bump.”

- Loko will play their home games at Arena-2000 – KHL team rink. What has changed for you since Gagarin Cup games?
- The main difference is attendance. After all, Arena-2000 was packed for Gagarin Cup games – as much as the restrictions allowed. There weren’t as many fans today but it was just as emotional. You could feel the support coming from the stands and it was awesome!

- You had a good scoring chance in the third period. What didn’t go your way?
- I played with patience and beat the goaltender. I already saw the puck in the back of the net but in the last moment it fell of the blade of my stick! Looks like I began celebrating too early, while I still had to finish the play off.

- Despite the fact that you have already won the Kharlamov Cup, you are yet to score your first playoff goal – your post-season drought has been 17 games. Do you feel pressure because of that?
- It’s great to score but I wouldn’t say that it’s my priority. What matters the most in the playoffs is team result. It doesn’t matter when I get to score.

Pavel Tyutnev: “I had to make a nifty move to beat Akhtyamov”

Forward Pavel Tyutnev played most of the season on Loko but got called up to the KHL team in the spring. Tyutnev played two playoff series with Lokomotiv and even managed to score his first career KHL goal. However, the return to the junior team didn’t go easy for the forward.

“I spent a lot of time on Junior Hockey League team. I had to remember everything I’ve been doing all season long,” says Tyutnev. “However, I had just a few days to do that. I was once again put on the line I had played on before but I didn’t have the time to build the chemistry back up with the boys. We still have stuff to work on.”

- You had a great scoring chance in the first period on a breakaway. Why couldn’t you beat Artur Akhtyamov?
- I believe, I just got too far ahead of myself. I had to go for a nifty move to beat Akhtyamov.

- The most important part of that scoring chance was your burst of speed. After two rounds of Gagarin Cup Playoffs you were third in the league at average speed. Have you saved some of that speed for Kharlamov Cup Playoffs?
- I just didn’t play all that often for Lokomotiv so I did my best to play to the max in every shift. Especially because I had so much energy saved up. Unfortunately, I can’t say that I’m in my top shape at the moment. I’m not quite there physically-wise. My muscles aren’t in game shape. I do my best to fix it as soon as I can and help Loko in this playoff run.