“There will be another chance to compete for the Kharlamov Cup. U18 World Championship is a once in a lifetime opportunity”. Team Russia impacts JHL playoffs SKA-1946
News
SKA-1946 win first championship in their history! Michkov scores game winning lacrosse-style goal
“I’ll try to make it to the senior team.” Yaroslav Likhachyov finished his JHL career with a team’s record
“It’s a shame that three years in the JHL flew by so fast” – Matvei Kokovin lost a bet to Alexei Shevchenko as the White Bears failed to qualify to the playoffs
“I gave myself a choice: either to get stronger and move on, or to quit hockey” – SKA-1946’s leader talks about his season, social media, and hockey life
“Nizhny Tagil is not what it was ten years ago” – Vasily Atanasov about his hometown and his play with Mamonty Yugry
“I want to break Guskov’s record” Vyacheslav Peksa talks about his late arrival to hockey and his progress in the JHL
“I hit the rock bottom, and then I got out of it. Now I have what to pass to our guys” – Nikolai Lemtyugov talks his debut as a coach
Viktor Neuchev: “The JHL is a league for development and you shouldn’t be afraid of mistakes”

“There will be another chance to compete for the Kharlamov Cup. U18 World Championship is a once in a lifetime opportunity”. Team Russia impacts JHL playoffs

32 Junior Hockey League players will soon report to Novogorsk for the 2021 U18 World Championship camp. The departure of these players in the heat of Kharlamov Cup Playoffs may affect the contest as 20 of them continued to battle for a semifinal berth with their teams just a few days ago.

The series between Loko Yaroslavl and SKA-1946 St. Petersburg will be affected the most as the teams delegate ten players to Team Russia combined. Besides, head-coach Albert Leschyov has left SKA-1946 as he will be a member of Team Russia coaching staff at the U18 IIHF World Championship.

“We get the same treatment on Team Russia as everyone else”

“SKA-1946 has depth. There are those who haven’t been dressed for the series against Loko. They are striving to get on the ice – they want to compete for the Kharlamov Cup as well,” says SKA-1946 goaltender Valery Brinkman. “So we’re going to find replacements for those guys who were called up to Team Russia. Hopefully, their absence won’t get in the way of our team salvaging the series against Loko.” 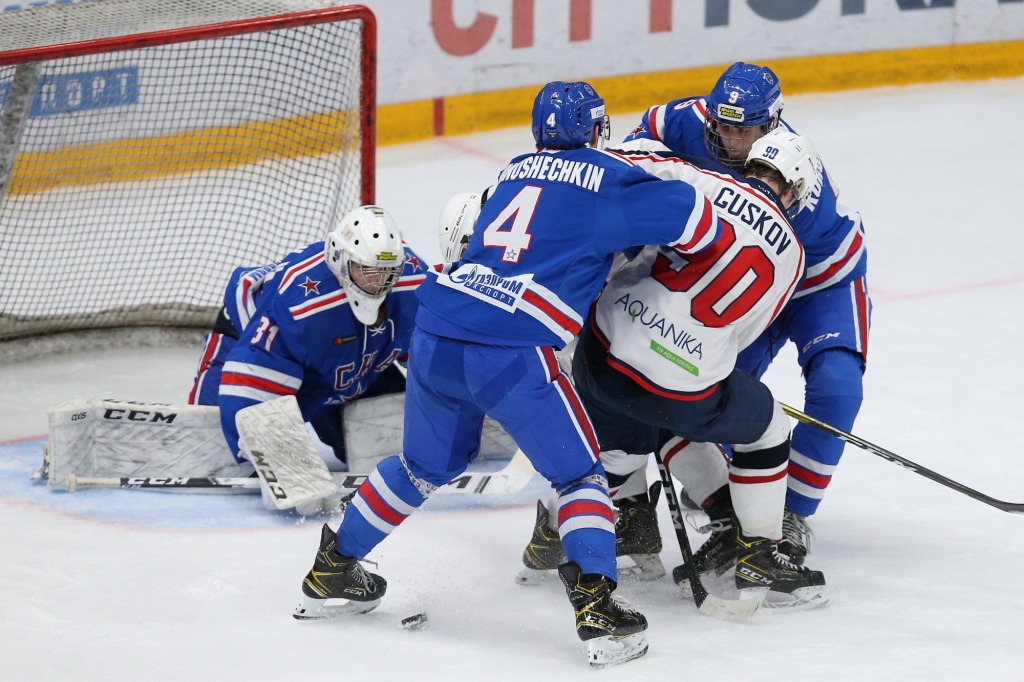 - Albert Leschyov is the head-coach of SKA-1946 and U18 Team Russia. Were you thinking about this during the playoffs?

VL: I had thoughts that I was being watched by Team Russia head-coach but it didn’t give me any extra motivation. I came out pumped up and motivated for every game this post-season. How am I going to play for a coach, whom we have beaten twice? I believe, Albert Viktorovich is going to be happy to see me on Team Russia and not continuing to battle in the series against SKA-1946! (laughs)

VB: Albert Viktorovich won’t give SKA-1946 players any special treatment. He’s going to treat the same way he treats everyone on the team. We’re on the same level as everyone else on Team Russia. We have just been in closer contact with the head-coach during the season so he knows us a little better.

Valery Brinkman: “Those who didn’t make the cut for the U18 World Championship last year will cheer for us”.

- How did your brother [SKA-1946’s Arseny Brinkman] react to you getting called up to Team Russia?
- He congratulated me and wished me to make the final cut.

- Team Russia is going to have a month-long camp. What are you going to do there?
- Usually Team Russia gathers everyone early for serious tournaments such as this one. We haven’t practiced since November. We need to hone that line chemistry again. We all have to get on the same page shape-wise. And we still haven’t made the final cuts for the team that will travel to USA. I believe, we’re going to work on our tactics at the camp as well skill elements and stamina. Goaltenders will also work on their chemistry with defensemen.

- You have a lot of acquaintances on the team. Three out of four goaltenders represent SKA system.
- Just as it is on our team, there’s going to be a competition. We’re just going to bring the competition level from our club to Team Russia. All of us have to prove we deserve to be on the team.

Vladislav Lukashevich: “I denied Michkov from getting in on a breakaway in the playoffs. But now we’re teammates”. 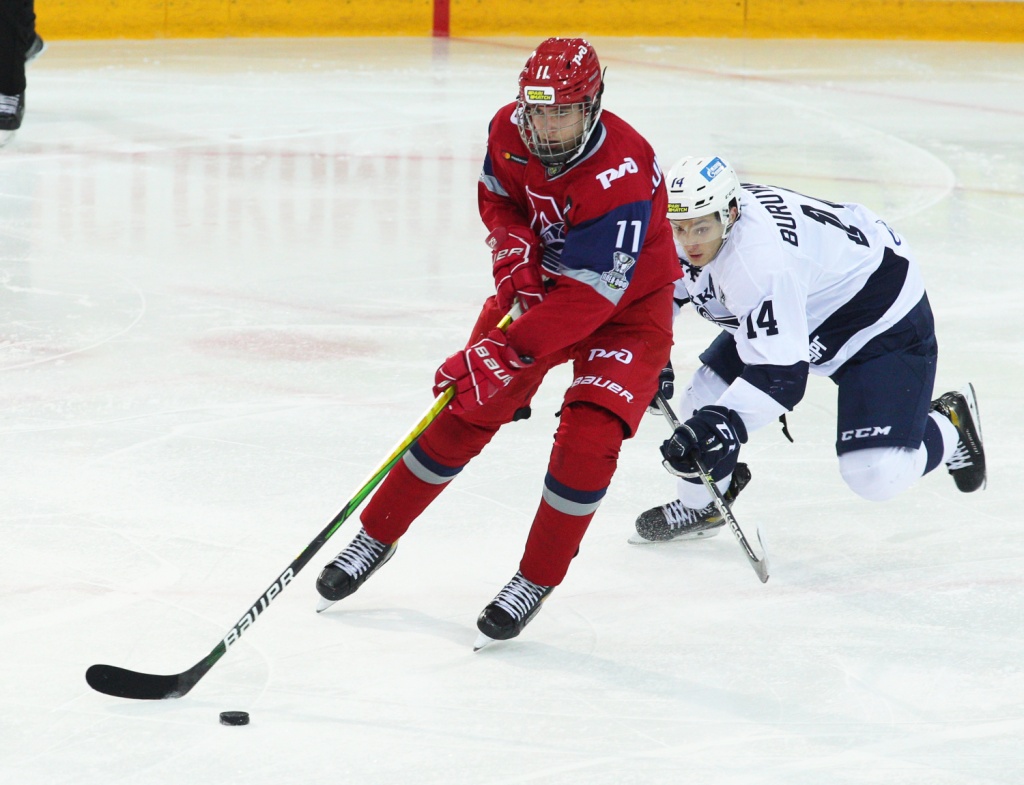 - You faced your future Team Russia teammates in the quarterfinal round of Kharlamov Cup Playoffs.
- SKA-1946 players performed well in the series. They were noticeable on the ice. For example, Matvei Michkov scored one of the goals. He had another chance in Game 1 – he broke loose but I caught up to him. I tried to do my best to make it as difficult as possible for him to take a backhand shot. I tried to make him go for the backhand so he wouldn’t have other options. But I managed to poke the puck away. Now we’re all Team Russia players. I don’t think we’re going to revisit these moments while we’re here.

- Team Russia will face USA, Finland, Sweden, Czech Republic and Germany in U18 IIHF World Championship round robin. What do you know about your teammates?
- We played a lot against all of these teams in previous seasons, aside from Germany. Even though, I can’t recall anybody by name on these teams, I know there are strong players on all of them. As the matter of fact, there won’t be any easy games at the tournament. All of the opponents are very serious. While everyone knows what to expect from every team at the World Juniors, any team can be a surprise at U18 World Championship. So you can’t let your guard down in any game.