Back to the list
News
“In Junior Hockey League you can the game around in one shift”. How Dynamo watched Loko clinch a berth in the finals
“Tolpar was outplaying us”. Dynamo proceeds to the finals but the final score of the series doesn’t give it justice as players of both teams note
“Wounded beast is twice as dangerous. Tolpar have nothing to lose”. Dynamo is up 2-0 in the series, stays focused
“Imposing our brand of hockey and our game is the foundation of our success”. Irbis captain comments on the semifinal series against Loko
“It’s been a while since anyone came back from being down 2-0. It’s time to fix it!”. Tolpar is ready to salvage the series against Dynamo
“They want to make pretty plays, that’s where mistakes stem from”. Dynamo and Tolpar went to the shootout
“There’s too much attention on these two players!”. Amirov and Bashkirov can’t help Tolpar
“The boys thought they had it secured when they were up 2-0”. Irbis almost salvaged Game 2 in Yaroslavl
BELYE MEDVEDI ARE BACK AMONG TOP-3, SAKHALINSKIE AKULY BEAT RIVALS FROM RUSSIA’S FAR EAST. MARCH 1ST ROUND-UP
Share 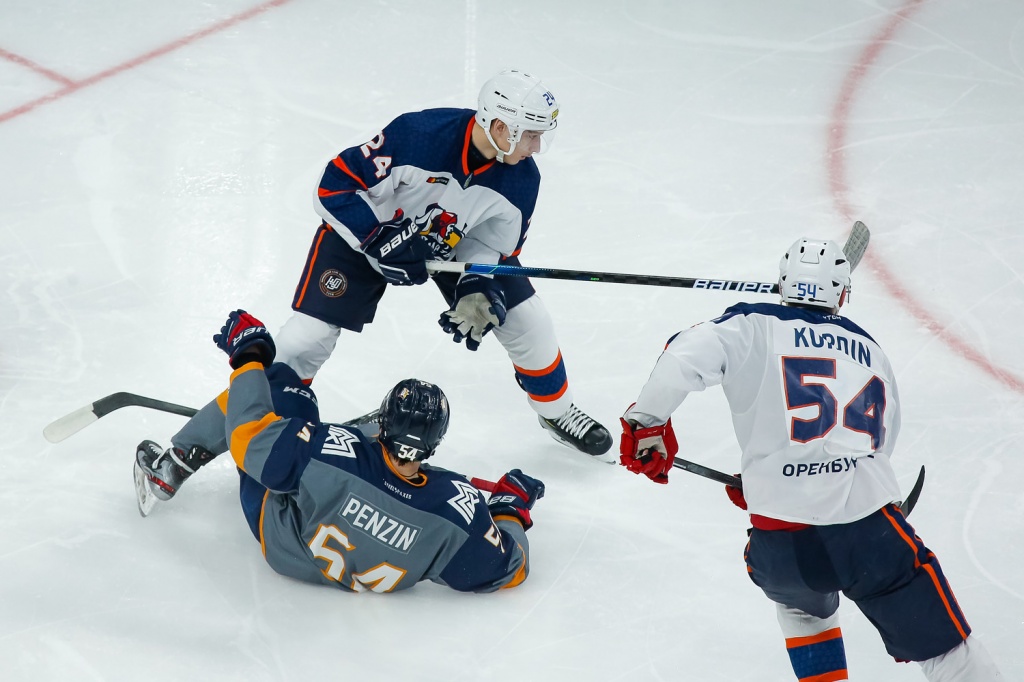 Stalnye Lisy Magnitogorsk close out their regular season with a back-to-back series against Sarmaty Orenburg. Should the ‘Steel Foxes’ sweep the opposition, there is a chance they can rise as high as fifth place in Eastern Conference standings. The game began with the hosts turning the puck over in their defensive zone but Nikolai Gnezdilov couldn’t beat Gleb Moiseyev from point-blank range. Orenburg struggled to kill off a penalty but Stalnye Lisy still broke the ice right after Sarmaty went back to playing full-strength. Mikhail Gonchar sent it past Timerkhan Fayzulin. Magnitogorsk had several chances to improve their lead as they were spending more time in the offensive zone but to no avail. The visitors took just four shots on Moiseyev in the second period of action.

In the final stanza Sarmaty continued to pile up penalties and they had to pay for one of them. Yegor Martynov could have scored himself but he hit the bar. In the very next shift Danil Gololobov improved the lead for Stalnye Lisy. Last few minutes were worrisome for Magnitogorsk as late in regulation Orenburg got a goal back – Zakhar Lobov found the back of the net. However, the visitors failed to go for one final push as they got an unnecessary penalty for too many men on the ice. Stalnye Lisy Magnitogorsk win the hard-fought game 2-1. 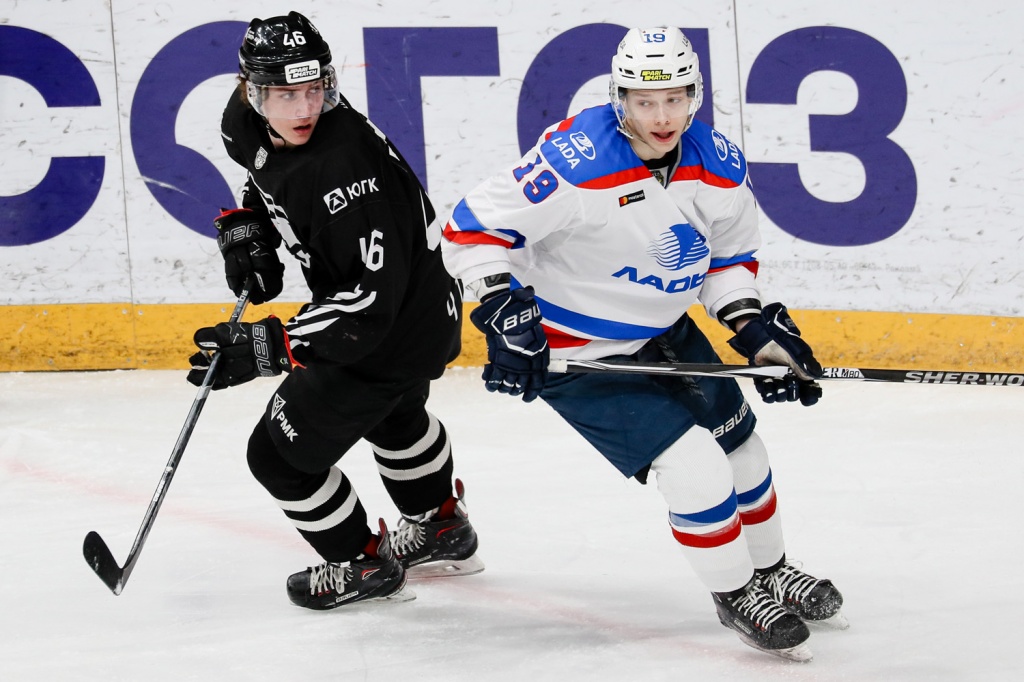 Belye Medvedi Chelyabinsk faced Ladiya Togliatti on home ice, eyeing to return to Top-3 of the Eastern Conference table with a win. Togliatti are playing their last games of the season and didn’t feel like giving up without a good fight. They opened up the scoring 10 minutes in – Stepan Steshenko received the puck from Fyodor Svechkov and sent it high past goaltender Artyom Danilov. The hosts responded with a goal on a power play. Notably, it took ‘Polar Bears’ just 12 seconds to capitalize on the opportunity – Valery Sapozhnikov found the back of the net. Chelyabinsk got a bench minor for unsportsmanlike conduct early in the second period of action as their coaching staff disputed Yegor Gorbunov’s penalty. The visitors failed to regain the lead, although Yegor Savikov got close hitting a post.

Belye Medvedi went on to capitalize on a man-advantage of their own. Chelyabinsk leader Danil Zinovyev added another tally to his growing total as he slipped it in from the doorstep. When third stanza was just 30 seconds young, the parity was restored. Steshenko scored his second of the game with Granlund style shot. Several more key events took place midway through the frame. Belye Medvedi got in the lead with a tally by Alexander Polushkin. The visitors got back even right away – Andrei Malinov was first on the rebound after Chelyabinsk turned the puck over in their defensive zone. Nevertheless, it was the hosts who got the win as Dmitry Sheshin scored the deciding marker. The forward broke into the zone off a solo effort, skated to the middle of the ice and sniped one past Ladiya goaltender Anton Vinogradov. Belye Medvedi enjoy a 4-3 win in a hard-fought game, surpass Tolpar Ufa in Eastern Conference standings and land among Top-3 teams.