SAKHALINSKIE AKULY DEFENSEMAN CAME TO HOCKEY FROM WRESTLING. DOES THE EXPERIENCE HELP HIM ON ICE? Sakhalinskie Akuly
News
Edgar Varagyan: “When we were on the plane, guys told me: “He is an enforcer, he would beat you up with no sweat.” I thought: things happen, he would beat me up and so what?”
“As time goes by, taking a flight to Sakhalin feels almost like being stuck in Moscow traffic.” Daniil Veremeichik – the JHL's Best Player on Social Media
“Working out in a gym is a type of rest for me.” Ivan Murashov had the best season of his career, dreams of playing in the KHL and has not eaten any fast food for two years
“Condensed milk is the only unhealthy food available for the national team.” Raul Yakupov – about the Black Sea Cup, the KHL debut and the season with Reaktor
“Four years in the JHL was a great time. Winning the Cup with Dynamo was the best moment.” Ivan Didkovsky about junior phase of his career
Metsola-type player of Krasnaya Armiya, Peksa’s progress and solid Gromovik. Dream team goalies
Arseny Gritsyuk is the top rookie of the KHL season
A bronze medal with Irbis, VHL appearances and the first goal for Ak Bars. An eventful season for 19-year-old Dmitry Katelevsky
Share

SAKHALINSKIE AKULY DEFENSEMAN CAME TO HOCKEY FROM WRESTLING. DOES THE EXPERIENCE HELP HIM ON ICE?

Everyone has a hobby to keep them distracted from everyday life. Sakhalinskie Akuly Yuzhno-Sakhalinsk defenseman Evgeny Burlaka was in Greco-Roman wrestling when he was a kid. He’s into mixed martial arts now and practices with his Dagestan mentor in the off-season. In this interview Evgeny opens up about his hobby as well as about himself and other sports.

On wrestling, hockey and Sakhalin

Hockey knocked on his door later in life. Evgeny was in Greco-Roman wrestling since he was four years old. About two years later his parents took him to a rink and that’s when he got the urge to become a hockey player. He was in both sports until he turned nine years old and then his parents insisted he made a choice. According to the player, it wasn’t a difficult decision. He has always been more keen on hockey.

“It kind of was love at first sight with the sport. Actually, when I first laced up the skates and hit the ice and I was able to skate right away. I still remember my emotions from that day. I even tried to get away from my instructor so he wouldn’t bother me with his advice. When I quit wrestling, I didn’t even have to think much about it, even though my coaches asked me to stay,” shares Burlaka.

Nevertheless, those wrestling classes left a mark. Burlaka believes that it affected his decision on committing to playing defense. Evgeny enjoys laying hits and defending the net. Although, he doesn’t fight often on ice – he had just one scrap last season.

“I haven’t had a single fight this year yet. But the season is still not over and everything may still happen (laughs). Actually, I’m pretty good at keeping my emotions in check. But if a fight broke out, there is nothing I can do anymore. Besides, last season I just stepped up for my teammate. I think, the fight happened following an illegal hit. Obviously, I couldn’t just stand there doing nothing. But I’m not the kind of guy who just drops the gloves out of the blue and starts a fight. That’s just not me. I’m mainly about delivering hits and bodychecks,” explains Burlaka.

Incidentally, last season Burlaka joined Sakhalinskie Akuly Yuzhno-Sakhalinsk from Sarmaty Orenburg. Moving to another town is a constant for hockey players. However, it doesn’t happen every time that he has to travel so far away from home – Evgeny’s parents currently reside in Krasnodar.

“How do I like Sakhalin?” asks Burlaka. “It’s very cold out here. I go to breakfast in the morning by making penguin-like steps because it’s difficult to move around (laughs). And the time zone is uncomfortable because my family lives in Moscow time zone. So I had to talk to them in the night. But I’m used to moving to new cities. I have done it since I was little so it’s not difficult for me. When the season ends, I will go back home and spend a few months with my family.” 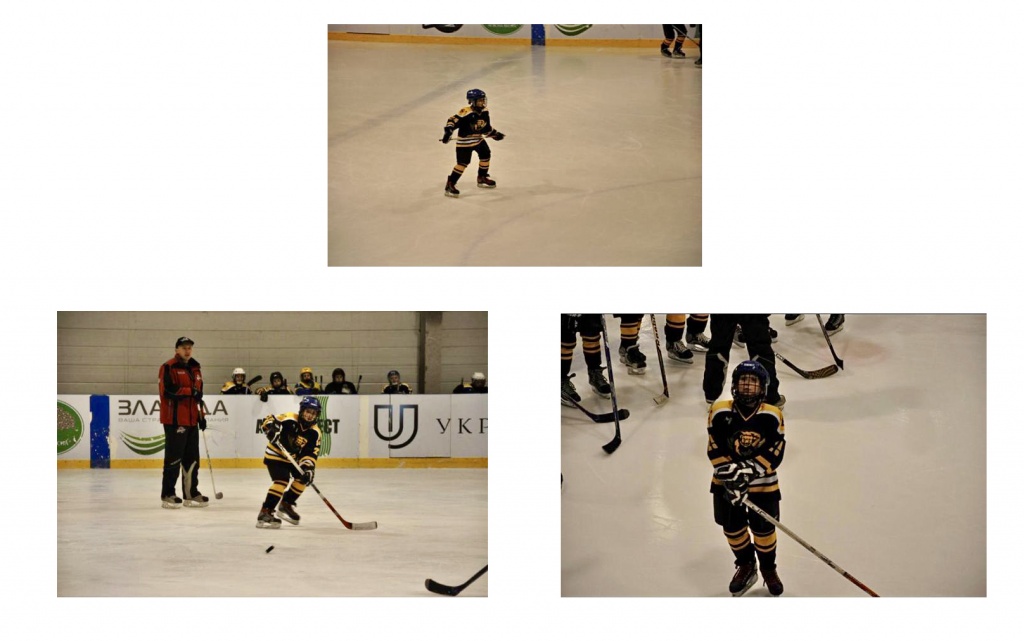 On mixed martial arts and other sports

Burlaka spends his off-seasons in Krasnodar. It’s warm, the sea is close by and it’s a short trip to Sochi. However, getting lazy on vacation is just not Evgeny’s thing. He prefers to stay active on his days off and that’s why he practices mixed martial arts and sometimes even boxing at home.

“It’s something I truly enjoy,” admits Burlaka. “It’s all about will and character. It makes me feel more confident. I understand that anything can happen in life and sometime I will have to stand up for myself and my family, for example. However, during the season I don’t practice it. After all, it’s an injury prone sport and I don’t want to get hurt because I have to give hockey everything I have.”

Burlaka says he was even offered to compete at a mixed martial arts tournament but he had to refuse. Evgeny practices with his mentor from Dagestan. He prefers fighters from the republic and, obviously, thinks high of Habib Nurmagomedov.

“That’s just the kind of nation they are. They are of strong spirit, character and will,” believes Burlaka. “They can take any pain, persevere and got what they want. It’s fair to say that each and every one of them is in martial arts.”

He also like Conor McGregor, Dustin Poirier and Tony Ferguson. It’s a no-brainer he enjoys watching UFC. Sometimes he gathers around with other players to watch famous fighters in action together. “Sometimes we even test their moves on each other. Jokingly, of course,” laughs Sakhalinskie Akuly defenseman.

As the matter of fact Evgeny is into almost every active sport there is. He is a fan of Krasnodar soccer club. He also follows Lionel Messi and Christiano Ronaldo.

“Actually, I like soccer but I went to a game just one time – and that was back when I was a kid,” says Burlaka. “Perhaps, it’s because I don’t have time for that during the season. And when I’m back home I just want to rest and attend to other business. But I really want to go to a soccer game in Krasnodar. I would also like to go to a mixed martial arts event.”