Back to the list
News
“In Junior Hockey League you can the game around in one shift”. How Dynamo watched Loko clinch a berth in the finals
“Tolpar was outplaying us”. Dynamo proceeds to the finals but the final score of the series doesn’t give it justice as players of both teams note
“Wounded beast is twice as dangerous. Tolpar have nothing to lose”. Dynamo is up 2-0 in the series, stays focused
“Imposing our brand of hockey and our game is the foundation of our success”. Irbis captain comments on the semifinal series against Loko
“It’s been a while since anyone came back from being down 2-0. It’s time to fix it!”. Tolpar is ready to salvage the series against Dynamo
“They want to make pretty plays, that’s where mistakes stem from”. Dynamo and Tolpar went to the shootout
“There’s too much attention on these two players!”. Amirov and Bashkirov can’t help Tolpar
“The boys thought they had it secured when they were up 2-0”. Irbis almost salvaged Game 2 in Yaroslavl
MAMONTY YUGRY AND STALNYE LISY WIN AT HOME, ALMAZ BEAT RIGA AGAIN. FEBRUARY 25TH ROUND-UP
Share

Three regular season games took place in Parimatch Junior Hockey League on February 25th – one in the Western Conference and two more in the Eastern Conference. We take a closer look at them in this daily review on JHL official website. 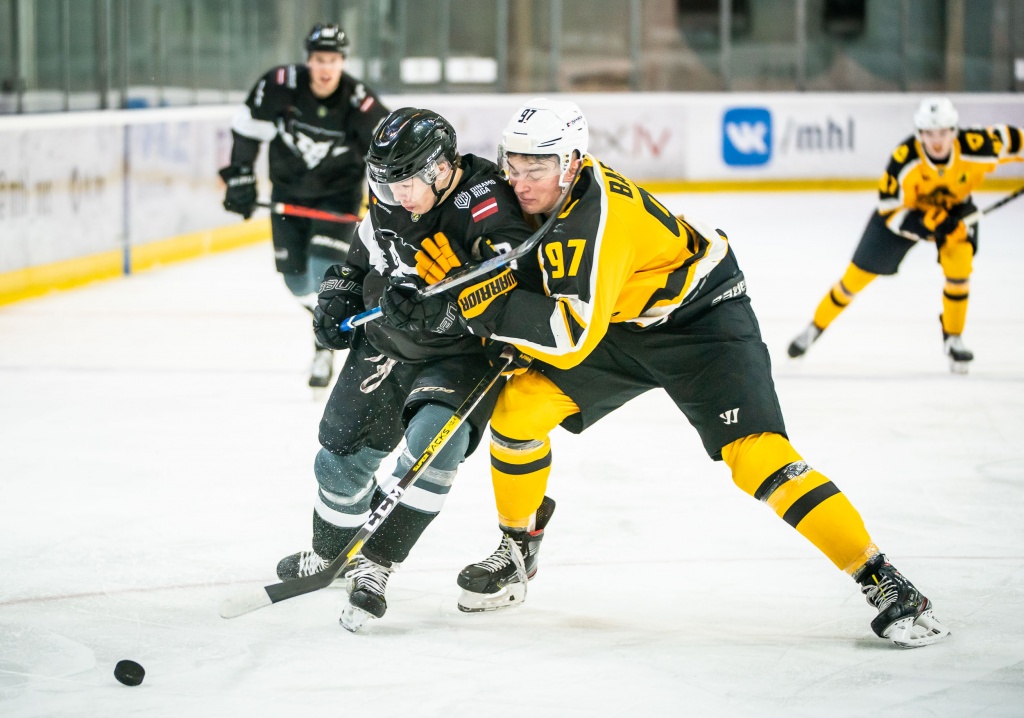 HK Riga and Almaz Cherepovets had been last to hit the ice the day before, while second part of their back-to-back series opened up the gameday this Thursday. Cherepovets had won the hard-fought first game and went on to get another victory, although the two points were difficult to get for the visitors. Moreover, they had to come back from behind as late in the opening period of play Kristers Brauns put Latvian team on the board. To Riga’s credit, they were much closer to letting a goal in in the first couple of minutes rather then scoring themselves. However, Cherepovets failed to get anything out of two consecutive power play attempts. First goal of the game came with just 90 seconds remaining to play in the initial period. Nevertheless, the hosts lost focus and Alexei Kapustin brought it back to even with just three seconds till the intermission.

The visitors had the momentum on their side in the second period of action. The stretch featured a lot of penalties and both goaltenders – Almaz’s Artyom Nazarkin and Riga’s Eriks Vitols – had to bail out their respective teams on numerous occasions. The visitors got to score the game-winning goal in the third frame. Four minutes into the stanza Almaz took the lead, while Cherepovets’ top-scorer Daniil Belyalov set the final score. Almaz Cherepovets win 3-1 on the road and with 77 points surpass JHC Dynamo St. Petersburg to gain sixth spot in the Western Conference standings. 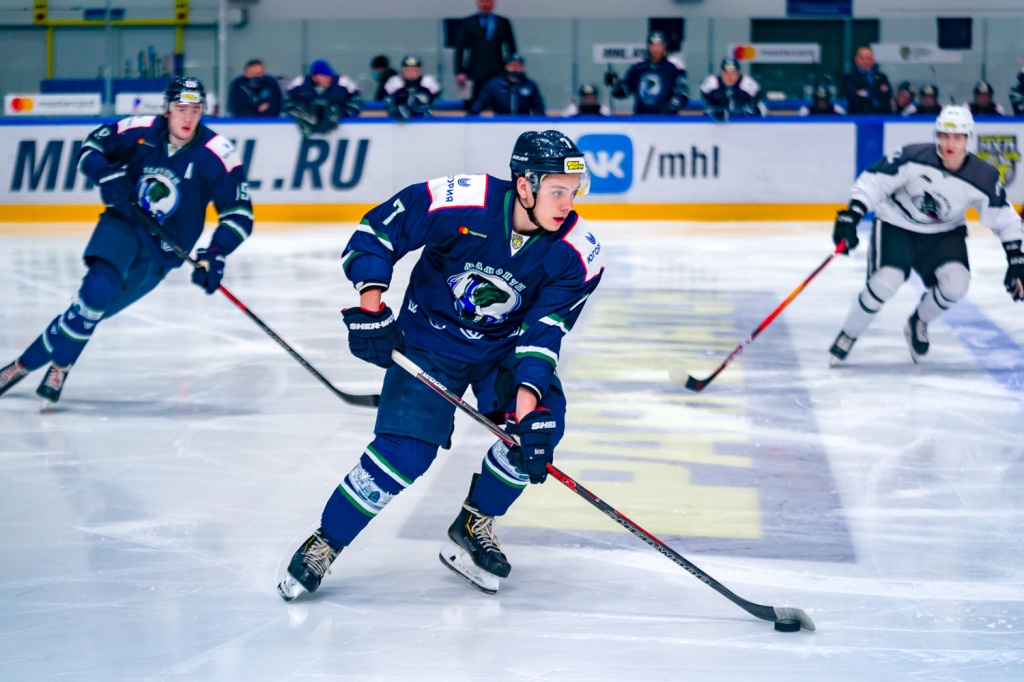 Mamonty Yugry Khanty-Mansiysk played hosts to Tyumensky Legion, who despite having long lost every hope of making the playoffs this season can still pose troubles for well-established favorites. Besides the two games in Khanty-Mansiysk were the last for Tyumen this season. As for the ‘Mammoths’, they were looking to get higher in the standings – the team was sitting seventh in the East coming into the tilt. Ilya Stupin allowed the first goal of the game but it was disallowed as game officials ruled a penalty on the play. Soon after that Tyumensky Legion took another penalty and Igor Safonov went on to capitalize on it. It didn’t take Mamonty Yugry long to score their second goal of the contest – Vasily Atanasov doubled the lead for his team.

With about 90 seconds remaining to play in the first period of action, Khanty-Mansiysk got a 2-man advantage. Arseny Varlakov hit the twine on the sequence, improving the lead to 3-0 for the ‘Mammoths’. The hosts were close to scoring their fourth goal in the second frame and their greatest chance came right before the intermission as Danila Vtorushin rattled one of the post. The goal did happen but late in regulation – Alexander Dobrovolsky found the back of the net. With this 4-0 decision on home ice Mamonty Yugry Khanty-Mansiysk rise to sixth place in the Eastern Conference standings. Ilya Stupin stopped 19 shots en route to a shutout win. 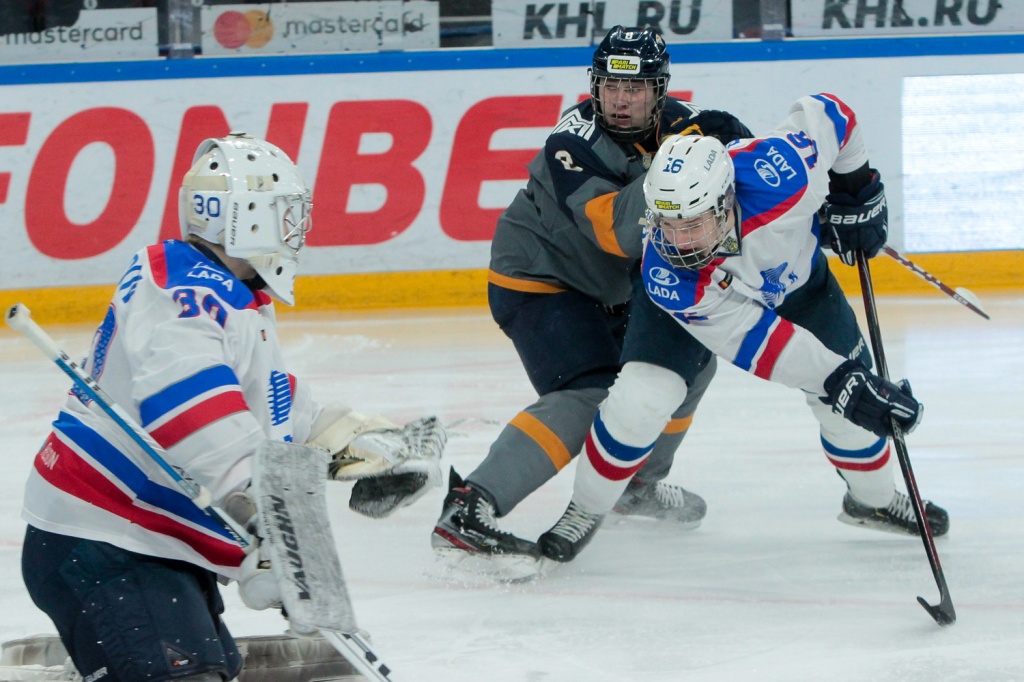 Second Eastern Conference matchup took place in Magnitogorsk. Local Stalnye Lisy eyed to beat Ladiya Togliatty and virtually guarantee themselves a playoff berth for the twelfth consecutive season. However, the visitors, who have long lost every hope of making the post-season this year, were in no mood to give up without a fight, even though they didn’t get off to a good start. The game began with Magnitogorsk buzzing around the offensive zone. ‘Steel Foxes’ were spending a lot of time down in Anton Vinogradov’s end. On top of that, after one of Togliatti forwards took a penalty, his team had to kill off penalty. Stalnye Lisy were awarded with a penalty shot right before the intermission but Veniamin Tsitser failed to capitalize on it. Fyodor Svechkov broke loose right after that but couldn’t get the better of Ilya Nabokov. Magnitogorsk went on to score two goals in the second period of action. First Yegor Moshkin redirected the puck home on Mikhail Gonchar’s shot. And midway through the frame Danila Yurov sniped another one.

Early in the third period Togliatti responded with a power play goal as their opportunity spilled over from the second stanza. Ralif Kashapov buried the rebound. Ladiya brought the game back to even almost immediately – Yuri Yukharev jammed home his own rebound, while Nabokov couldn’t do anything about it. Yegor Moshkin gave Stalnye Lisy their second lead of the game as he broke loose along with Andrei Mozyakin and slipped it past Vinogradov. The goal proved to be the winner. Stalnye Lisy Magnitogorsk gain two points on home ice and catch up to Sputnik Almetyevsk. Both teams currently have 70 points.