“I STILL CAN’T QUITE GET MY HEAD AROUND THE FACT I PLAYED IN A KHL GAME”. 13 KRASNAYA ARMIYA PLAYERS LACED THEM UP FOR CSKA “I STILL CAN’T QUITE GET MY HEAD AROUND THE FACT I PLAYED IN A KHL GAME”. 13 KRASNAYA ARMIYA PLAYERS LACED THEM UP FOR CSKA

CSKA Moscow played hosts to Dinamo Riga in a KHL regular season game on February 20th. Igor Nikitin’s coaching staff dressed as many as 13 Krasnaya Armiya players for the bout. We take a closer look at how almost three 5-man units played for the KHL team!

While Kirill Goloschapov, Takhir Mingachyov and two 2021 World Juniors participants Yegor Afanasyev and Danil Chaika had competed in KHL before, as many as eight Krasnaya Armiya players made their league debut. Roman Kalinichenko, Malik Alishlalov, Yegor Kuzminov, Dmitry Zugan, Danila Khulapov, Yegor Bryutov stepped on the ice for the first time as CSKA players, while 18-year-olds Prokhor Poltapov and Nikolai Makarov were the youngest men in the matchup. Goaltender Matvei Kiselyov backed up Alexander Sharychenkov and didn’t see any action.

Dinamo Riga went on to win 4-1. Among JHL players Ernest Osenieks was the only one to register a point as he picked up an assist. CSKA debutants couldn’t get a single point, but Yegor Afanasyev participated in his team’s only marker of the bout as he assisted on Nikita Korostelyov’s power play marker.

“Tonight we let our experienced players get some rest. They have had a very tight schedule,” explained after the game CSKA head-coach Igor Nikitin. “Krasnaya Armiya players helped us out. The boys gain great experience. Everyone played with their hearts on their sleeves. Tonight we lost in little details but this kind of thing comes with experience.” 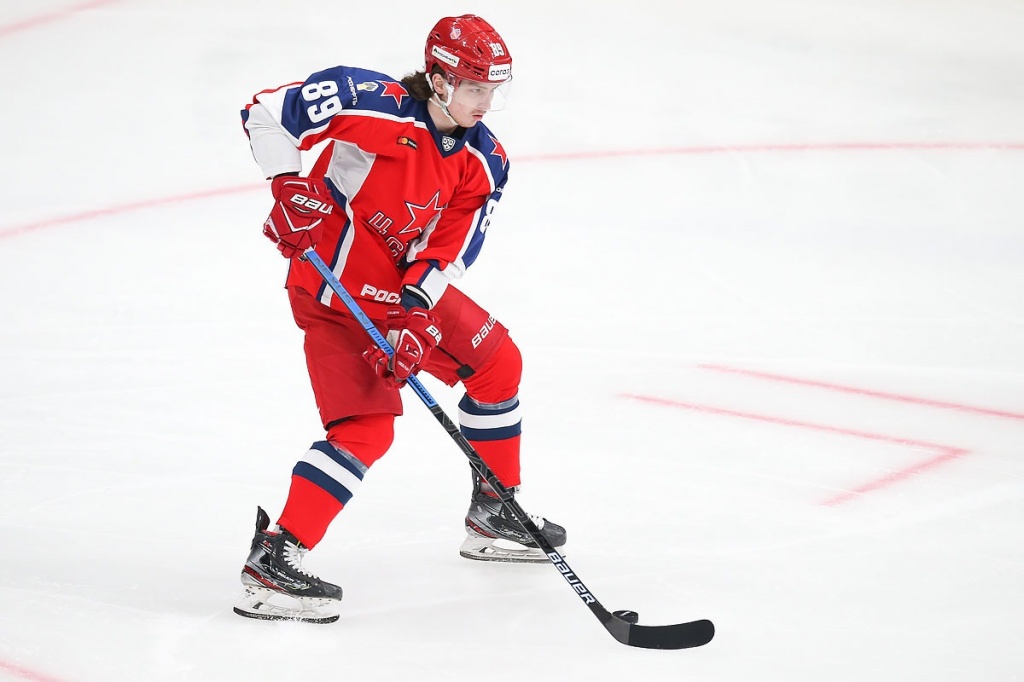 Krasnaya Armiya defenseman Malik Alishlalov is not only in his rookie season not only in KHL but in JHL as well. This is his first year in Russia after returning from North America.

“I’m happy to have returned home to Russia. JHL and KHL give excellent opportunities for development so it’s great to play here to make progress.

“How would I compare making debut in JHL and KHL? Obviously, tonight’s game was more emotional. It’s something out of this world. I don’t think I fully got my head around the fact that I played a game in KHL!”, noted the defenseman in this interview with Junior Hockey League media relations department.

- How did you find out you were to play for CSKA?
- It’s a funny story. It was in the evening. Our junior team had a day off. I was having dinner and some unknown number dialed me. I didn’t feel like picking up but I did. Turned out it was our team manager! That’s right. For some reason I didn’t have his number. Anyway, he told me I was going to play in KHL this Saturday. That truly made my day!

I told the news before the game only to my family. I didn’t really advertise it. I believe, my friends were surprised tonight when they saw me on TV!

- Was it easy to make a step up to men’s game?
- We are taught the same tactics on Krasnaya Armiya that CSKA uses so that it would be easier for us to adjust to men’s team. But the biggest aspect that helped to overcome the jitters and adjust to the game was the all-around support. Older guys helped us in everything and coaching staff supported us, which made it a comfortable debut. However, we are all professionals and we have to control our emotions. That’s why nobody had any jitters tonight.

- You took two shots tonight – more than any other debutant. What did you lack to score a goal?
- Our line lacked chemistry. I believe, had we had more time to build it up, we would have played better. I did my best to play the best defense I could and sometimes I would even save my energy on shots – so that I would have enough to play defense!

“MY SISTER AND MOM SUPPORTED MY FROM THE STANDS” 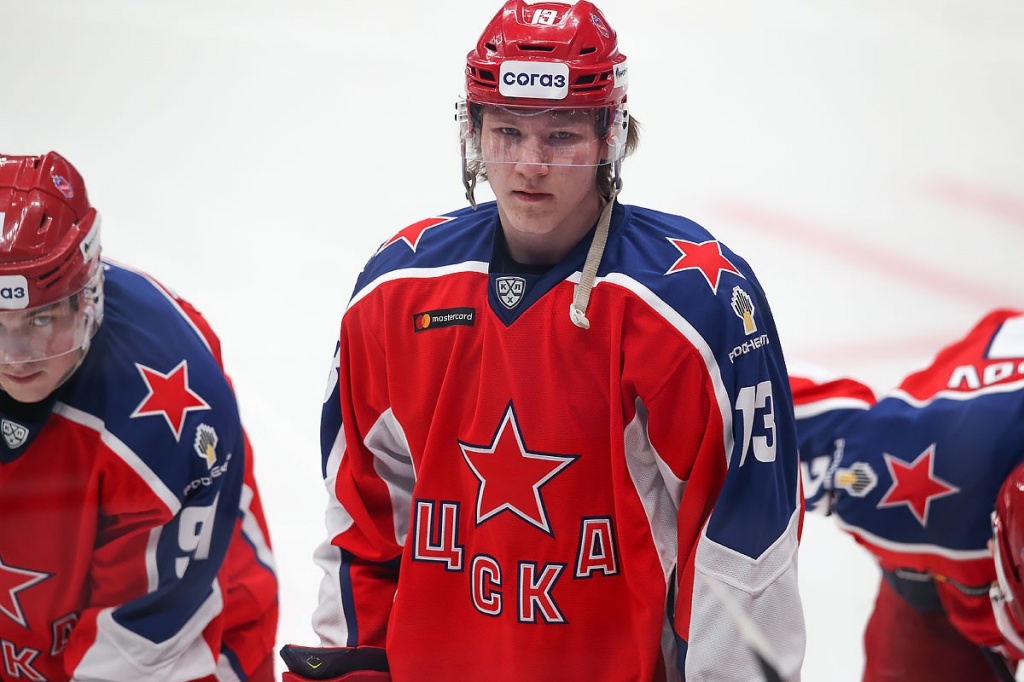 Krasnaya Armiya top goal-scorer and top-scorer Prokhor Poltapov couldn’t get his first KHL point in his first game but it didn’t affect his take on his inaugural game.

“We had a tough game. It was obvious that CSKA dressed a younger team. Sometimes we would let the opposition dominate over us because we couldn’t stick to coaching demands. It would be nice to get a win in the debut game but it didn’t happen. Despite the loss, making KHL debut lived up to everything I dreamt it would be! The ambience at the game effected my play. At first I felt a little nervous but after a few shifts I got it under control. My sister and mom supported me from the stands and, perhaps, a few other people saw me on TV!”, said Poltapov to Junior Hockey League media relations department.

- Why couldn’t your line get a goal?
- I believe, first of all, we lacked experience. Besides, we had just one full practice before the game and a 30-minute warm-up. We didn’t have the time to fine tune the chemistry.

- Krasnaya Armiya has a Junior Hockey League game tomorrow. Your team still hasn’t clinched a playoff spot.
- All of us our going to hotel to rest because we’re playing in both games against Kapitan [Stupino]. Three games in three days? We can do it! We’re all young and full of energy. We don’t practice for nothing! I believe, the game boosted everyone’s confidence. We gained experience playing with older guys and thus made a step forward. We sort of leveled up!