“I DREAM TO RETIRE ON A HIGH NOTE – WITH ANOTHER KHARLAMOV CUP”. QUOTES FROM LAST WEEK’S TOP PLAYERS HC Kapitan
News
“I am of the same “slow ship” style as my father.” Maxim Mayorov – about moving to Yaroslavl, national team debut and passion for tennis
“I bought a cake and gave flowers to my mom with my first paycheck.” Yaroslav Tsulygin – about his JHL debut with Tolpar
Was signed up for hockey at the age of three, was dressed as a goalie in an extreme situation and looks up to Datsyuk: take a closer look at the leader of Irbis and the hope of Ak Bars
Edgar Varagyan: “When we were on the plane, guys told me: “He is an enforcer, he would beat you up with no sweat.” I thought: things happen, he would beat me up and so what?”
“As time goes by, taking a flight to Sakhalin feels almost like being stuck in Moscow traffic.” Daniil Veremeichik – the JHL's Best Player on Social Media
“Working out in a gym is a type of rest for me.” Ivan Murashov had the best season of his career, dreams of playing in the KHL and has not eaten any fast food for two years
“Condensed milk is the only unhealthy food available for the national team.” Raul Yakupov – about the Black Sea Cup, the KHL debut and the season with Reaktor
“Four years in the JHL was a great time. Winning the Cup with Dynamo was the best moment.” Ivan Didkovsky about junior phase of his career
Share

“I DREAM TO RETIRE ON A HIGH NOTE – WITH ANOTHER KHARLAMOV CUP”. QUOTES FROM LAST WEEK’S TOP PLAYERS

Last week’s top players of Parimatch Junior Hockey League spoke out about their achievements. Kapitan Stupino goaltender commented on beating the top team of the Western Conference, Loko Yaroslavl defenseman weighed in on his team’s shutout streak and Sibirskie Snaipery forward shared his thoughts on his team making the playoffs this year. 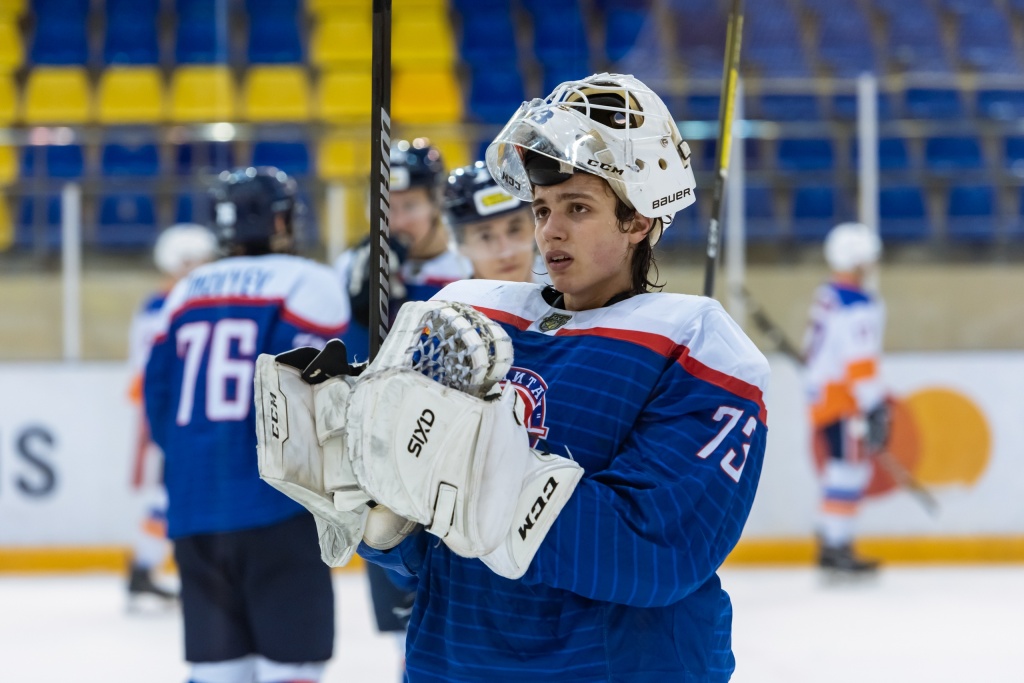 - Kapitan beat several teams from the playoff zone in recent games, including SKA-1946 St. Petersburg and Atlant.
- It’s always easier to get pumped up for the games against the top teams of the league. The most important thing is that we believed in ourselves and our coaches helped us a lot in that regard. We felt that we could beat even mighty opposition like that. The fact that the fans could come to the games after a long time also had an effect. The stands were full. It was easier for me to play like that. The ambience at the rink changed. Everything came to life on the ice and on the bench. With no one in the stands it feels like you’re in a scrimmage. The emotions are completely different!

- Despite the victories Kapitan has already lost every chance of making the playoffs this year. Do you play now without the weight of result slowing you down?
- This season our team molded in the final form really late. We lost so much time figuring out our tactics and plays. We got things rolling only late in the regular season. As for making the playoffs, I believe, we had to play as hard as we could in every game, show what we were capable of and gain experience. So missing the playoffs hasn’t really affected me in one way or another.

- You did especially well in the second game against Atlant Moscow Reigon. You stopped 44 shots, 22 of which came in the second period of play.
- Every game against Atlant is a Moscow Region rivalry. These games are extra important! We took a lot of penalties in that game, combining for 28 penalty minutes and yet we managed to pull through. I got in the zone but it was tough after the game. Especially, mentally-wise. I had to stay focused to the max throughout the game and constantly keep track of the puck. The fatigue came in as well but I was really for such physical demands. That’s where the summer camp comes in handy.

- Kapitan’s season is winding down to an end. How did it go for you?
- First thing that comes to mind is the great pre-season tournament in Sochi where we faced U20 Team Russia I would also point out the games against strong opponents that we won. That sure felt great. Another good memory would be making to Junior Hockey League Top Players of the week list. I was the first Kapitan player to do that. Although, it’s really a product of our whole team’s work. My teammates helped me a lot. All in all, this season turned out to be the best in my career. I was getting more ice-time than I did a year before when I had to battle for a roster place with an older and more experienced goaltender. Now I’m getting a lot of trust from our coaching staff. Besides, I made personal progress this season. I got older, changed the way I think of certain things and started working harder. All that affected the result. 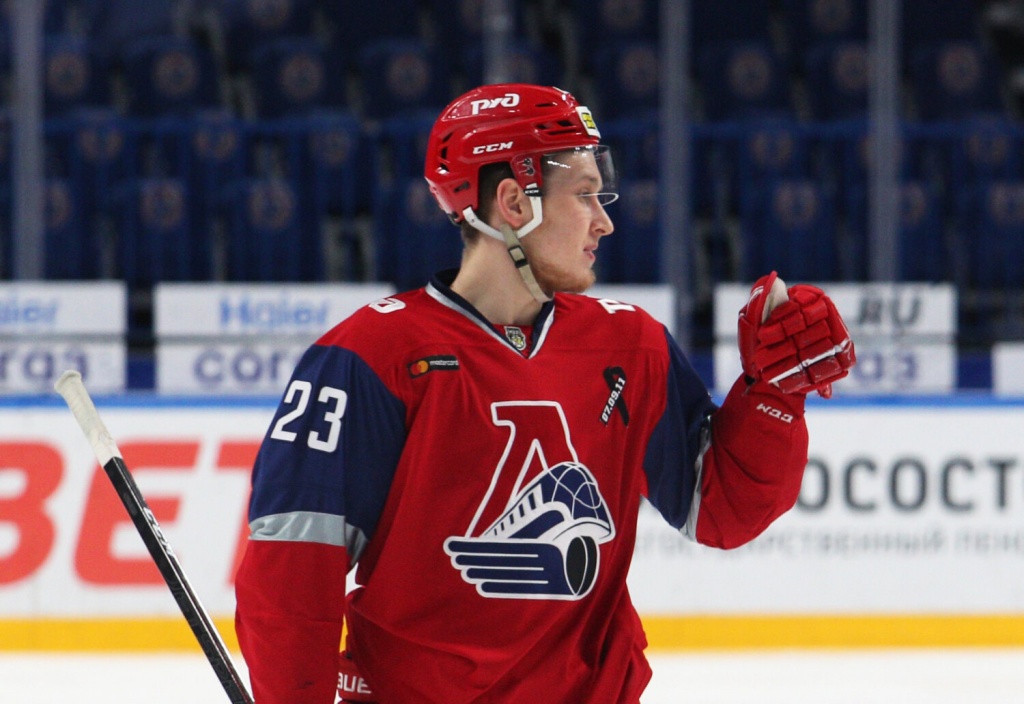 - Last week Loko enjoyed three consecutive shutout wins.
- We do our best to play a fast-paced and passing brand of hockey. We played with a lot of focus late in those games. We wanted to help [Loko goaltender] Yegor Guskov get another shutout because he has a chance to tie Junior Hockey League record. Although, we didn’t receive specific orders from our coaching staff to play defensive-minded hockey.

- Loko concedes the fewest goals in Western Conference.
- I follow team statistics and I know that we have the best goal differential in the league. As a defenseman, I enjoy greatly seeing the statistics – it shows the quality of our work. I believe, we were able to achieve the result largely thanks to our defense coach Denis Sergeyevich Grebeshkov. He used to be a very famous hockey player. His experience is enormous. And now he’s relaying it to us. He explains to us a lot of important nuances and that leads us to great results.

- Would you say that your games against SKA-1946 St. Petersburg were special?
- SKA-1946 is a key opponent for us. Besides, we’re currently disputing the top place of the conference standings so it was important to beat a Top-3 team. ‘Army men’ are a quick-paced team with great offense. All of their players are skilled but we were able to keep them at bay. We didn’t play against their top players personally – neither against [Alexander] Gordin, nor against [Matvei] Michkov. We just played our usual system. Everyone has the same motivation going into regular season last games – clinch the first place in the West!

- You have games against JHC Dynamo Moscow coming up. That’s where the top place of the Western Conference standings is going to be sealed.
- I believe, everything is going to be decided in these games, although there are still six games left in the regular season. I want to get even with Dynamo for losing to them in the first half of the season. Back then we got a few unlucky bounces but this time around everything is going to be different. Our team changed. Loko was joined by players from VHL and KHL. We’re on a roll now! We got lucky to have such a tight schedule ahead of the playoffs. We can test our strength against the strongest teams of the Western Conference.

- You’re currently third in Junior Hockey League in plus-minus among defenseman. Is getting on top of the list one of your goals?
- I’m more worried about our team statistics, although it is nice to be among the top players in individual numbers. This is my last season in Junior Hockey League so I dream to retire on a high note – with another Kharlamov Cup! 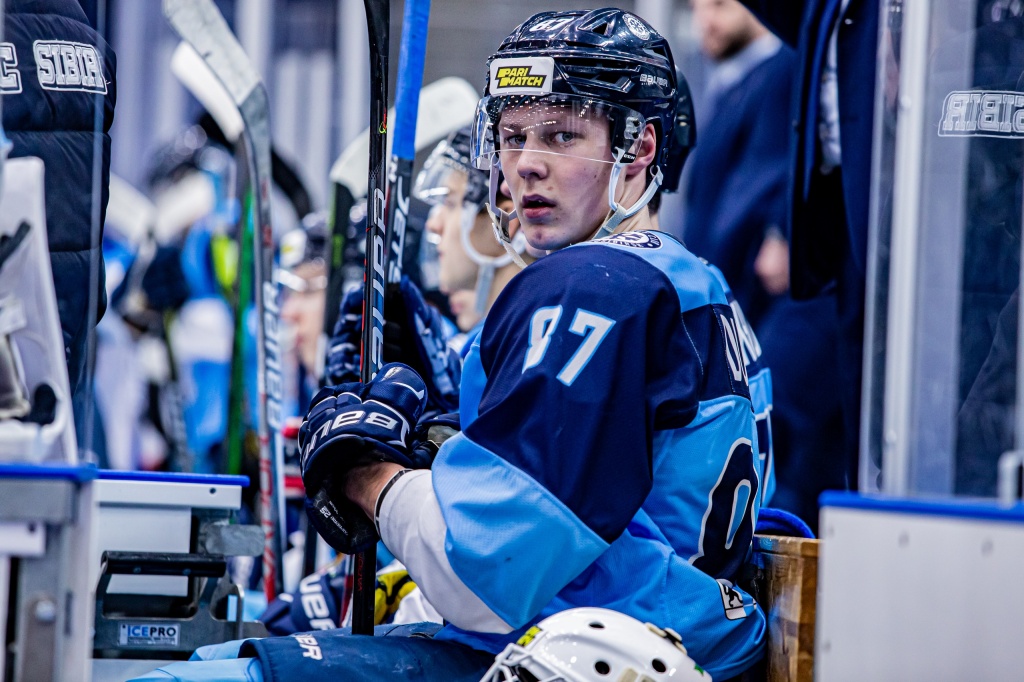 “Sibirskie Snaipery are going through an intense stretch of the season right now. We battle for the playoffs. The ambience on the team is great. Everyone is focused on working hard. Everyone understands what we’re getting on the ice for. The tough tournament situation doesn’t weigh down on the players. We have the most important games of the season ahead of us. We play against our direct competition in the battle for the playoffs – Mamonty Yugry [Khanty-Mansiysk]. Everyone is pumped up to the max! I really want to get to the playoffs. I didn’t get to go to Gagarin Cup Playoffs with Sibir. It would be great to compete for the cup with our junior team. Especially, given the fact that this is my last Junior Hockey League season.

- Do you keep an eye on the standings?
- I don’t check on the standings too often but other guys constantly monitor the situation and tell me how things are going. So our whole team is aware of our tournament situation. Early in the season things were going alright for us but we hit a slump at a certain point and dropped from the playoff zone. We’ve gotten over the crises now and our team has been on a roll lately. We do everything we possible can to make up the lost ground.

- Some teams make bets with their coaches for extra motivation. For example, last season every player on Sputnik Almetyevsk had to shave their hair off because they didn’t make the post-season and lost a bet to their coach.
- Actually, that’s a great idea but we haven’t gotten to the point yet. We still have a few games ahead of us so the jury is still out on that one. Maybe we will make such a bet indeed!