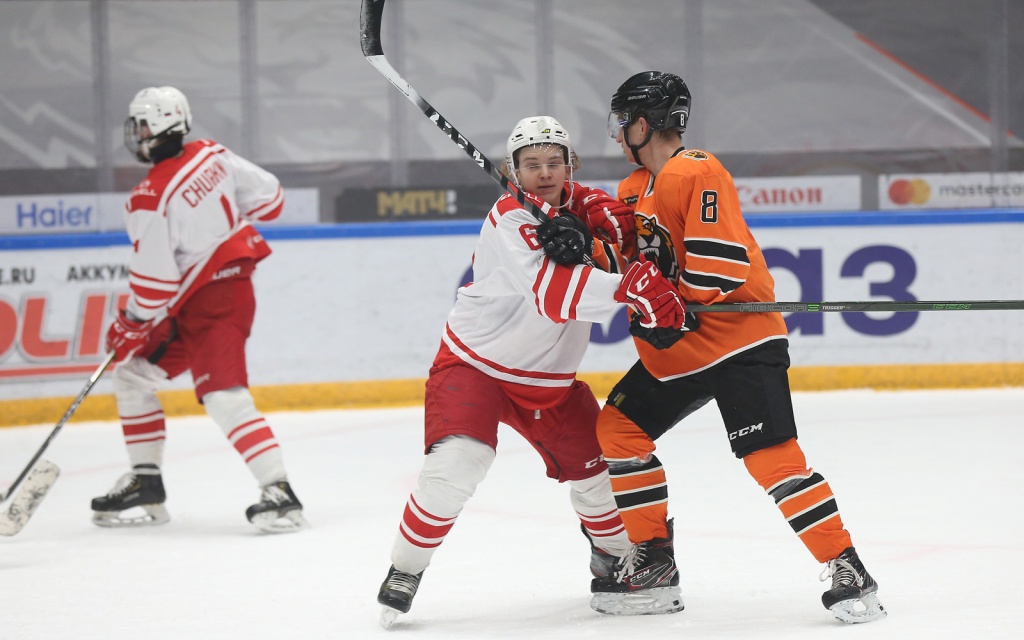 The day before the red-and-white enjoyed a 6-2 win. The visitors decided to aim for the same result and scored six more goals in their second game of the back-to-back series against Amurskie Tigry Khabarovsk. However, the game began just as the previous bout – there was just one tally in the opening period of play and it was the ‘Tigers’ who got it past goaltender Platon Zadorozhny. Igor Shmelyov found the back of the net. JHC Spartak Moscow had the momentum on their side in the second frame and essentially secured the victory. It all began with Ruslan Novruzov getting the gate. Dmitry Silantyev scored a shorthanded goal to tie things up and midway through the period Matvei Kokovin put the visitors in the lead.

In the six remaining minutes before the second intermission Spartak scored three more goals and it was Ruslan Novruzov who got all of them. Yegor Maklozyan picked up assists on every marker. Khabarovsk went on to win the third stanza 2-1 but it was hardly of any consolation. Between Ilya Rashibullin and Vladislav Leschenko’s goals Silantyev squeezed in his second shorthanded tally of the game. As a result, Spartak beat Amurskie Tigry for the second consecutive time, prevailing 6-3. With these two points the red-and-white increase their gap from Krasnaya Armiya Moscow to four points.