“I DREAM TO FOLLOW EVGENY NABOKOV’S FOOTSTEPS IN METALLURG”. TOP PLAYERS OF THE WEEK SHARE THEIR STORIES “I DREAM TO FOLLOW EVGENY NABOKOV’S FOOTSTEPS IN METALLURG”. TOP PLAYERS OF THE WEEK SHARE THEIR STORIES

Top players of the past week in Parimatch Junior Hockey League regular season open up about their success. Stalnye Lisy goaltender gave his take on his great namesake, Atlant defenseman explained what he sees as his way of making franchise history and Loko forward spoke about Yaroslavl’s super line. 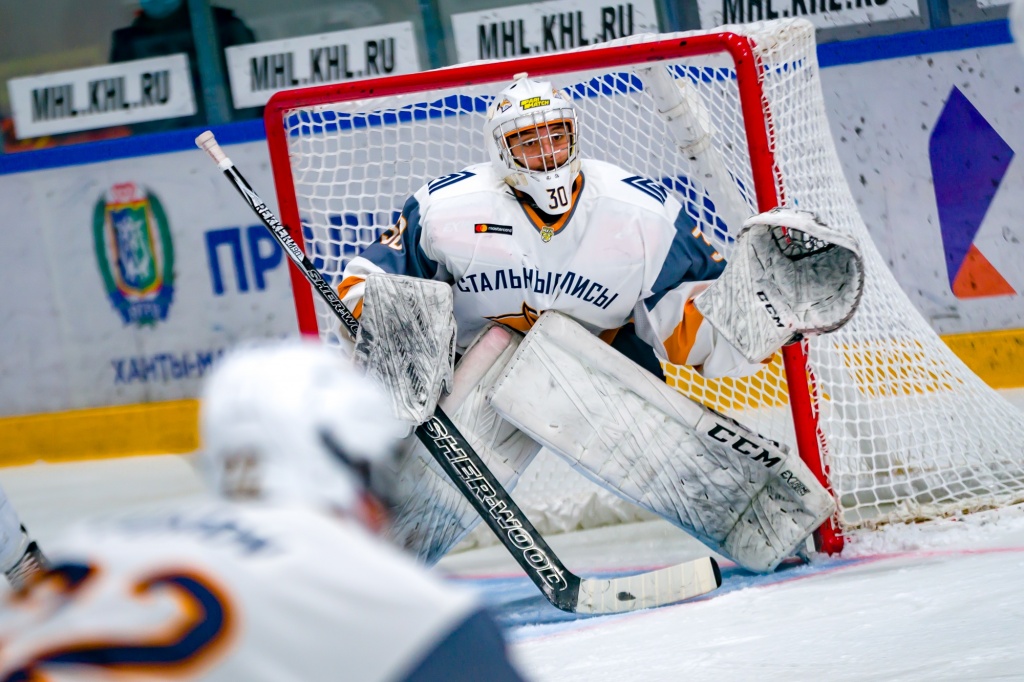 “This is the most important stretch of the season. Stalnye Lisy continue to battle for the playoffs and that’s why everyone feels a great responsibility,” says Nabokov. “Magnitogorsk hasn’t missed the Kharlamov Cup playoffs a single time and we don’t want to see the streak come to an end.

“I check the standings quite often. I look at how many points we are away from the ninth place. Eastern teams are pretty tight in the table, a single point can play a huge difference. We have games against our direct competition ahead of us – Omskie Yastreby and Sibirskie Snaipery. A lot depends on the outcome of those games. We have a slight advantage in the fact that we play the games at home. We have an upcoming 14-game home series in February so we’re going to have our fans behind us.”

- You allowed a fluke goal in the game against Mamonty Yugry.
- They were dumping the puck in and I went to cut it off at the boards. I made a mistake and lost track of the puck. It ricocheted off the glass and went into the net. It’s was a very frustrating goal. I had never allowed anything like that before. But I did my best not to get fazed by it. I had to keep playing so I was able to stay calm.

- The 2019-20 season was your first full Junior Hockey League season.
- Last season I played just two games in Junior Hockey league but that experience helps me a lot now. I understood the level of the league and saw my team in action. So I knew in the summer what I had to get ready to. This season I’m getting a lot of ice-time in JHL and they also call me up to practice with the KHL team. I even went on a few road trips with Metallurg and was dressed as a backup for the game in Minsk! Vasily Koshechkin get a minor bump so they decided I would be the backup for Juho Olkinuora. I was very nervous at the warmup but then I calmed down and was ready to jump into action had the need arose. It’s a huge experience to practice with such a veteran group. I watch Koshechkin and Olkinuora and peel certain things off their game. They’re always ready to help me out, support and give advice.

- Back in 2005 your great namesake Evgeny Nabokov also played for Metallurg.
- When I was a kid I didn’t even know there was a goaltender like that. I learned about Nabokov only after I had gotten into hockey and become a goaltender. Actually, some people still don’t know that I’m just his namesake. Some websites still claim that I’m Evgeny’s son or some relative. My last name draws a certain attention.

I have a dream to become Evgeny’s successor of some kind at Metallurg. I will work hard and do my best to make the KHL team. Although, Evgeny and I have different jersey numbers. His was #20, while mine is #30. I picked it back when I was a kid and I haven’t changed it since. Looks like I’m going to try to become Nabokov 3.0 (laughs). 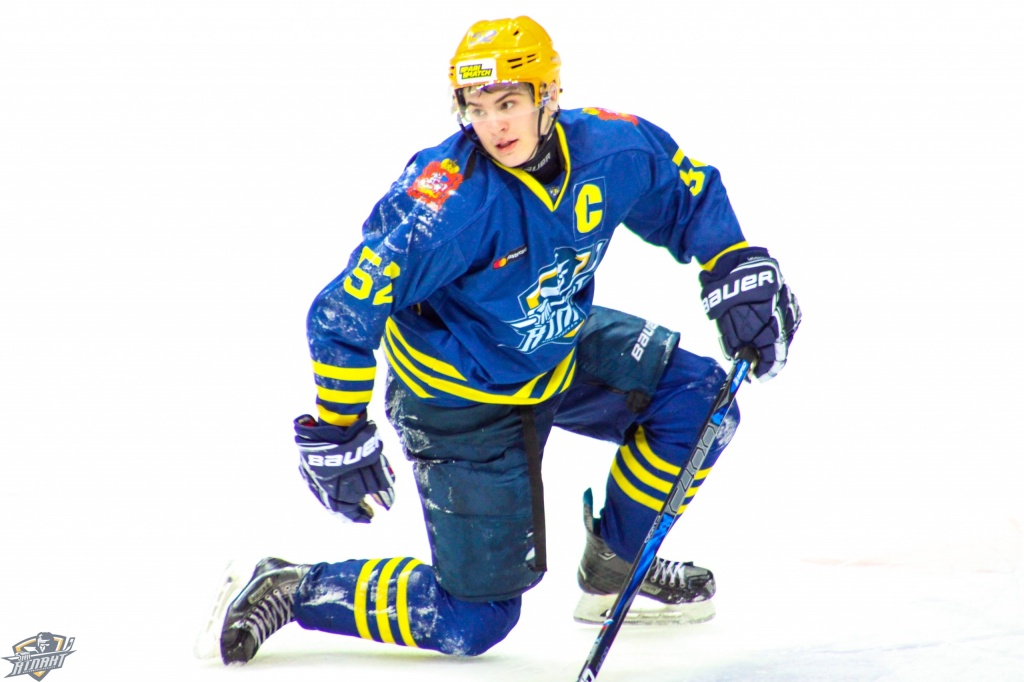 - Atlant is in the playoff zone this season, even though a year ago the team had been one of the underdogs. Where does the progress stem from?
- Last season Atlant was going through a rebuild. New coach came in and there were also a lot of rookies. It took us a while to get used to the new tactics and adjust to the team. That’s why we lost a lot of point early in the season and couldn’t make up for it. We kept three lines from last season and we helped the rookies to adjust quickly and get the chemistry going. Besides, we began the season with a win at Tula Region Governor Cup. And we also beat SKA-1946 [St. Petersburg] in our first game of the regular season. Those wins really inspired us.

- Atlant continue to battle for a playoff berth.
- We haven’t secured a spot in Kharlamov Cup playoffs so far. That motivates us to win every game. We’re tied in points with our direct competition so losing is not an option for us. We follow the standings closely as well as the schedule and stay on our toes. It has been a while since Atlant made the post-season so we really want to make franchise history by ending the drought and competing for the cup. It’s really important that we beat our direct competition in our last games – JHC Dynamo St. Petersburg who also look to make the playoffs. We didn’t let them to separate from us in the standings and tied them in points. Those games turned out to be truly special because everyone knew we were battling for four points! 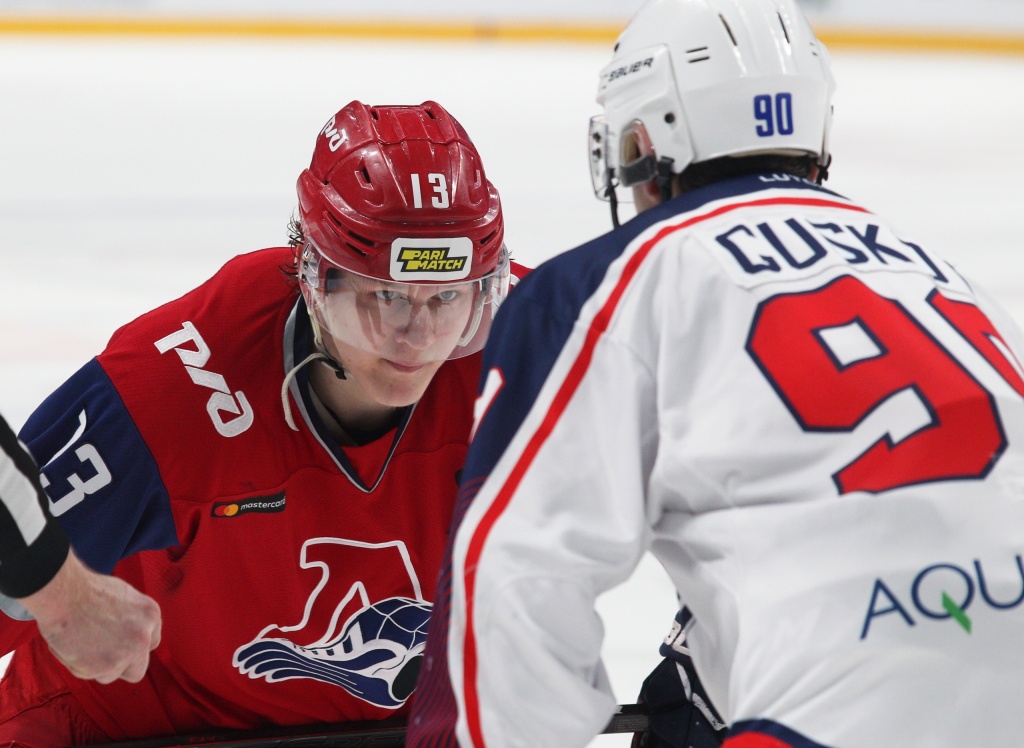 - You’re coming off two wins against Amurskie Tigry Khabarovsk, combining for 17 goals over the stretch.
- We were able to score a few quick goals in the first game. The game was essentially over so we just played for fun. Every shot was going in and everything clicked. That’s why the win was so lop-sided. After the game Amurskie Tigry captain Semyon Sidorov recorded a video for Khabarovsk fans and asked to excuse the team for the loss. When we saw the video, we realized that the second game was going to be intense. And that’s exactly what happened. The game was even up till the third period. We managed to edge them only in the final frame.

- Loko won all games but one in January – Yaroslavl lost to Krylia Sovetov Moscow on home ice.
- Krylia Sovetov were motivated because they continue to battle for a playoff berth. Perhaps, we weren’t focused enough because we had beat serious foes coming into the game – Krasnaya Armiya [Moscow] and Russkie Vityazi [Moscow Region].

- Loko is just one point behind the top team of the Western Conference.
- Everyone on our team really wants to get on top of the table. That’s our goal for the rest of the regular season. [JHC] Dynamo [Moscow] are coming to Yaroslavl soon. We really want to bounce back after losing to them on the road and catch up to them in the standings. We check the standings often to see how many points we are behind. Besides, we also check the bottom-4 teams of the playoff zone to have an understanding of who we can meet in the opening round of the post-season.

- You’re second in every following statistical category – goals, points, assists and plus-minus. Do you aim to surpass your teammates at least in one of these categories?
- My friends and linemates are on top of these categories and I’m happy for them. Every player on our line produces a lot of points. We do our best to live up to our coaching staff’s expectations of us because they trusted us with a lot of ice-time. What is the secret of our line’s success? We have just played a while with each other so our chemistry is through the roof. I know exactly where Ilya Chefanov is going to skate to get open and what is Ruslan Abrosimov going to do next.