Sarmaty almost catch up to Sputnik 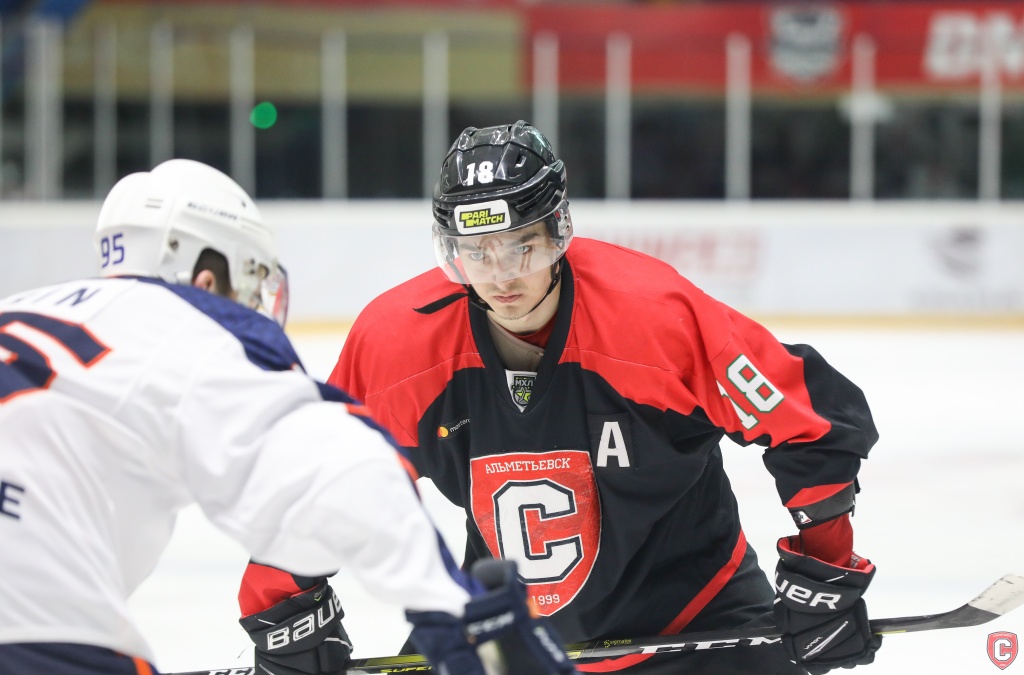 One of the top teams of the Eastern Conference Sputnik Almetyevsk faced off against Sarmaty Orenburg once again. Bogdan Korotkov’s sole marker had proved to be enough for Almetyevsk to edge the opposition and remain among the Top-3 teams of the conference. With a second win Sputnik would close the gap to Chayka Nizhny Novgorod to three points. The hosts managed to open scoring in the first period of play but this time around the goal came rather late – Timur Zakirov converted on his team’s initial penalty. Sputnik dominated in the following frame, scoring three more goals. Islam Garayshin and Vyacheslav Kolesnikov improved the lead to 3-0, while Andrei Sholgin made the visitors pay for a misconduct call on Klimentyi Shindyayev closer to the second intermission.

To Orenburg’s credit, they didn’t give up and almost pulled off a comeback. It began with German Tochilkin finding the back of the net on a penalty kill. Getting their fifth man out of the penalty box Sarmaty turned it into a 4-2 hockey game as Klimentyi Shindyayev hit the target. Four minutes later Ilnar Fakhrutdinov brought Sarmaty back to within one but that was as close as the visitors could get, even though they buzzed around Makar Kositskikh’s net right till the final buzzer. As a result, Sputnik beat Sarmaty for the second consecutive time – this time edging the opposition 4-3.

Atlant beat SKA-Varyagi, catch up to Russkie Vityazi in the standings 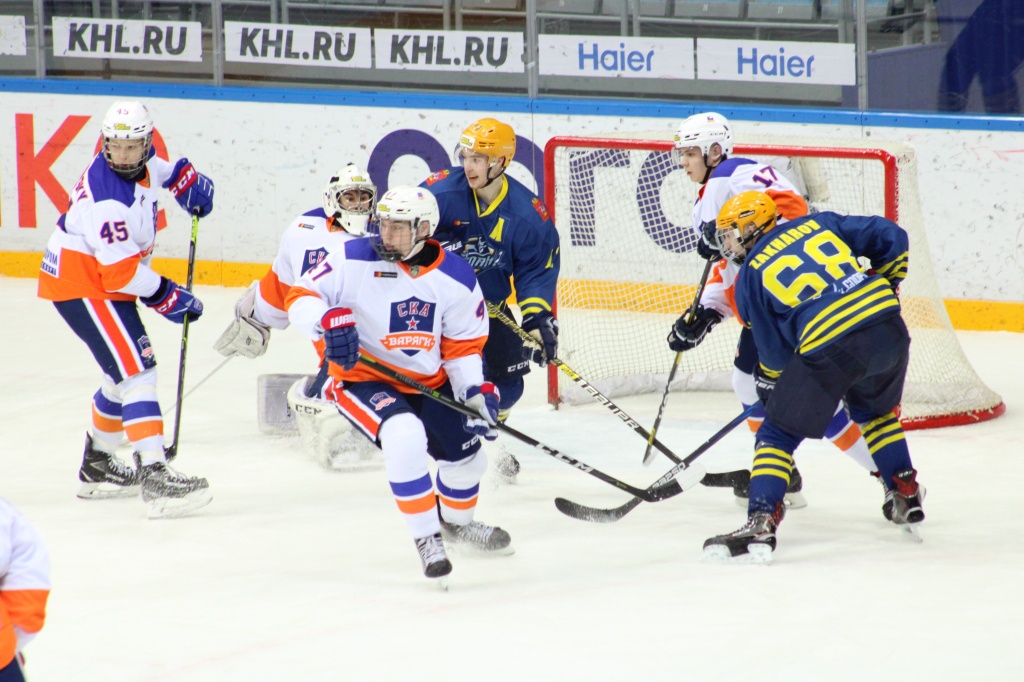 Atlant Moscow Region faced off against SKA-Varyagi St. Petersburg in Mytischi. Moscow Region had to win to catch up to Russkie Vityazi, who are currently eighth in Western Conference standings. The hosts took a penalty 13 minutes in and St. Petersburg went on to convert on the ensuing power play – Matvei Kabush found the back of the net. Atlant responded with just two seconds remaining to play in the period. Alexei Zhukov got the late equalizer. Semyon Kareyev put Moscow Region in the lead just 22 seconds into the following stanza but SKA-Varyagi answered with two goals in quick succession – Vladislav Romanov and Evgeny Sapelnikov got a tally each to put St. Petersburg back in the lead. The pace of the game slowed down after that, both teams failed to capitalize on their power play opportunities and SKA-Varyagi carried a 3-2 lead into the third period of action.

The visitors ran into a penalty problem after the break. They took two consecutive penalties and Mikhail Kalashnikov brought it back to even as he converted on the 2-man advantage. Yarut brothers won it for Atlant – Mark Yarut got the goal, while Kirill Yarut and Kalashnikov picked up the assists. With two minutes remaining to play in regulation the visitors got a penalty shot called against them and Alexei Zhukov showed no mercy. Atlant enjoy a crucial 5-3 win on home ice and catch up to Russkie Vityazi in Western Conference standings.

Ladiya win the shootout in Nizhnekamsk 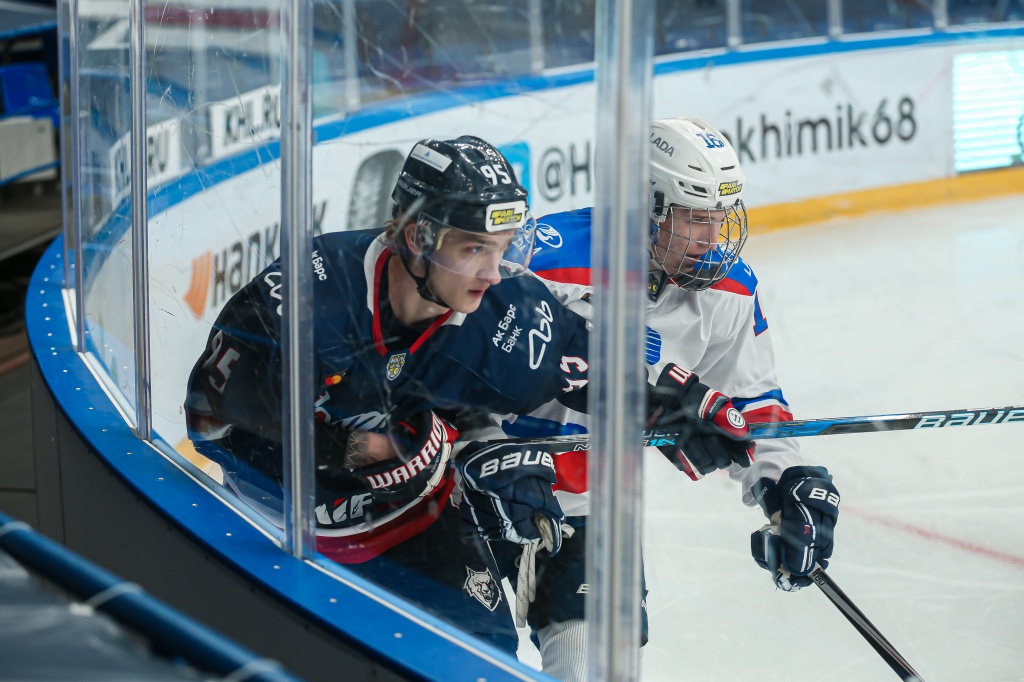 In the final game of the day Ladiya Togliatti faced Reaktor in Nizhnekamsk once again. Togliatti closed the gap to eighth place in the Eastern Conference to just eight points and were looking for a victory to catch up to Omskie Yastreby, who currently reside at 10th place. First period of action featured a lot of goals. Togliatti took the lead three times to which the hosts responded with two tallies. Aidar Kharisov and Grigory Morozov scored for Nizhnekamsk, while Dmitry Belenchuk, Artyom Yakutov and Igor Khlopotkin got a tally each for Togliatti. The visitors continued to dominate in the second period of action and managed to build on their lead. Yegor Filippov’s goal was confirmed after video review as the officials decided there was no goaltender interference on the play and in the very next shift Khlopotkin netted his second of the game. That took Ladiya to a 5-2 lead after 40 minutes of play.