U18 IIHF WORLD CHAMPIONSHIP SILVER MEDALIST OPENS UP ABOUT HIS POTENTIAL WRESTLING CAREER, GEORGIA AND THE PROBLEM OF HAVING TWO RAIL STATIONS IN ONE CITY U18 IIHF WORLD CHAMPIONSHIP SILVER MEDALIST OPENS UP ABOUT HIS POTENTIAL WRESTLING CAREER, GEORGIA AND THE PROBLEM OF HAVING TWO RAIL STATIONS IN ONE CITY

In today’s edition of our traditional Saturday series Not A Word About Hockey we’re going to sit down with U20 Team Russia, CSKA Moscow, Zvezda Chekhov and Krasnaya Armiya Moscow forward Takhir Mingachyov. U18 IIHF World Championship silver medalist shared that he wanted to visit Georgia and gave advice regarding rail stations in unfamiliar cities.

- I like to rest in bed after games and practices either watching TV or procrastinating on my phone. I’m lazy when it comes to reading books, I admit it (smiles).
- I would very much like to visit Georgia. I have a lot of beautiful pictures of the country. The nature there is incredible – mountains, bodies of water, forests. I would really enjoy taking a stroll down ancient city of Tbilisi. All in all, I dream of visiting the Caucaus and see its incredible sights with my own eyes. I would also like to visit Indonesia for its resorts.
- My friends and I often walk around Moscow. We go to Red Square or VDNKH park. We often go to computer cafes because of its special ambience. You just can’t the same ambience playing videogames at home.
- I’m an omnivore. I decide on my diet myself. My favorite meal is French styled cooked meat.
- I live at a hotel and I can’t have any pets. To be honest with you, I have never had any.
- My favorite movie is a comedy Les Intouchables. I must have watched it about five times and it gets better every time. You begin to notice details you’ve missed the previous time.
- I really like listening to music, I always have my earphones on me. The latest song I have added to my playlist was Kombat by Lyube. 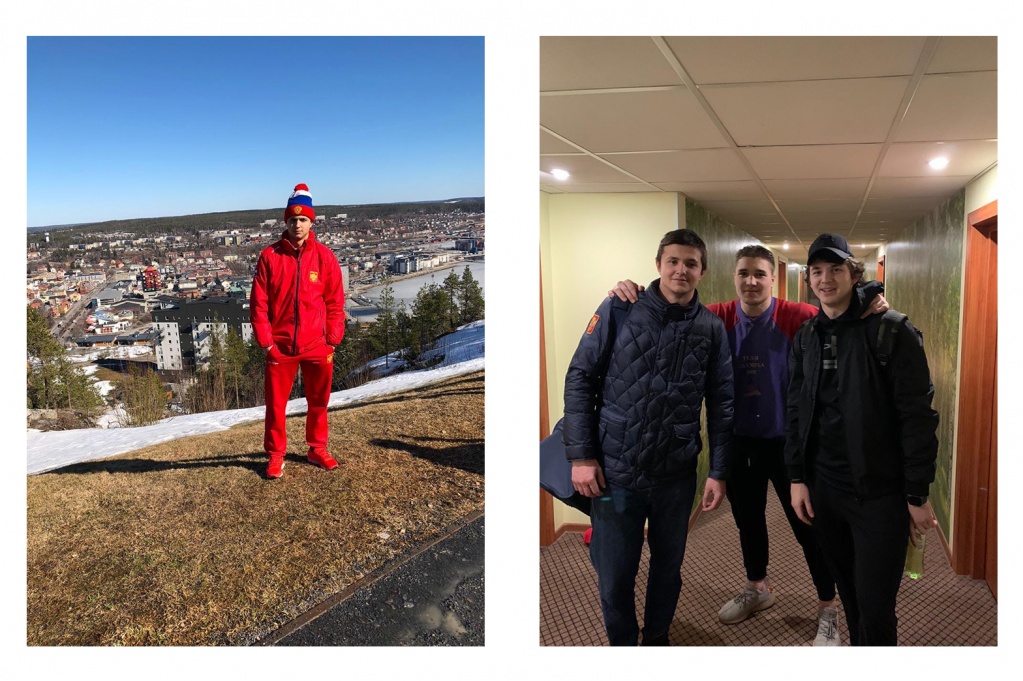 - I have a great work ethic and I’m aggressive on ice, which helps me to battle for the puck when I play hockey. Sometimes I can blurt out something without thinking it over first. Although, I ask for forgiveness afterwards. I have to learn to contain myself in certain situations. I always get up in great mood on gamedays. I have never felt tired so much that I would get up not feeling like going to the rink.
- A real man must be wise and have a head on his shoulders. He must be able to defend himself. Sometimes he has to be strong and sometimes he has to be kind. But you can’t be nice to everyone.
- I don’t consider myself a superstitious guy. But I will tell you this, when a black cat crosses the street in front of me, I do feel uneasy.
- I don’t play poker and I never place any bets. I’m a gambler only when it comes to playing hockey.

- I don’t have a role model when it comes to men’s fashion but it’s always great to see those who dress well. I can tell you that my beard almost doesn’t grow but my girlfriend likes me without it anyway.

- My girlfriend Sabina likes hockey, she watches my games and worries about me. She studies in a medical university and she also has her own female showroom. I first saw her on Instagram and then it turned out that she had seen me before at another event. I even got a little frustrated that I hadn’t noticed her there. We started talking and that blossomed into a relationship.
- Hopefully, in the future, when I’m going to have a son, he’s going to look at me in awe and aspire to follow my footsteps. May God help me achieve the heights that would allow me to be an example for my son. As for my daughter, I would rather see her finish her studies first and then, perhaps, get into sports.

- If it weren’t for hockey in my life, I would have probably become a wrestler. A lot of guys were into wrestling at my school, so I would get involved in that.
- I study at Samara Energetics College. I’m in my final year. Every now and then I’m sent homework and I do it. This college means a lot to me. I’m thankful to its management and professors for treating my hockey career with understanding.

- One time my friend and I had to get from Voronezh to Moscow by train. We calculated everything. We had just enough time to get to the rail station and get on the train. We got there just in time but who knew there were several train stations in Voronezh? We panicked, ran to another station and obviously didn’t make it. We went to the ticket office and had our tickets exchanged for a train that was leaving in 20 minutes. They even gave us some money back because those tickets turned out to be a little cheaper. My friend and I laughed for a long time after that. Here’s the moral of the story – always check the name of the station ahead of time when you find yourself in an unfamiliar town.

- My girlfriend and I have identical scars next to our eyes. I don’t know how it happened but I don’t think it’s a coincidence.