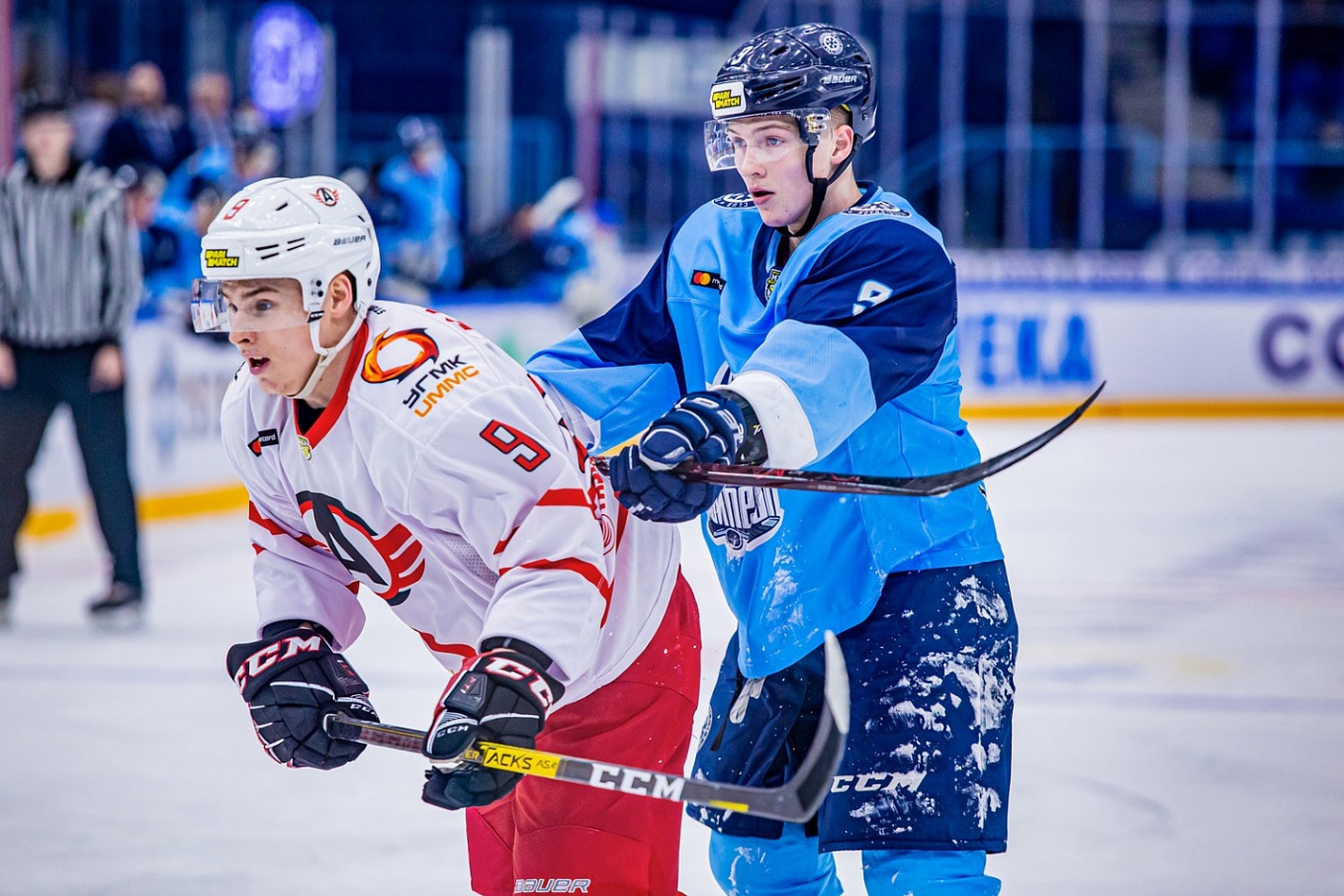 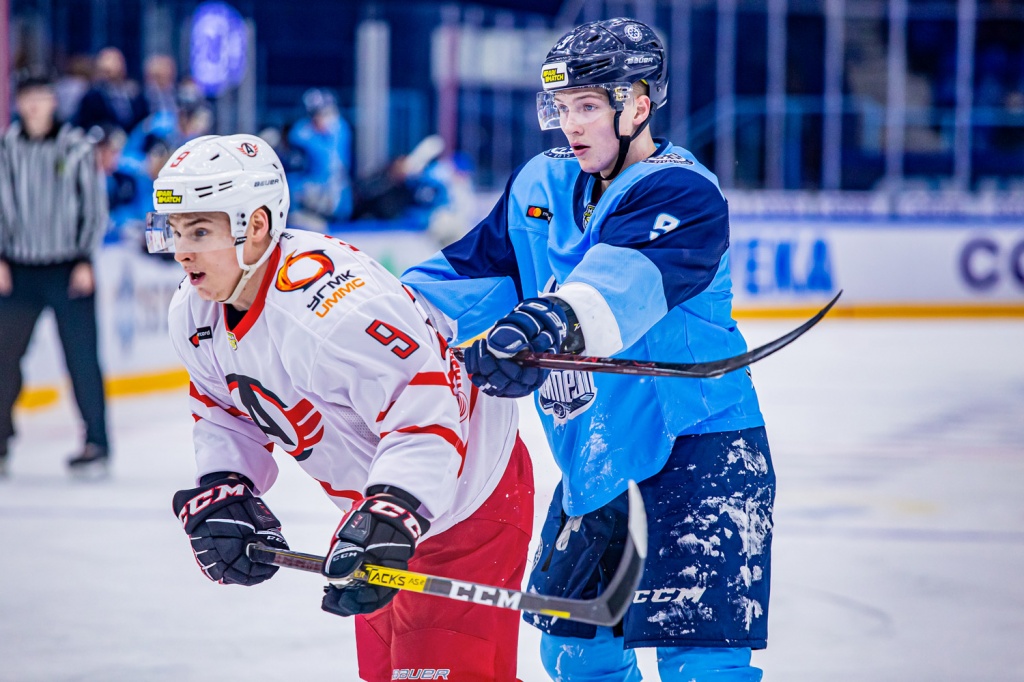 First Eastern Conference game of the day took place in Novosibirsk where Sibirskie Snaipery eyed to return to the playoff zone as they faced one of the top conference teams Avto Yekaterinburg. Home team looked better in the first period of action, taking twice as many shots as the opposition but they managed to get on the board only late in the second frame. The ‘Snipers’ had a power play spilled over from the first stanza and it led to Vladimir Oparko finding the back of the net. Four minutes into the period Ivan Klimovich imporved the lead but Yekaterinburg rallied back and got even before the second intermission as Semyon Bondar notched a pair of tallies.

That was all of the scoring for Avto for the day, while Novosibirsk went on to get two more markers. In the last minute of regulation Makar Nikishanin put the hosts back in the lead. The visitors went for one final push, boosted by Sibirskie Snaipery taking a penalty. However, the very same Nikishanin was able to hit the empty net shorthanded for his second of the night to set the final score. Novosibirsk take it 4-2 on home ice. 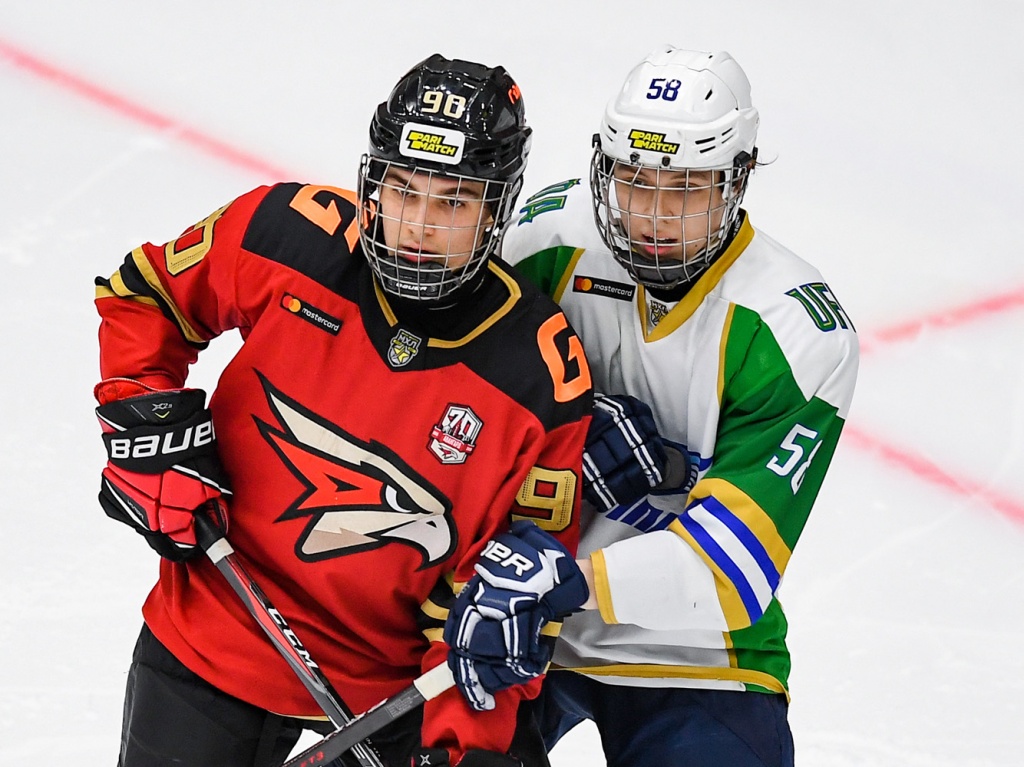 Omskie Yastreby had to beat Tolpar Ufa on home ice in order to prevent Sibirskie Snaipery from rising to eighth spot in the Eastern Conference. Home side got off to an aggressive start and seemed to get the puck over the goal-line seven minutes in but video review confirmed the biscuit never actually went all the way in and Tolpar Ufa Alexander Kuleshov could exhale – the goal was waved off. Ufa responded with a tally that was legit in every conceivable way – Sergei Shapovalenko found the back of the net 15 minutes in. Omskie Yastreby restored the parity on the scoreboard shortly before the second intermission – Nikita Savchenko got the equalizer.

Key moment of the game came with less than two minutes remaining to play in regulation – Danil Aimurzin sent it past Andrei Mishurov. Omskie Yastreby coaching staff challenge the play for goaltender interference but the officials deemed the request ungrounded. The ‘Hawks’ failed to force overtime and Tolpar enjoyed a 2-1 win on the road. 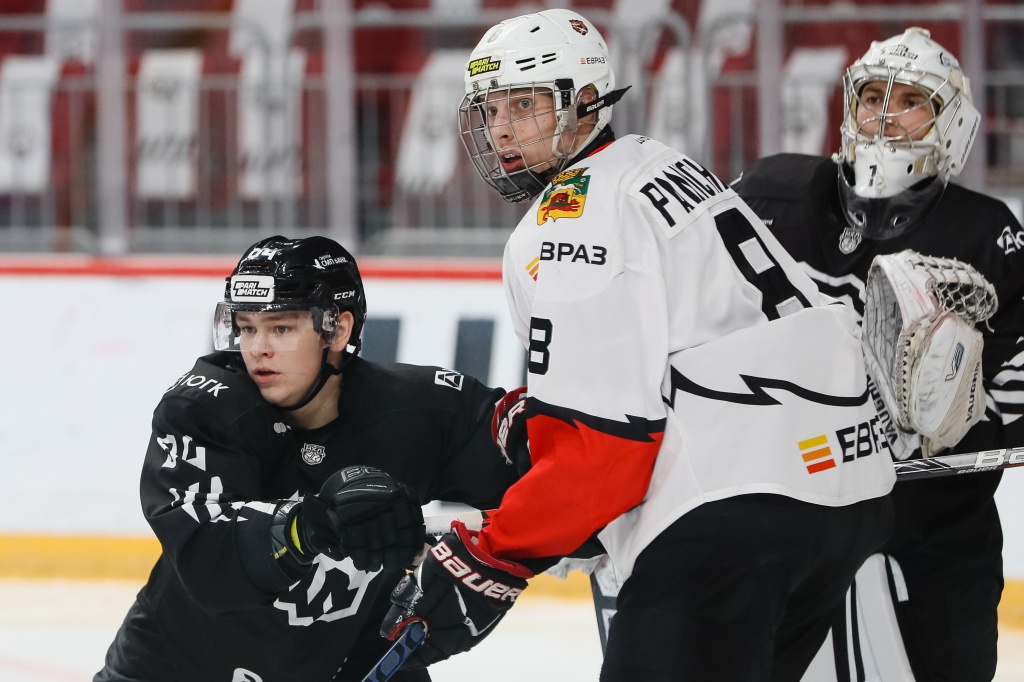 In the first period of play the teams were evenly matched. Belye Medvedi Chelyabinsk were spending more time in the offensive zone, while Kuznetskie Medvedi relied on quick transition plays. Novokuznetsk goaltender Semyon Sharabarin faced 13 shots in the opening frame and let it just one – six minutes in Belye Medvedi’s top line broke the ice.

Kuznetskie Medvedi didn’t get off to a good start at all in the second period of play. Just 18 seconds after the play resumed Ivan Stezhkin buried the rebound to capitalize on a power play and 16 seconds after that Mikhail Goryunov-Rolgizer scored another goal from the slot. Novokuznetsk coaching staff called timeout and it worked. The ‘Bears’ got back in the game before the intermission – first Dmitry Semyonovsky solved Chelyabinsk netminder Ilya Gorbunov and later on Pyotr Piskunov capitalized on a defensive mistake and converted on an odd-man rush to pull his team back to within one.

Third period of action began with a quick goal by the hosts – Konstantin Lukin converted on a power play and the goal proved to be deciding. Sergei Yudin once again brought Kuznetskie Medvedi to within one, giving his team some hope but the ‘bears’ failed to get the equalizer with the extra attacker out. Belye Medvedi shattered the opposition with a goal on the empty net. ‘Polar Bears’ beat their rivals 5-3. 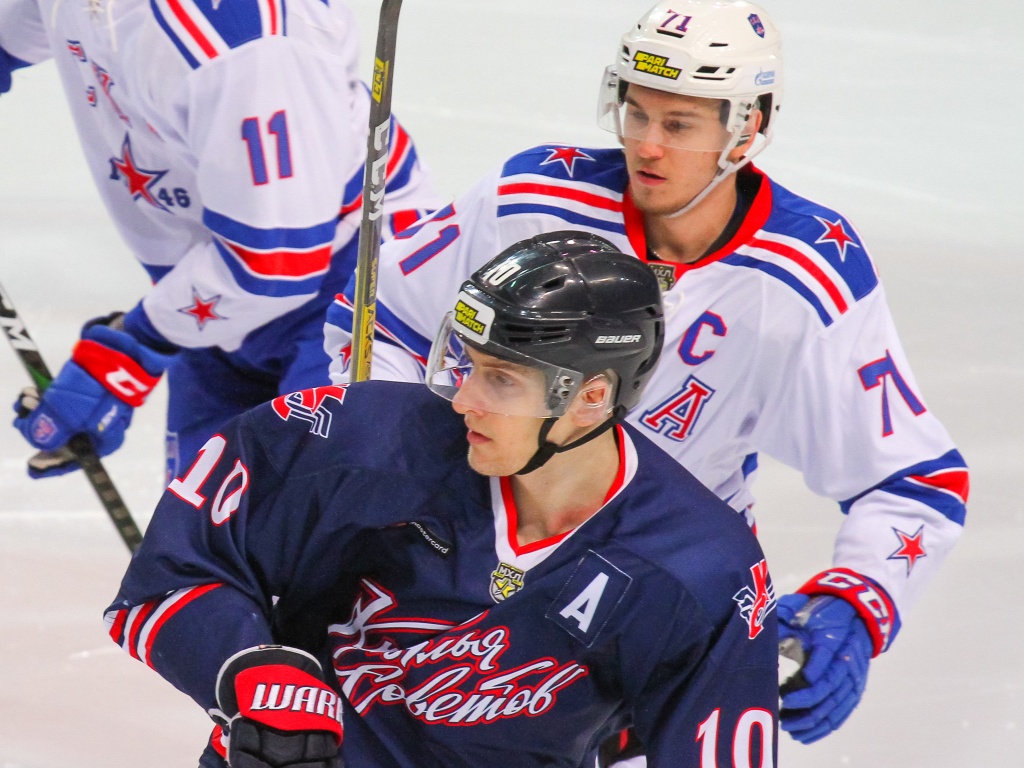 The teams were evenly matched throughout the game and there was a lot more physical battles than scoring chances. SKA-1946 St. Petersburg top player Matvei Michkov got a game misconduct in the early moments of the game, while the teams went on to combine for 53 penalty minutes by the end of the night.

The fate of the game was decided late in the third period of action – after a number of shot attempts the puck hit Krylia Sovetov Moscow defenseman’s skate and deflected into the back of the net. And with a minute remaining on the clock Artyom Zhuk secured the win, throwing another one past goaltender Yegor Naumov. SKA-1946 win 2-0 n the road in Setun, blanking ‘Soviet Wings’ for the second consecutive time. Krylia Sovetov are still looking for their first goal in 2021.