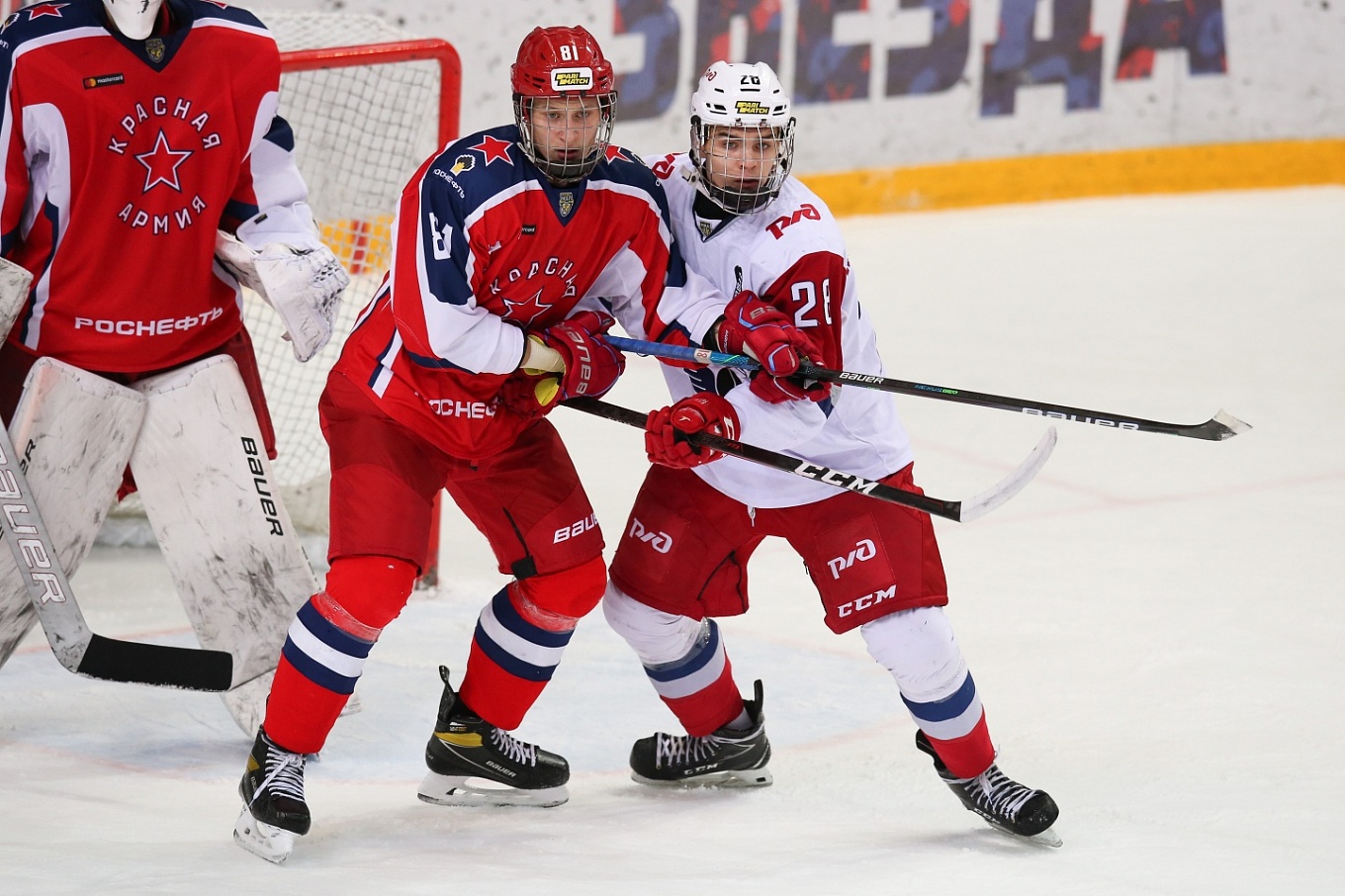 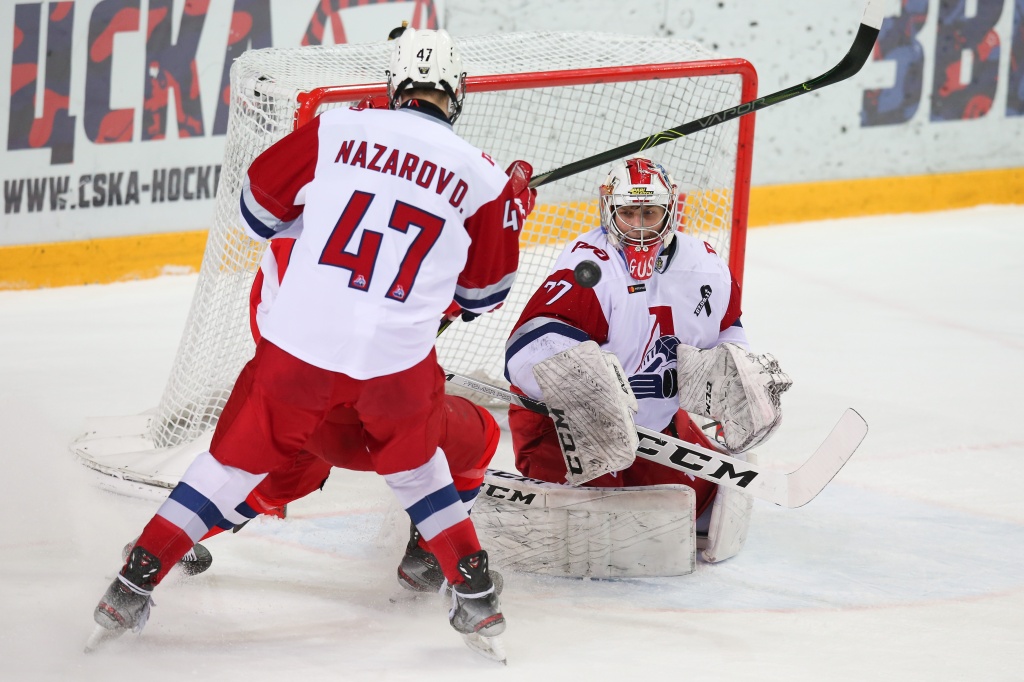 Krasnaya Armiya Moscow faced Loko Yaroslavl in the second part of the back-to-back series on home ice. This was the fourth meeting of the regular season between the two teams and Yaroslavl came into the bout with a 2-1 lead. The visitors once again got on the board first as Semyon Sigorin found the back of the net eight minutes into the game off assists by Stepan Nikulin and Ilya Nazarov. ‘Railway men’ got two consecutive penalties midway through the frame but the hosts failed to get anything past Yegor Guskov. ‘Army men’ seemed to play a little better in the second period of action but the teams headed to the dressing-rooms after 40 minutes still with just one goal separating them.

The visitors began the third stanza with a man-advantage and Stepan Nikulin improved Loko’s lead to 2-0 just 57 seconds after the play resumed. The visitors played well defensively and with just two minutes remaining to play in regulation Krasnaya Armiya got a bench minor for delay of game, robbing themselves of a chance to go for one final push. Guskov went on to stop all 34 shots he had to face in this one and Loko Yaroslavl emerged victorious on the road. 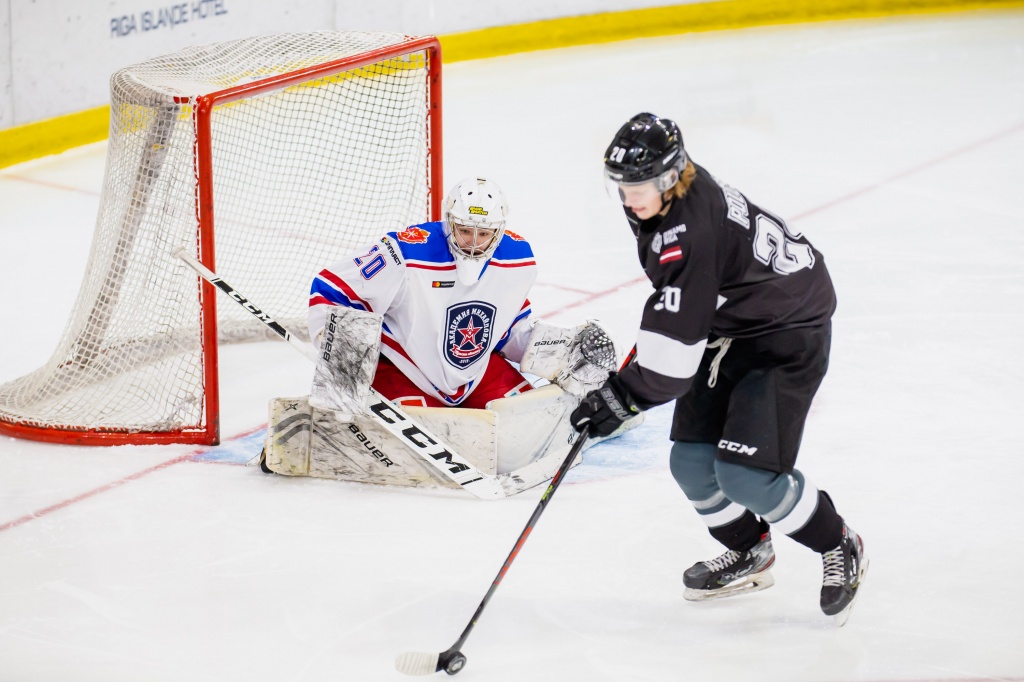 Mikhailov Academy Tula looked more than solid in their first game in Riga, Latvia coming up with a 4-1 win. Tula failed to repeat the success as the hosts grabbed the momentum right out of the gate and opened up the scoring just five minutes into the first period of action – Rudolfs Polcs found the back of the net. The visitors responded with a tally by Daniil Anop after having killed off a penalty and got in the lead in the second frame as the very same Anop scored his second of the game. It took Riga less than a minute to recapture the lead as Anton Sinegubovs and Arturs Brikmanis got a marker each.

Home side improved their lead to three goals before the second intermission – Mikus Mintautiskis capitalized on a power play attempt and Patriks Zabusov added another tally at even strength. Mikhailov Academy never recovered from the blow and Zabusov set the final score with his second goal of the game early in the third stanza. HK Riga enjoy a blowout 6-2 win on home ice.