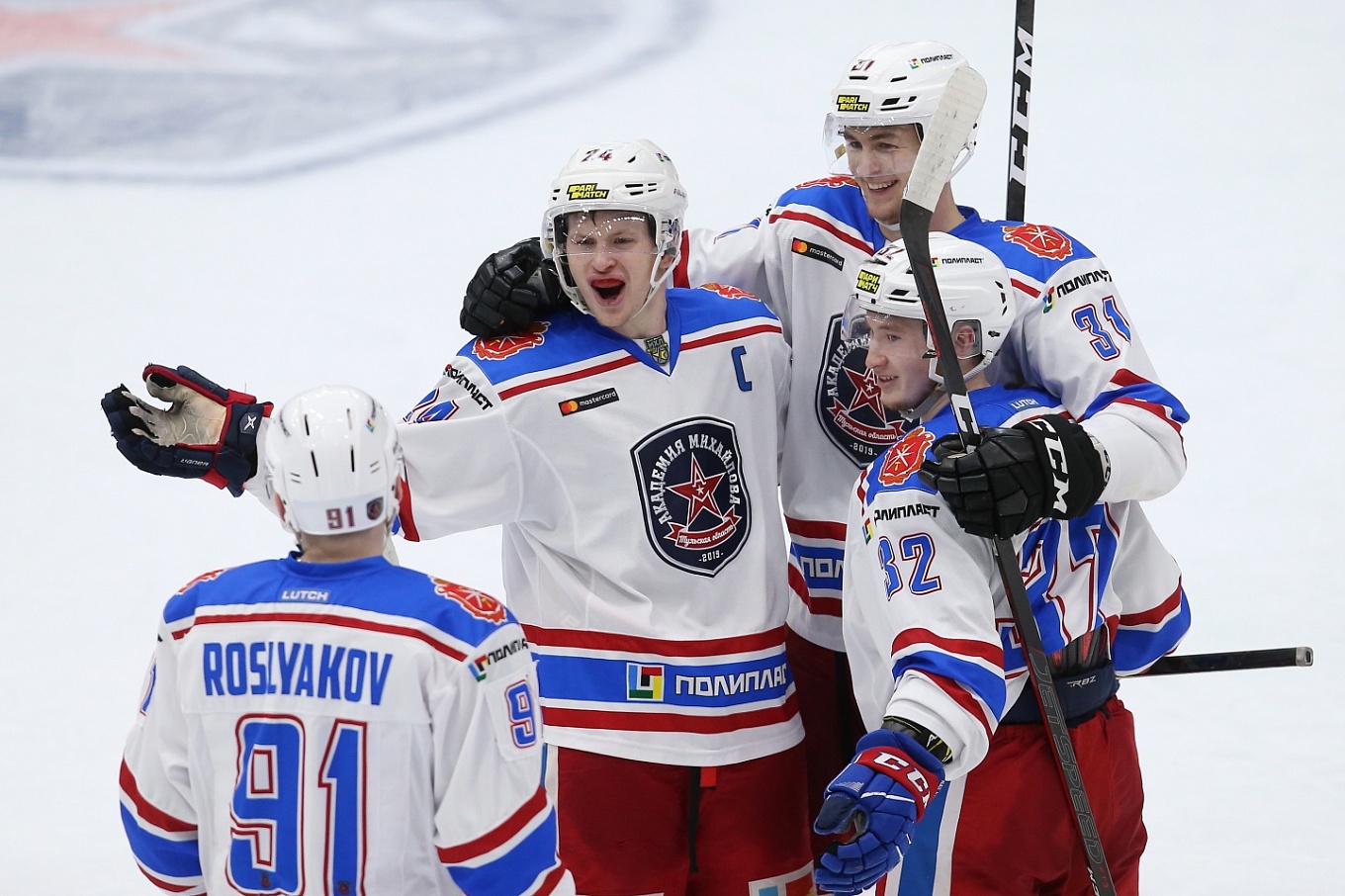 Eight regular season games took place in Parimatch Junior Hockey League on the last Sunday of 2020. We take a closer look at key Sunday action in this daily review on JHL official website. 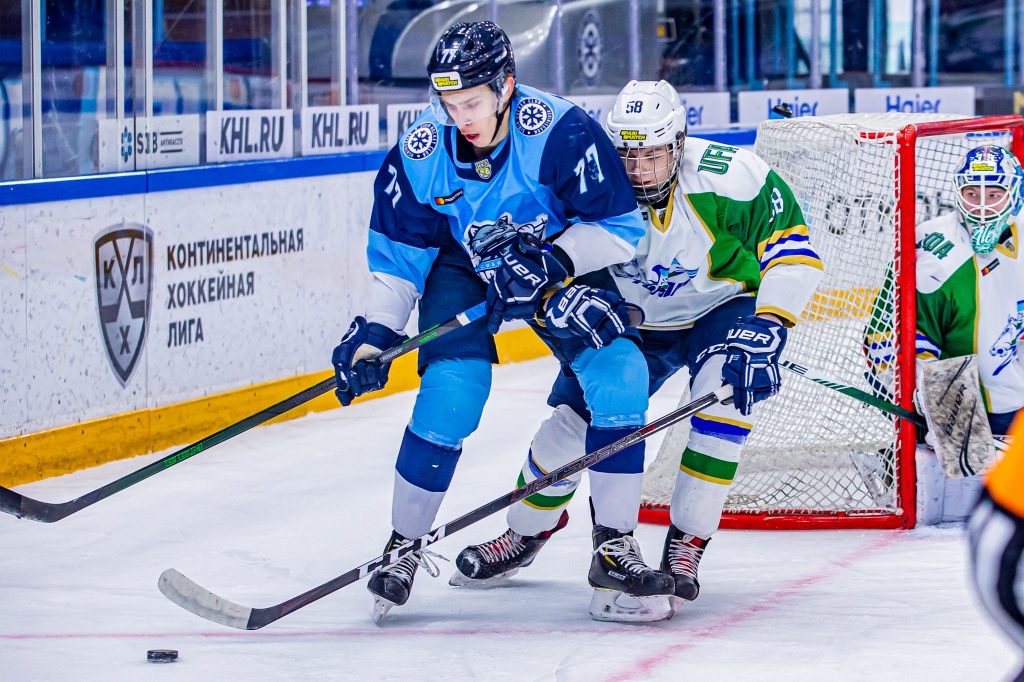 The game in Novosibirsk began with offensive rushes by the hosts. Sibirskie Snaipery took the puck under control almost right out of the gate and started creating scoring chances. As for Tolpar Ufa, they took the first penalty of the game just three minutes in and spent most of the first period of play focusing on defense. Even after having successfully killed off the penalty Ufa had to fend off Sibirskie Snaipery who kept bothering goaltender Alexander Kuleshov. However, in the end the hosts had nothing to show for their dominance as the first period ended with a scoreless tie.

The visitors got more aggressive in the second frame of action. Ufa took the reins and pitched camp in the offensive zone. Since Sibirskie Snaipery weren’t looking to slow the pace of the game down, the stretch turned out to be rather dynamic. Both teams created scoring chances and peppered each other with shots. After the halfway mark of the period Tolpar began pressuring the opposition, which led Sibirskie Snaipery to taking two consecutive penalties. Ufa managed to use it to their advantage and grabbed the lead – Pavel Dergunov sent it past Vladislav Scherbakov at the tail-end of the first penalty. Novosibirsk did their best to level the game quickly but their offensive waves crashed against Ufa defense. Tolpar went into the third stanza with a 1-0 lead.

The visitors continued to control the pace of the game in the final period and protected their lead. However, Sibirskie Snaipery began gradually creating more and more scoring chances. As a result, midway through the frame Tolpar defense cracked and in a span of two minutes Dmitry Gundyrev brought the game back to even and then Yegor Verkhorubov put the hosts in the lead. Sibirskie Snaipery focused on working the clock after that, while Ufa looked for ways to beat Scherbakov. Tolpar kept augmenting their pressure right till the final buzzer. With 90 seconds remaining on the clock to play in regulation they got a power play and pulled their netminder for the extra attacker but to no avail. Sibirskie Snaipery put it one ice as Sergei Odinokov scored on the empty net with three seconds till the final buzzer. Novosibirsk take it 3-1 on home ice.

Omskie Yastreby enjoy a narrow win over Avto at home 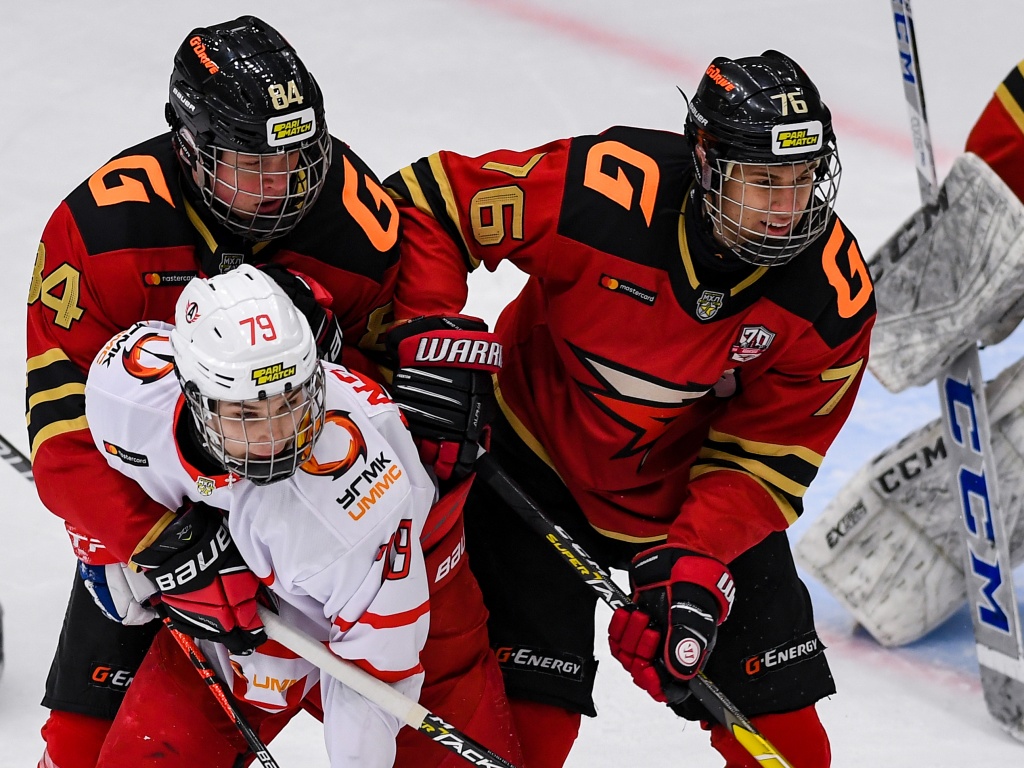 The hosts looked slightly a better team in the first period of play in Omsk. The ‘Hawks’ were spending more time in the offensive zone in the frame and were taking more shots, putting Avto Yekaterinburg goaltender Vladimir Sartakov to work. As for the visitors, they relied on counter-attacks and also forced Nikita Dianov make a few key saves. Nevertheless, despite all effort to break the deadlock, both goaltenders did well and stopped all combined 14 shots they had to face in the first period, which is why the teams headed to the dressing-rooms tied 0-0 after 20 minutes of play.

Omskie Yastreby were more aggressive in the early minutes of the second stanza and even managed to get a power play opportunity. However, Yekaterinburg weren’t fazed by that. Not only did they survive the penalty, they went on to two score two shorthanded goals – Yaroslav Sokolov registered both markers. Having established a comfortable lead on the scoreboard, the visitors closed a firm grip on the game. Avto players began creating more and better scoring chances, letting the opposition respond rarely with counter-attacks. As a result, Yekaterinburg couldn’t further build on their lead but – more importantly – they didn’t allow Omskie Yastreby get even a single goal back.

The ‘Hawks’ got win in their sails in the third frame. They grabbed the momentum right off the bat and soon enough Semyon Astashevsky put the hosts on the board. As time went by Omskie Yastreby increased their pressure on Yekaterinburg defense, doing their best to complete the comeback. Their offensive rushes grew more dangerous by the minute, while Avto relied solely on defense, protecting the narrow lead. Late in regulation Omsk pulled Dianov for the sixth skater but to no avail – Yekaterinburg enjoy a close 2-1 win on the road. 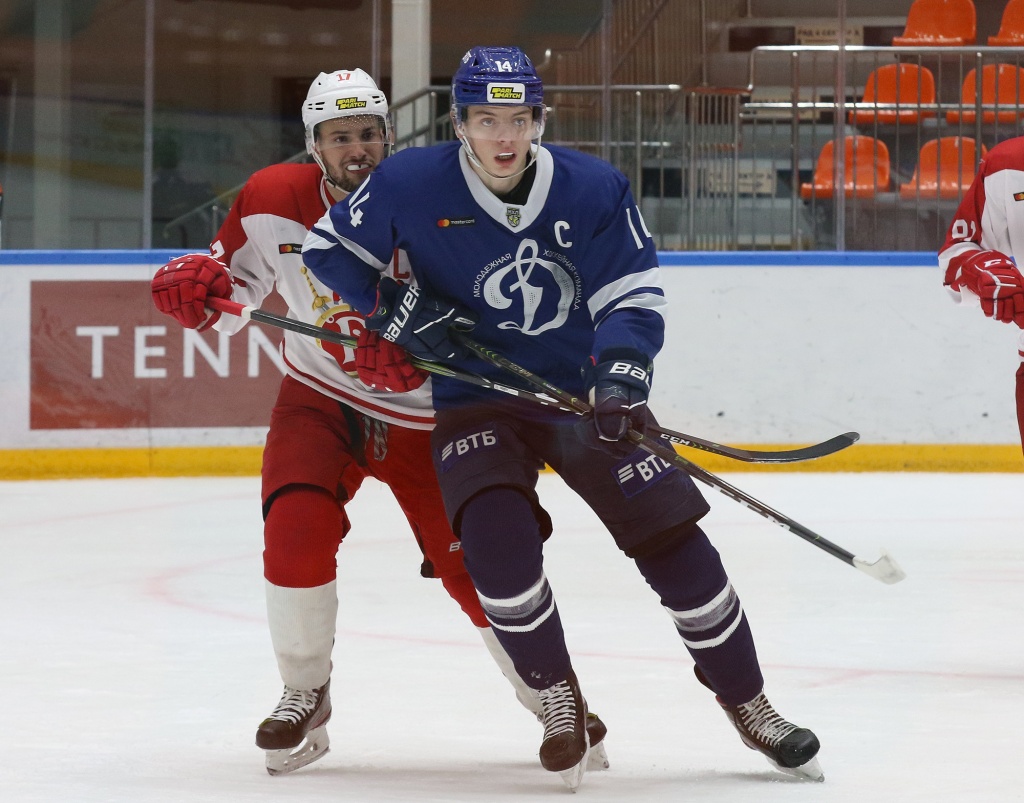 Top team of the Western Conference standings JHC Dynamo Moscow played host to another leader of the West – Russkie Vityazi. The visitors won the opening period of play 2-1. Just 20 seconds into the frame Pavel Volokitin was able to put Moscow Region team on the board. The blue-and-white responded with a goal by Nikita Lukhovskoy but shortly before the first intermission Stepan Urulin sent another one past Maxim Motorygin. Dynamo showed a better conversion on their power play scoring chances in the second stanza – Daniil Gutik and Arman Iritsyan put Moscow in the lead.

Russkie Vityazi forced the opposition to take two consecutive penalties in the third period but failed to make it count. When the visitors pulled their goaltender and went for one final push, Alexander Kisakov sent it into the gaping net to secure a 4-2 win for JHC Dynamo Moscow. 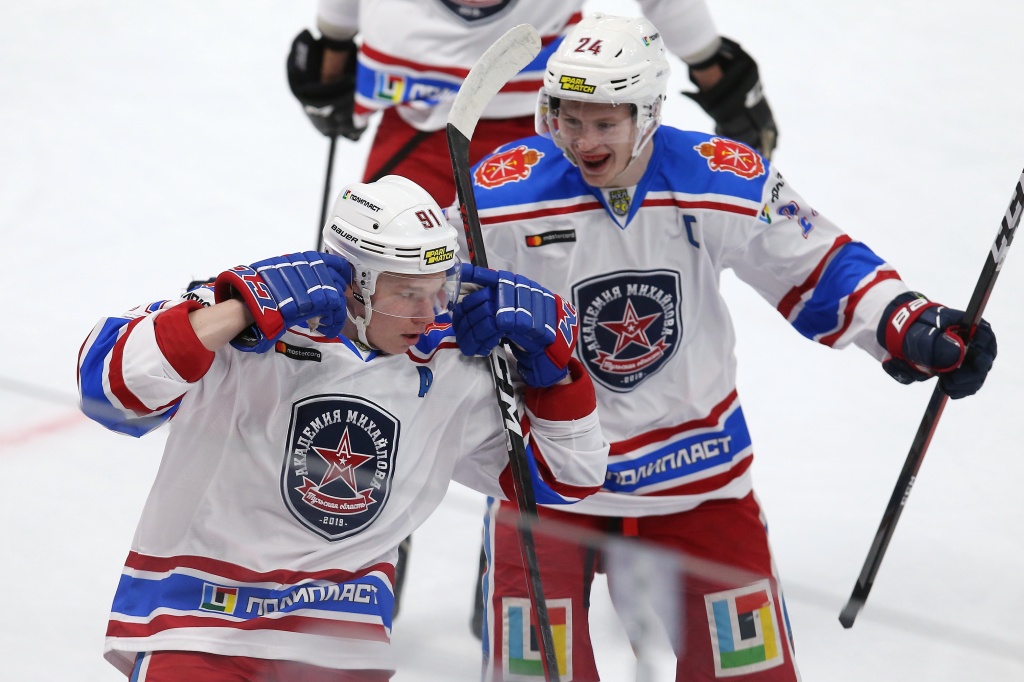 Last game of the day took place in St. Petersburg as SKA-Varyagi faced off against Mikhailov Academy Tula at SC Hockeytown. The hosts had enjoyed an overtime win the night before. This time the game ended in regulation and it hosts didn’t have much reason to celebrate. Mikhailov Academy were able to capitalize on their initial power play opportunity of the bout – Semyon Roslyakov found his target with a long shot. Tula improved their lead to 2-0 late in the second frame – this time Daniil Anop sent it past Kirill Obyskalov with a shot from the point. Ilya Kudryashov could have scored for the hosts right before that but the defenseman had failed to beat Mikhailov Academy goaltender Denis Popov on a breakaway.

SKA-Varyagi couldn’t get a goal back in the third period of play either and in the last moments of regulation Ilya Vorobyov sent it into the empty net to seal the deal. Home side didn’t have enough and got another empty-netter scored against them – Anop got his second tally of the game. Mikhailov Academy win 4-0 and enjoy their first franchise shutout victory in Junior Hockey League as Popov stopped all 24 shots he had to face.