Sibirskie Snaipery
News
“I am of the same “slow ship” style as my father.” Maxim Mayorov – about moving to Yaroslavl, national team debut and passion for tennis
“I bought a cake and gave flowers to my mom with my first paycheck.” Yaroslav Tsulygin – about his JHL debut with Tolpar
Was signed up for hockey at the age of three, was dressed as a goalie in an extreme situation and looks up to Datsyuk: take a closer look at the leader of Irbis and the hope of Ak Bars
Edgar Varagyan: “When we were on the plane, guys told me: “He is an enforcer, he would beat you up with no sweat.” I thought: things happen, he would beat me up and so what?”
“As time goes by, taking a flight to Sakhalin feels almost like being stuck in Moscow traffic.” Daniil Veremeichik – the JHL's Best Player on Social Media
“Working out in a gym is a type of rest for me.” Ivan Murashov had the best season of his career, dreams of playing in the KHL and has not eaten any fast food for two years
“Condensed milk is the only unhealthy food available for the national team.” Raul Yakupov – about the Black Sea Cup, the KHL debut and the season with Reaktor
“Four years in the JHL was a great time. Winning the Cup with Dynamo was the best moment.” Ivan Didkovsky about junior phase of his career
Share

Sibirskie Snaipery registered a unique achievement in Parimatch Junior Hockey League’s 13th week of the regular season. As many as three Novosibirsk players were selected as the best in their respective positions over the stretch. Sibirskie Snaipery players shared their thoughts on the record, explained the secret of their success and opened up about their winning streak, which came to an abrupt end. 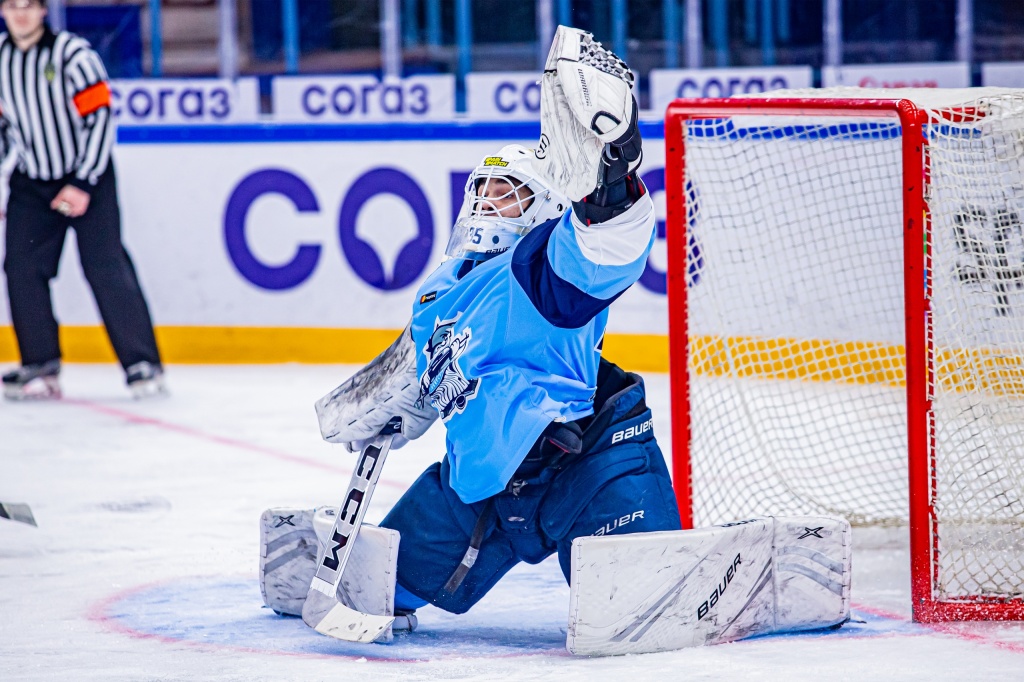 “We discussed our play in detail and followed coaches’ demands in every game. Last week everyone on the team played at its best. Besides, of course, we got a lucky quite a few times. That’s why we were selected as the top players of the week.

“We put together a decent winning streak – we won five consecutive games. We didn’t think about setting a record. It was more important to gain points. Sibirskie Snaipery are just one point away from the playoff zone right now. It motivates to work hard.

“We faced the same opponent in our last four games – Sarmaty Orenburg. Obviously, it doesn’t feel like a playoff series – the ambience is completely different. Although, there are a few quirks on its own – when you play against the same team in four consecutive games you face the same hockey players and you get to know your opponent better, which means you can better predict their next moves. It becomes a battle of character. Every game proved to be very intense but we ran out of gas in the fourth game. It was a very frustrating loss. We were up 3-0 after the first period but ended up losing 5-3. It was a calm and smooth sailing for 50 minutes and then we panicked and began slacking. Everyone was frustrated by the loss but it’s time to turn the page and calmly continue the season – it’s great that we have time to fix everything.” 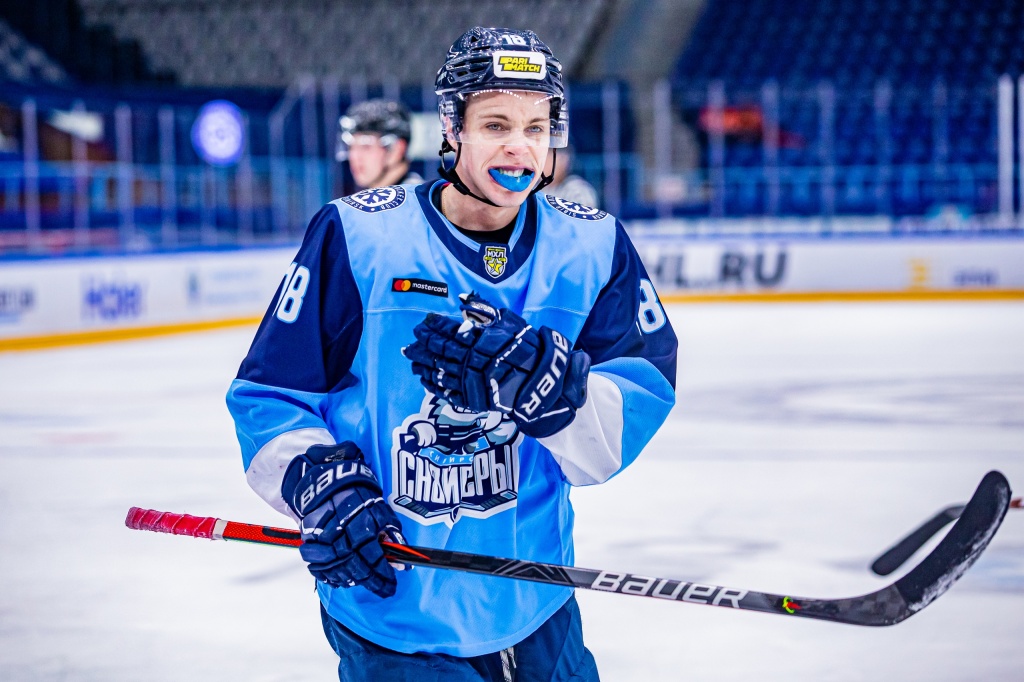 “The secret behind last week’s success is the great work done by our coaching staff and well-oiled teamplay. I found out that we were named the top players of the week after one of the games that we’ve won. The boys, who weren’t dressed for the game, saw the news first and told us about it in the dressing-room. Everyone of our teammates congratulated us. It was great to make history like that.

“I was able to pick up four assists in three games last week. It’s great that my teammates converted on their scoring chances on my assists. Statistics-wise I’m having the best season of my career. I became a more experienced player, I get a lot of ice-time, including power play minutes. I do my best to prove the coaches were right to put their trust in me.” 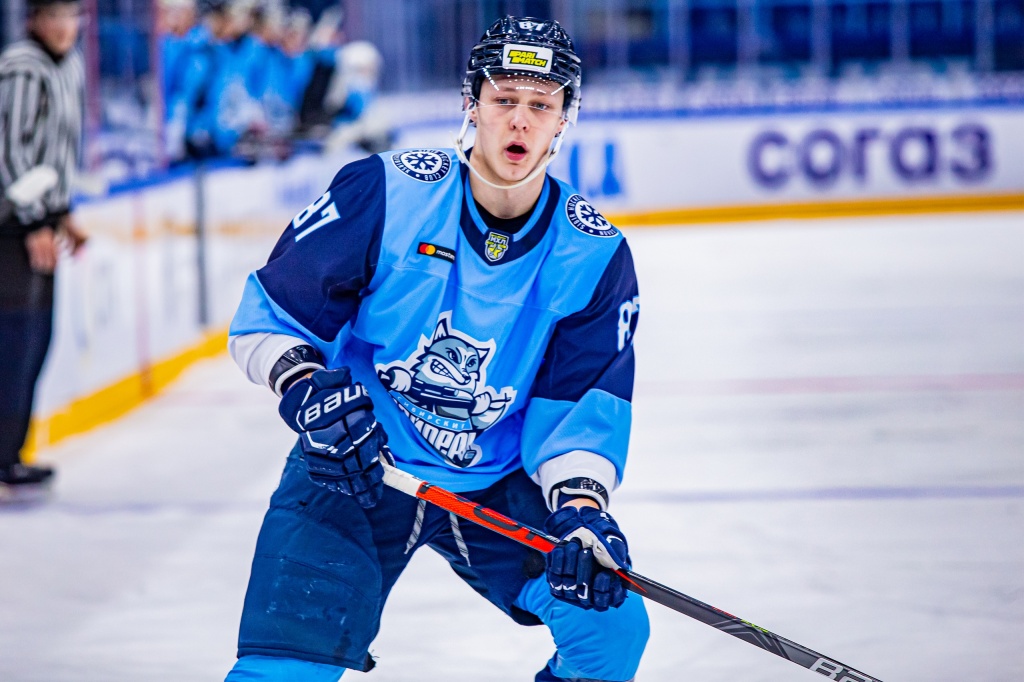 “Last week we found our brand of hockey. The chemistry on our team was palpable. We really enjoyed those wins and gained points. Extra home games also had a positive effect on our play – we played two away games against Sarmaty Orenburg in Novosibirsk. It saved us energy and time, which helped to extend the winning streak. However, that frustrating loss spoiled the mood a little bit.

“It was nice surprise to see Sibirskie Snaipery players selected as the top three players of the week. This unique achievement means a lot to us. It’s great that it was us who did it and made history!”