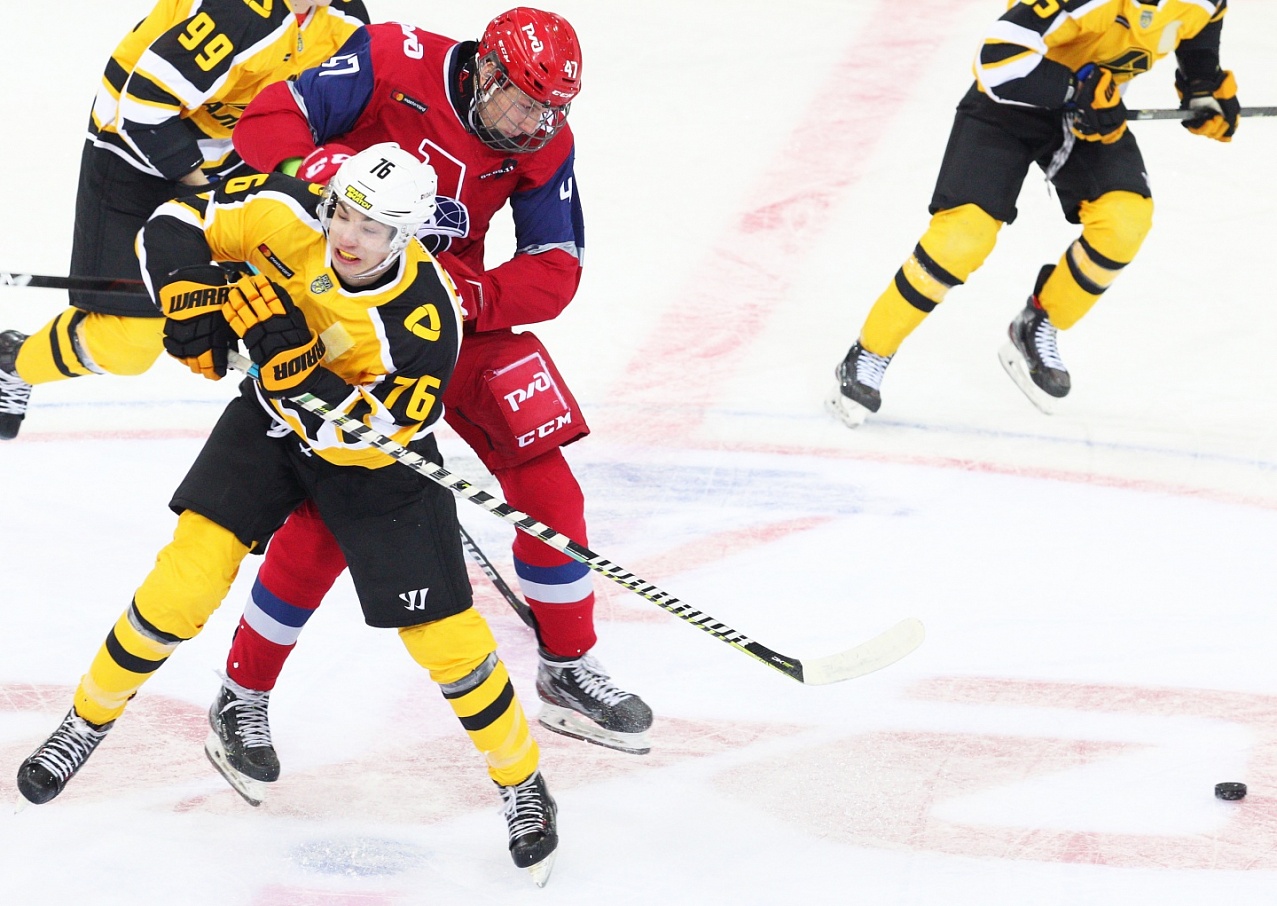 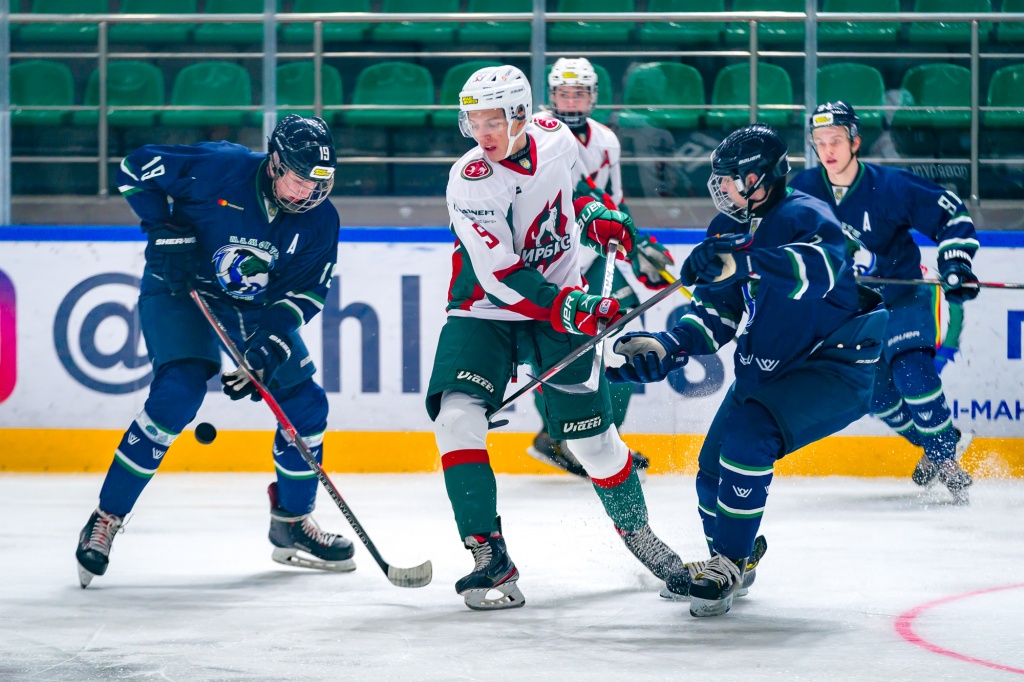 Second game of the day was held in Khanty-Mansiysk where Mamonty Yugry played host to one of the top Eastern Conference teams – Irbis Kazan came to town. The ‘Mammoths’ were down 2-0 less than two minutes into the game – Gleb Lachinov and Maxim Tsaplin got a tally each, forcing the hosts to swap their goaltenders early – Ilya Stupin took Nikita Mukhametdinov’s place between the pipes for Khanty-Mansiysk. Another Kazan leader Vladislav Fyodorov found the back of the net early in the second period of play. Soon after that Khanty-Mansiysk responded with a goal by Danila Vtorushin. With just over three minutes remaining on the clock to play in the stanza Yegor Chernikov made it a 3-2 hockey game with over a full period ahead.

However, that was all Mamonty Yugry managed to eke out. Semyon Terekhov and Alexander Kvartalnov got a goal each before the second intermission, thus improving Irbis’ lead to three tallies. The visitors focused on defense in the final period of action and were able to protect the comfortable lead, which suited them just fine. With his 5-2 success on the road in Khanty-Mansiysk, Irbis Kazan climb back on top of the Eastern Conference standings once again.

Tolpar get shot down by Belye Medvedi in Chelyabinsk 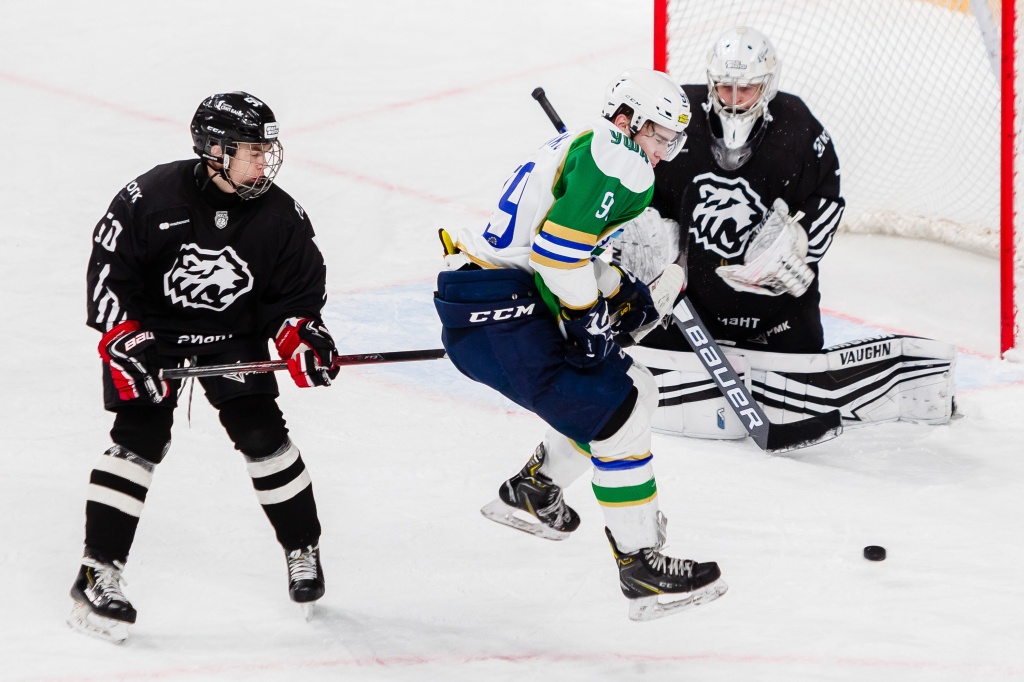 Tolpar Ufa, who continue their pursuit of the teams topping the Eastern Conference standings Avto Yekaterinburg and Irbis Kazan, travelled to Chelyabinsk in Southern Ural to challenge local Belye Medvedi. As for the hosts, they currently sit at the seventh place in the conference, which cannot feel too safe with other opponents breathing down their necks. Belye Medvedi had the momentum on their side in the opening period of play as well as several power play opportunities. Regardless of that, neither of the teams were able to find the back of the net in the stanza. The fans didn’t get too see any goals in the following period either. Tolpar evened it up a little on the shot-clock over the stretch but both netminders – Ilya Gorbunov and Semyon Vyazovoy – were on top of their game and stopped every single shot they had to face in the first 40 minutes of the competition.

Only six minutes into the third stanza did Artyom Udot finally open up the scoring with a zinger from off the left wing. The visitors found an answer in capitalizing on a man-advantage opportunity – Alexander Chyorny found his target. Nevertheless, with just over two minutes remaining to play in regulation Valery Sapozhnikov scored the game-winning goal for Belye Medvedi as he wired it home from the area in front of the net. Belye Medvedi Chelyabinsk enjoy a narrow and nerve-racking 2-1 win on home ice. 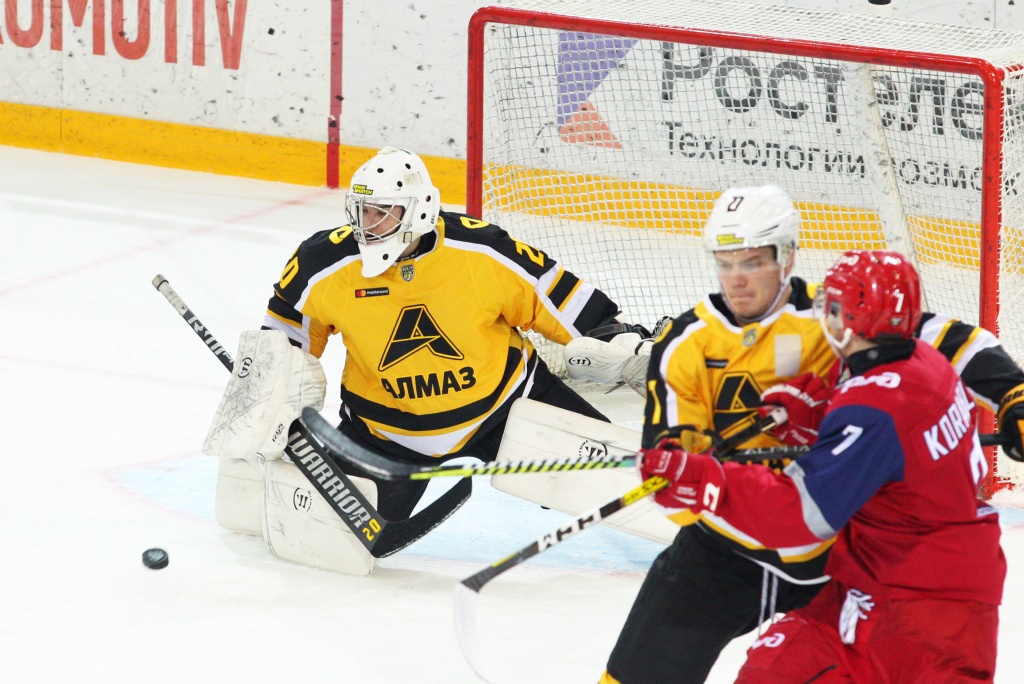 Last game of the day was held in Yaroslavl – Lokomotiv’s major junior team went toe-to-toe with their arch-rivals Almaz Cherepovets. The game truly proved to be of a playoff caliber, which is not unusual for the games between these two opponents. Cherepovets got on the scoreboard nine minutes into the opening period of action as Stepan Ignatov jumped to the slot from behind the net, took a shot along the goal-line and the puck – luckily for the visitors - bounced into the back of the mesh off goaltender Yegor Guskov’s stick.

Yaroslavl brought the game back to even only in the second period of play. Notably, the equalizer came when the hosts played shorthanded. After Roman Romanov had taken a minor penalty, Ilya Chefanov picked off a poor pass at his defensive blue line, got on his jets, broke away and beat netminder Artyom Nazarkin from in tight. The visitors outshot the ‘railway men’ in the third stanza but nothing changed on the scoreboard and the game went to the extra period. And that’s when Junior Hockey League’s leading scorer Ruslan Abrosimov took matters into his own hands. With 30 seconds remaining to play in overtime the forward sniped a wrist-shot to give Loko a 2-1 win in a hard-fought game against arch-rivals from Cherepovets.