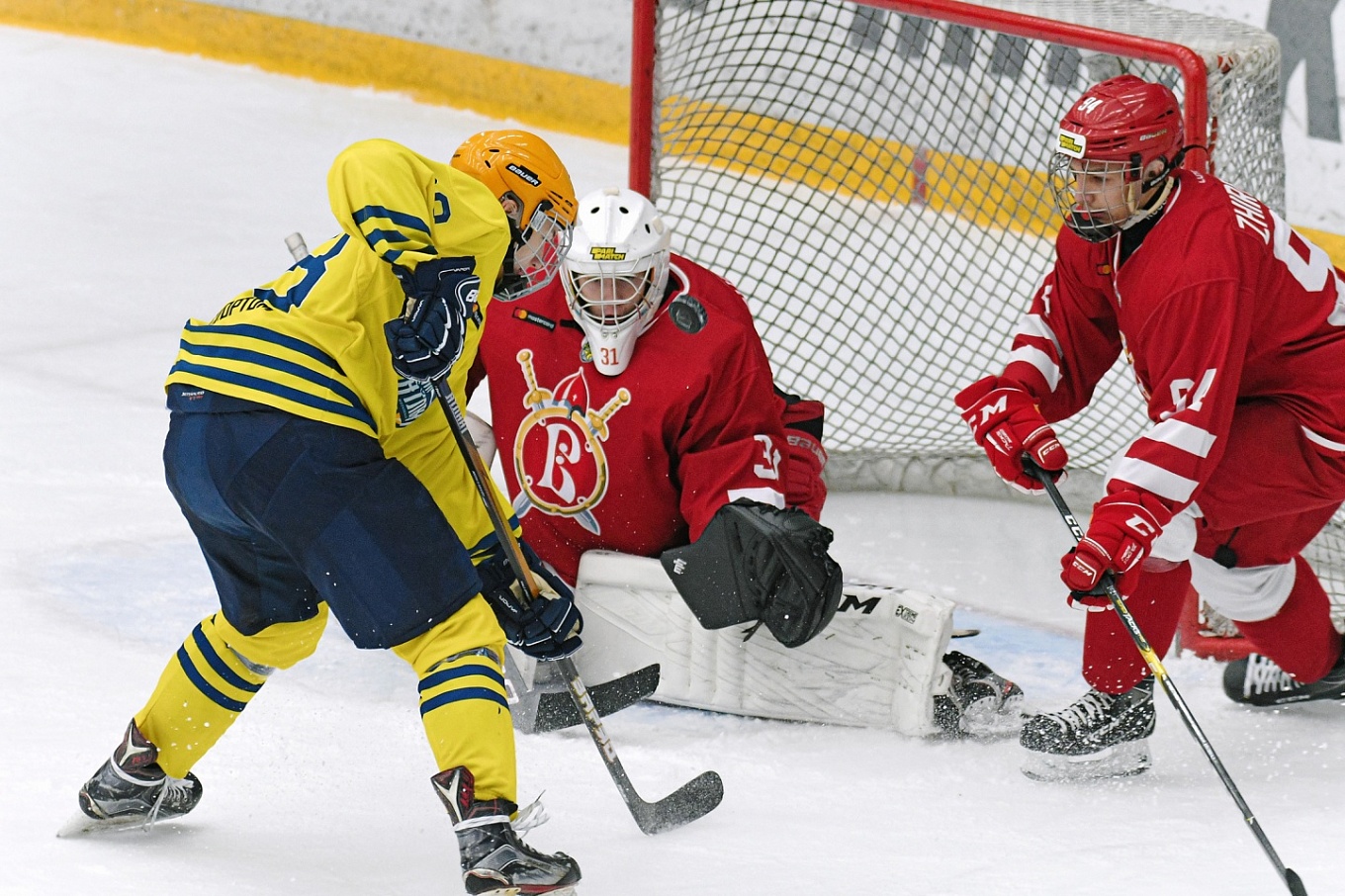 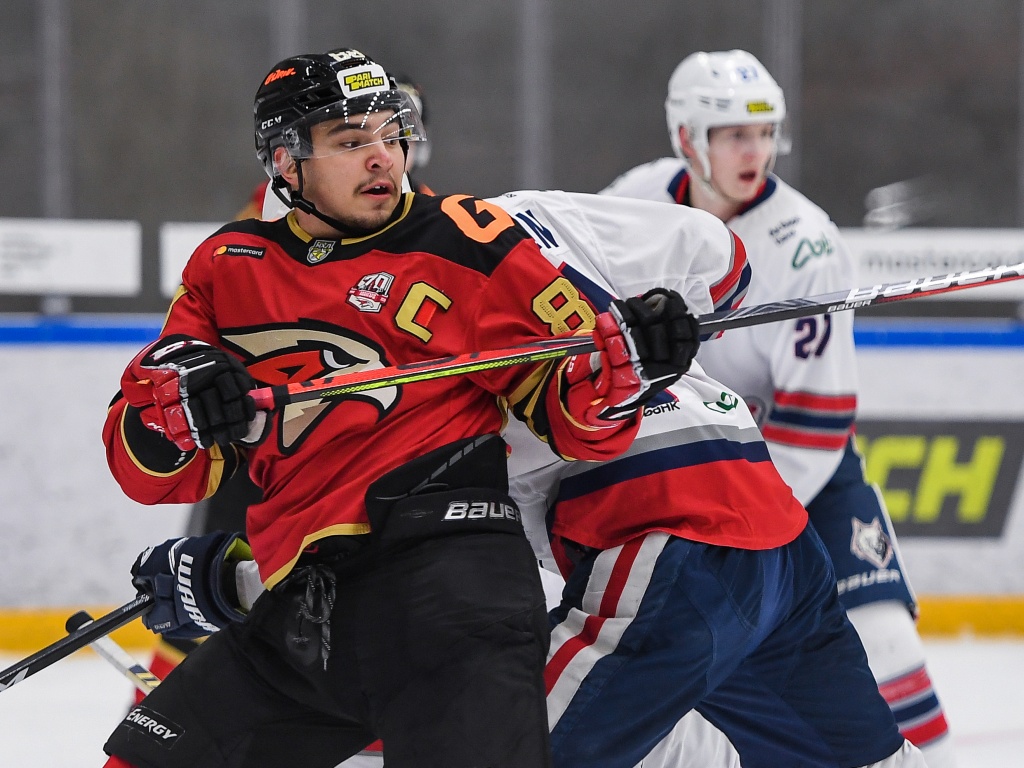 In the first game of the day Omskie Yastreby defended the ice against Reaktor Nizhnekamsk. While the ‘Hawks’ are in the playoff zone, Nizhnekamsk need points like air as the team is only at 13th place in Eastern Conference standings. However, the visitors couldn’t stop Omskie Yastreby in this one. The hosts failed to solve Ilya Chuvilin in the opening period of play but began scoring one goal after another in the second frame. Nikita Kholodilin was in the spotlight along with Semyon Astashevsky, as the former scored twice and the latter registered a hat-trick.

Azat Shakirov was delegated to guard Nizhnekamsk goal in the third stanza and Artyom Kulakov sent one past him in the early minutes. Reaktor got their only marker of the game only after going down 6-0 – Maxim Polkin found the back of the net. That didn’t faze Omskie Yastreby as they went on to net three more goals. Andrei Migury and Danila Ganin got a tally each and Astashevsky turned his hat-trick into a 4-goal performance midway through the period. Omsk enjoy a blowout 9-1 win on home ice. 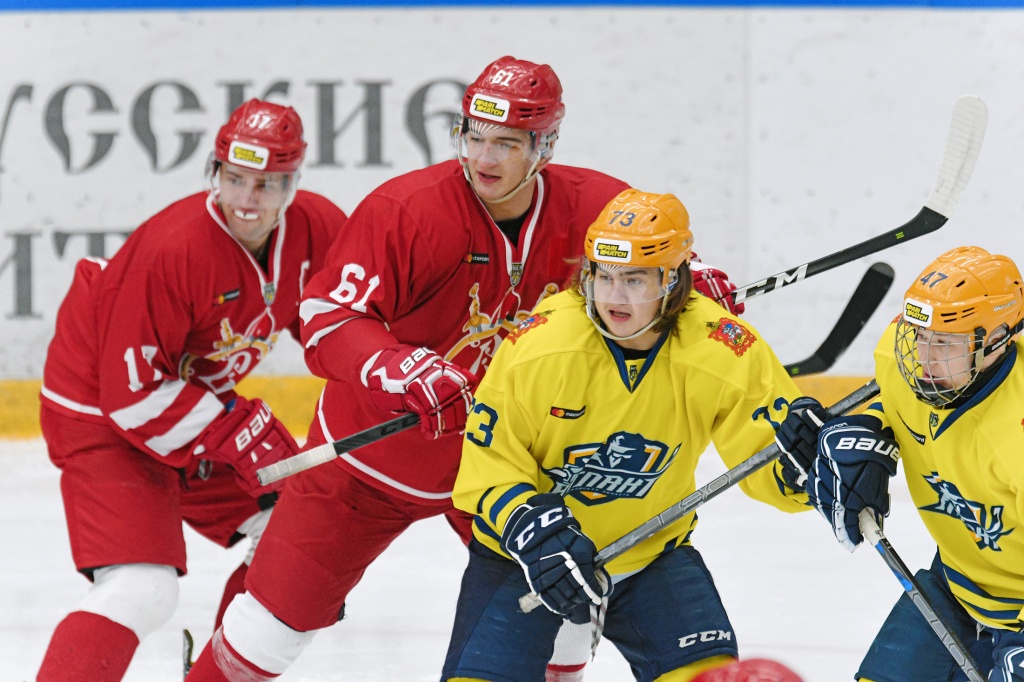 Both teams went into the game riding winning streaks. Russkie Vityazi won three bouts in a row and eyed to rise to second place in Western Conference standings with another victory. As for JHC Atlant Moscow Region, the team won four games out of the past five and moved to sixth place in the standings.

In the early minutes of the game Russkie Vityazi had a chance to open up the scoring but 16-year-old forward Nikita Prischepov couldn’t capitalize on a penalty shot. Nevertheless, home team did find the back of the net a little later. 14 minutes into the period Nikolai Smirnov solved Matvei Botov and in the second stanza of action Ivan Dementyev improved the lead for Russkie Vityazi as he scored his first career Junior Hockey League goal.

The visitors grabbed the momentum in the second half of the game. 11 minutes into the second period Daniil Shushin converted on a man-advantage with eight minutes remaining on the clock in regulation Semyon Kareyev forced overtime. Extra period of play solved nothing and Atlant went to win in the shootout, which lasted for 18 rounds.

Having erased a 2-goal deficit and winning 3-2 in the shootout in hard-fought game in Chekhov, Atlant snapped Russkie Vityazi winning streak. 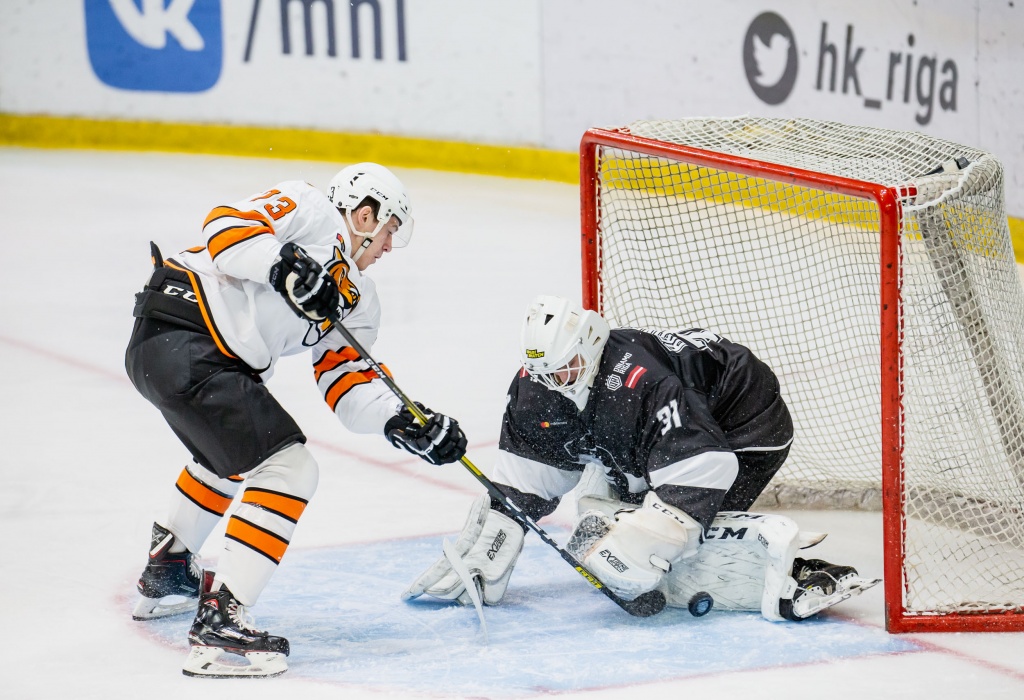 First goal of the game came only with five minutes remaining on the clock in the third period. After a mass brawl took place, Amurskie Tigry Khabarovsk found themselves down a man and the hosts made it count – Rudolfs Polcs solved Yuri Cherkashin. However, Valery Kulibaba’s men couldn’t protect the lead. With 45 seconds on the clock Danil Fyodorov got the equalizer and sent the game to overtime.

The visitors quickly scored the game-winning goal in the extra period of action – just 30 seconds after the play resumes Mikhail Radenko sent it into the back of the net to end it. With this 2-1 success on the road Amurskie Tigry snap their 4-game losing streak but remained dead last in Western Conference standings. HK Riga lost their fifth consecutive game.