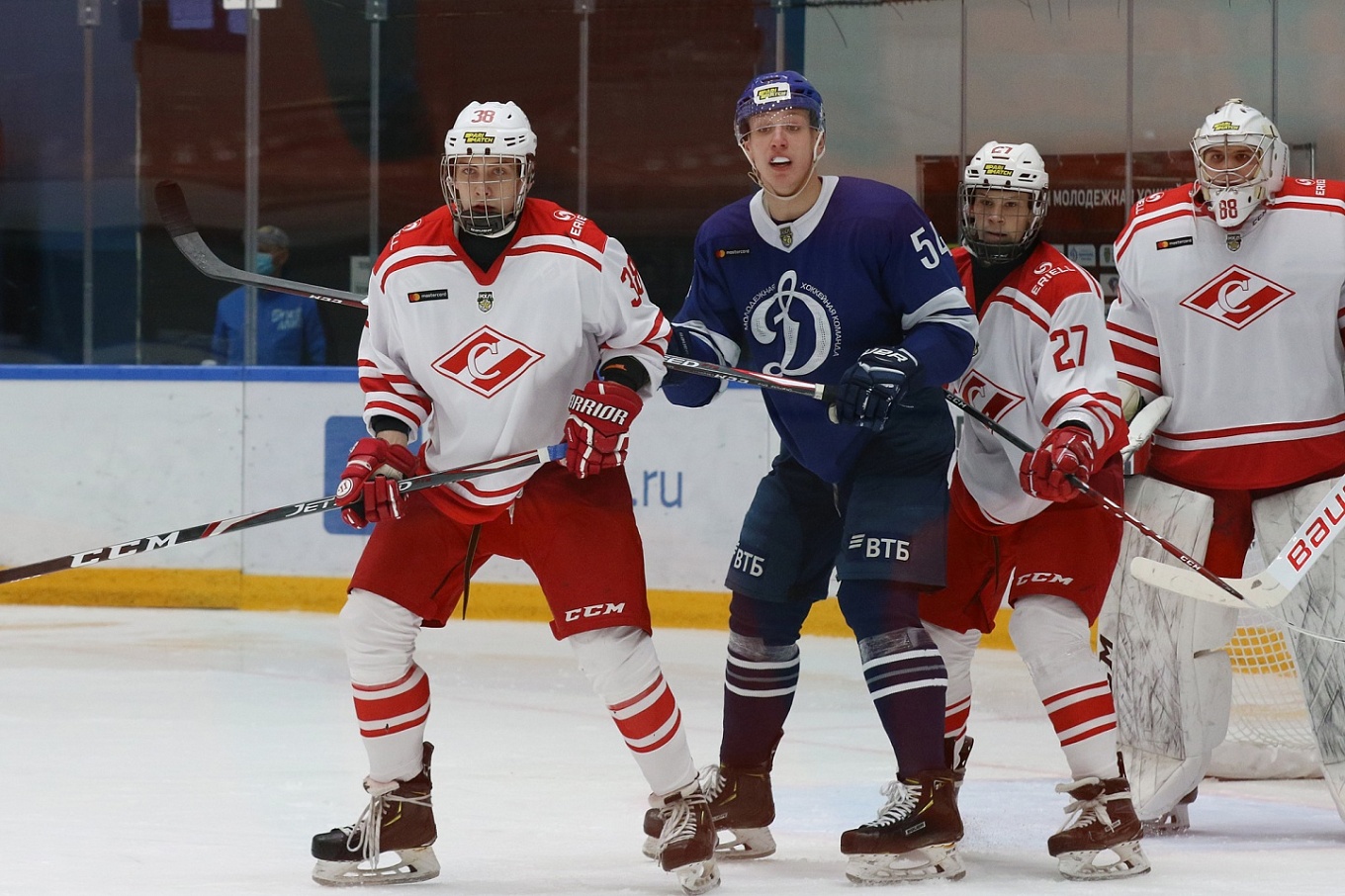 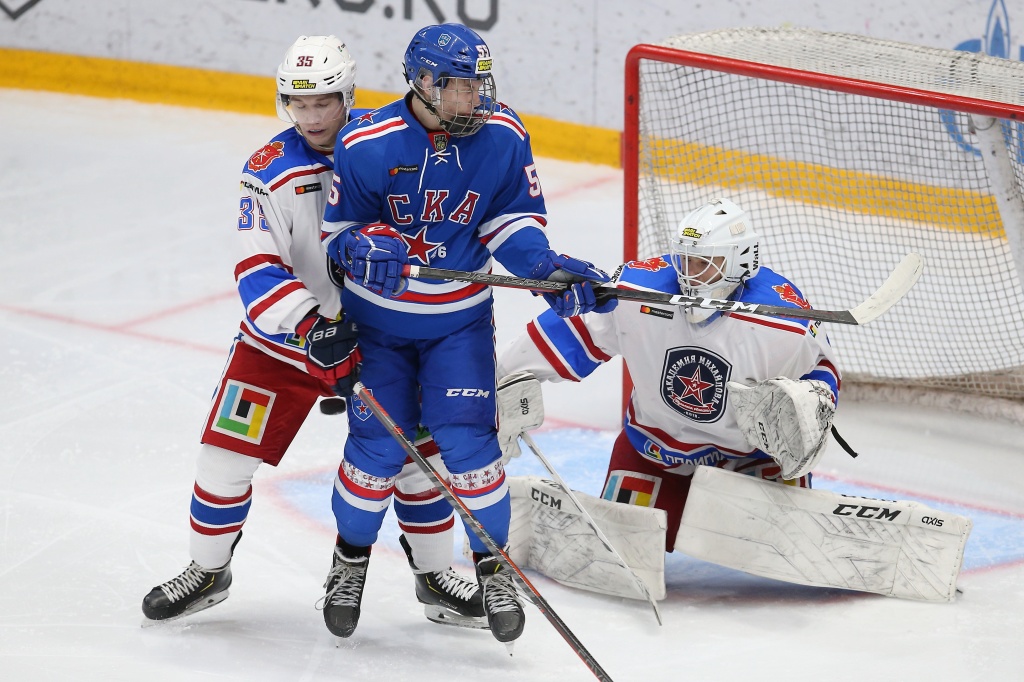 Second game of the day was held in St. Petersburg. SKA-1946 faced Mikhailov Academy Tula on home ice for the second part of the back-to-back. The day before ‘army men’ won 5-1 and this time around they didn’t let the opposition score even once. The 46’s capitalized on their initial power play opportunity of the game – Maxim Krovyakov hit top-shelf on the man-advantage. Andrei Proskurnin, who had scored in the previous game, doubled the lead a few minutes later.

Early in the second period of play SKA-1946 had to kill off a penalty but when Artyom Zhuk stepped back onto the ice, home side improved the lead to 3-0. Vyacheslav Alexeyev beat Daniyar Sultanov, who had replaced Alexander Yevdokimov in net, from the slot. The hosts didn’t dominate on the ice and Mikhailov Academy had their fair share of scoring chances but St. Petersburg had a much better conversion rate. Yegor Gurzanov made it 4-0 to seal the deal. Goaltender Kirill Obyskalov stopped all 16 shots he had to face for a shutout win.

Two Moscow rivals faced one another at Krasnogorsk Arene once again – JHC Dynamo went up against JHC Spartak. The red-and-white did their best to snap the opposition’s long winning streak but their new effort was futile as well. Spartak found themselves down 2-man in the opening period of play and Dynamo doesn’t let anybody get away with something like that this season – Alexander Kisakov put the hosts in the lead. The visitors found a quick response to that and the equalizer also came on a power play. Oleg Korchagin, who had found success the day before, sent it past Maxim Motorygin.

Nothing changed on the scoreboard in the second period of action and third stanza was key in the game. The red-and-white shot themselves in the foot with yet another penalty and Dynamo’s top line led by Nikita Lukhovsky converted on the ensuing man-advantage. 11 minutes into the period Dmitry Kulikov allowed another goal – Kisakov sniped his second of the game. Spartak couldn’t salvage the game in the remaining time and the blue-and-white enjoyed a 3-1 victory. With this success, Dynamo currently ride an 18-game winning streak.