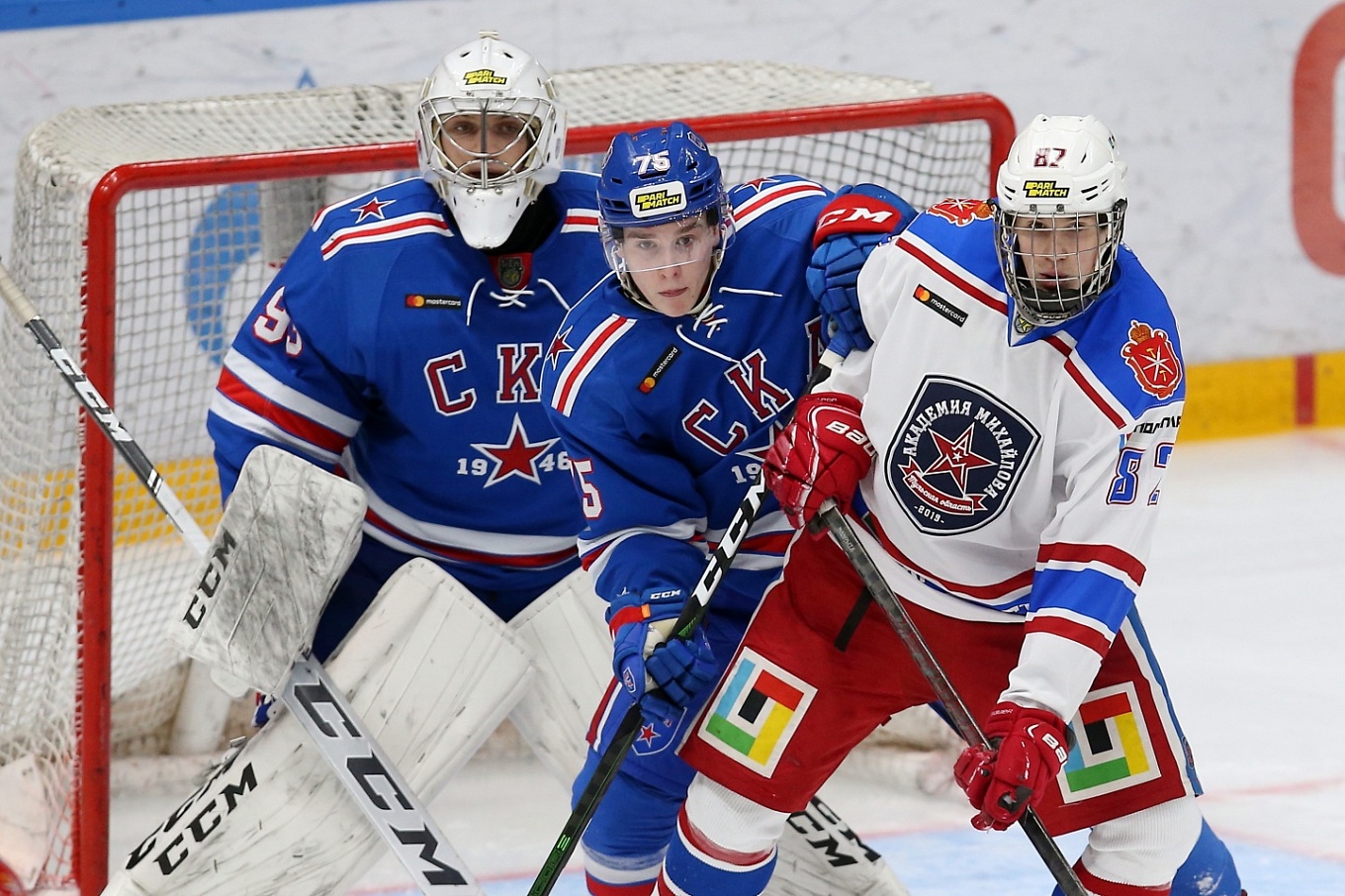 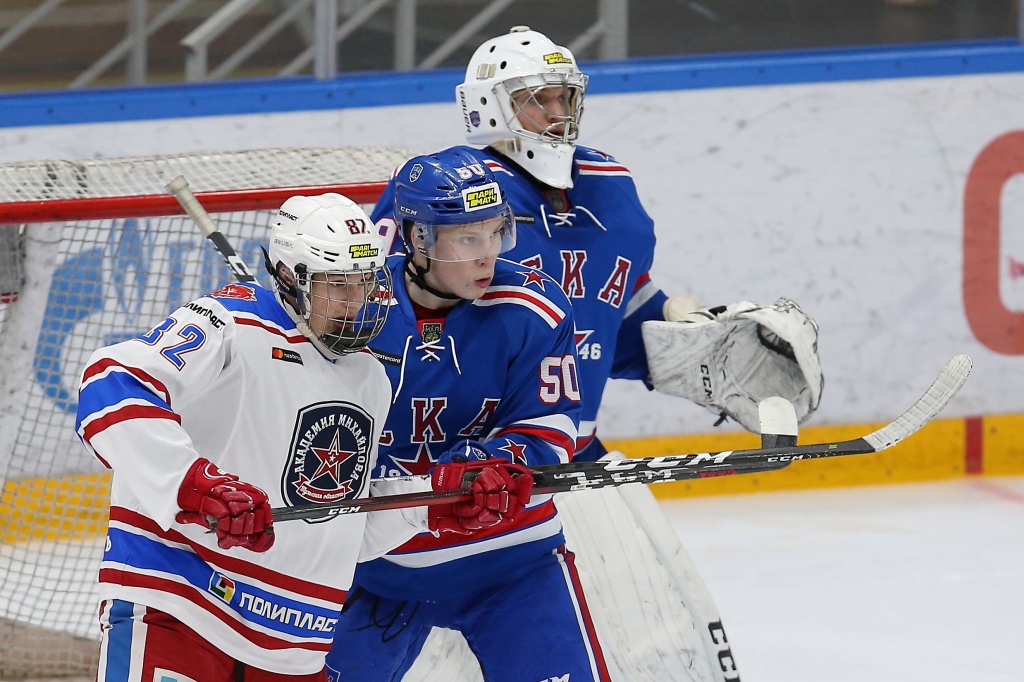 First game of the day was held in St. Petersburg where SKA-1946 put Junior Hockey League’s newest member – Mikhailov Academy Tula – to a test. The game began with Tula taking a penalty. They took another one right after that and yet it led them to breaking the ice – Vladimir Mikhailaki sent Grigory Babushkin in on breakaway and the forward beat Pavel Romashkin. The goal remained the only one Mikhailov Academy would score all game. As for SKA-1946 they didn’t have any trouble stuffing the net. The hosts found the equalizer in no time as Grigory Gryaznov slammed it in with a clapper.

In the second period of action the hosts improved their lead to two goals – Artyom Zhuk capitalized on a power play, while Yego Zelenov scored one at even strength shortly before the intermission. Alexander Gordin scored St. Petersburg’s fourth goal of the game and Zhuk set the final score with his second as he buried his own rebound. SKA-1946 enjoy a solid 5-1 win on home ice. 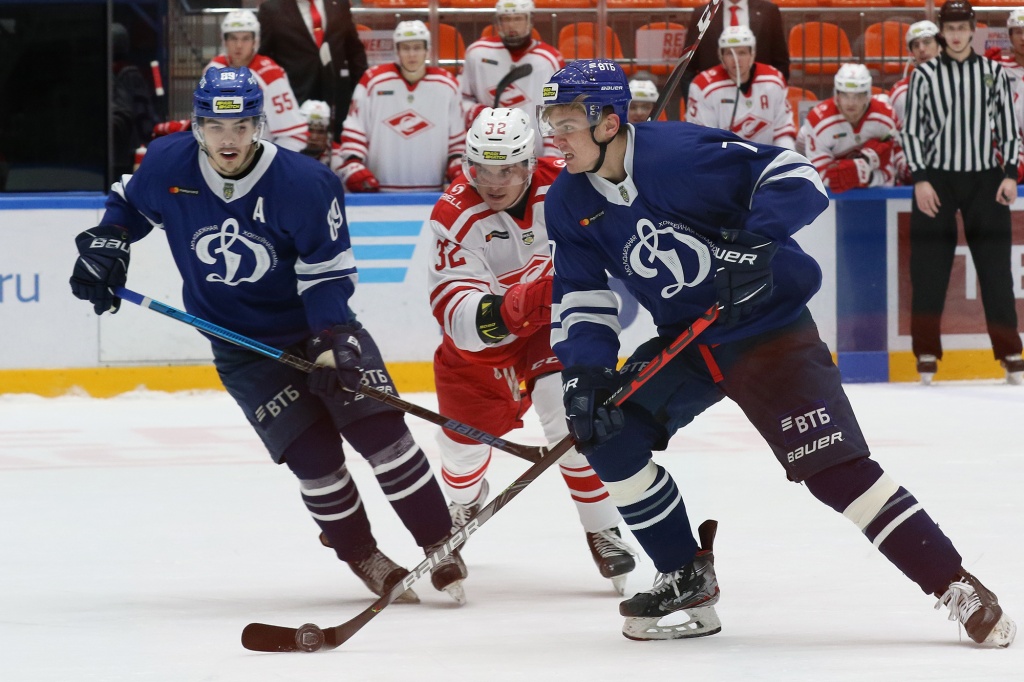 Key game of the day was held at Krasnogorsk Arena in Moscow Region as two arch rivals went up against each other – JHC Dynamo Moscow and JHC Spartak Moscow. Dynamo went into the bout as the top team of the Western Conference, riding a long winning streak. They opened up the scoring nine minutes in as Alexander Kisakov found the back of the net. The red-and-white responded with a goal by Oleg Korchagin but the teams headed to the dressing-rooms as Dynamo led 2-1 – Ivan Didkovsky put the hosts back in front. After Fyodor Filin improved the lead to 3-1, Spartak found an answer – Zakhar Shablovsky brought the visitors back to within one.

That goal proved to be the last Spartak would score in this one. 13 minutes into the second period of action Yegor Smirnov restored the 2-goal cushion for Dynamo, while Maxim Makhrin made it 5-2 hockey game. Spartak fail to organize one final push as Daniel Usmanov got a 2-minute minor for cross-checking late in regulation. With this 5-2 success Dynamo extend their winning streak to 17 games. Yaroslav Lyuzenkov’s team is seven points ahead of the second place.