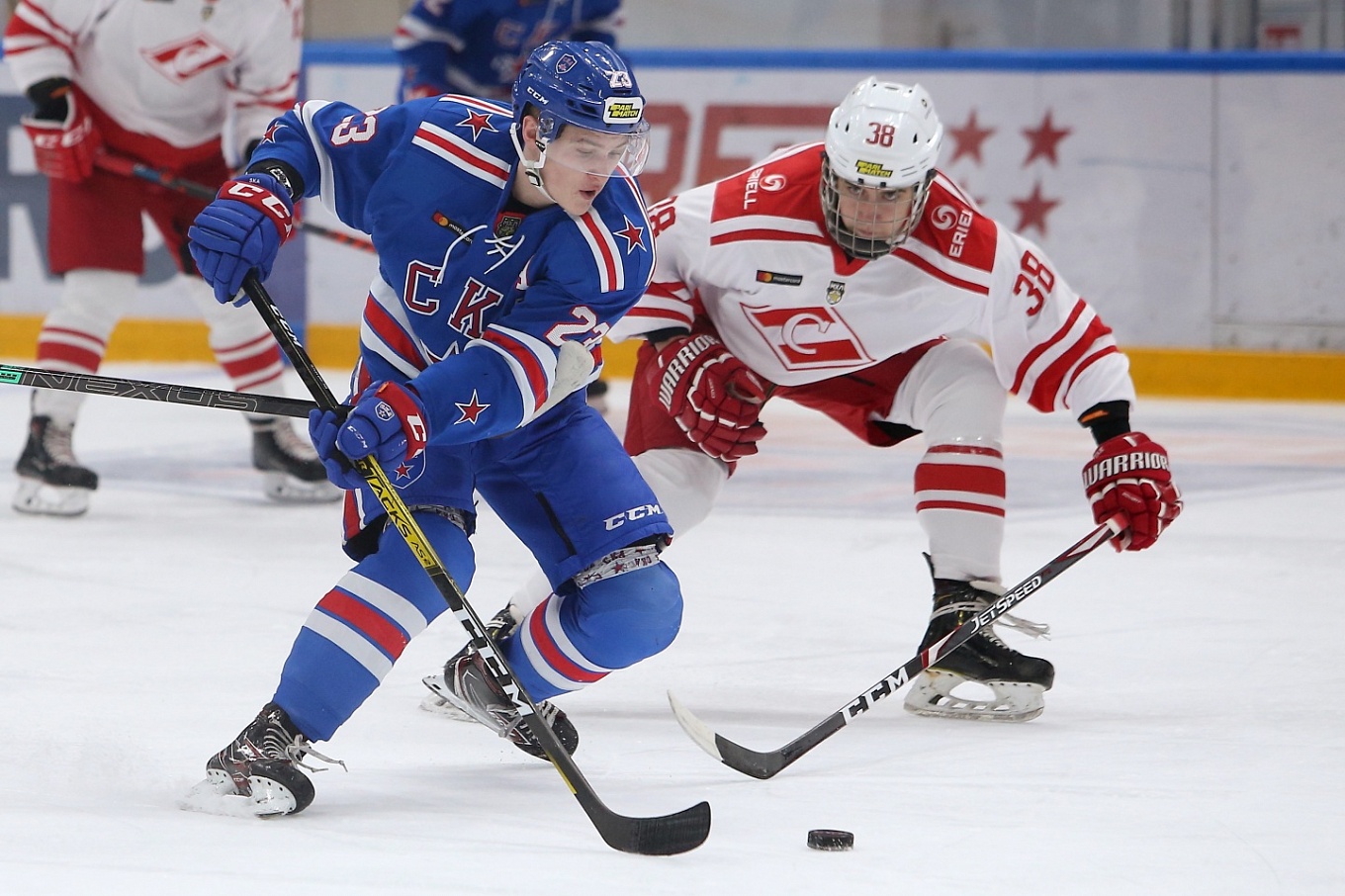 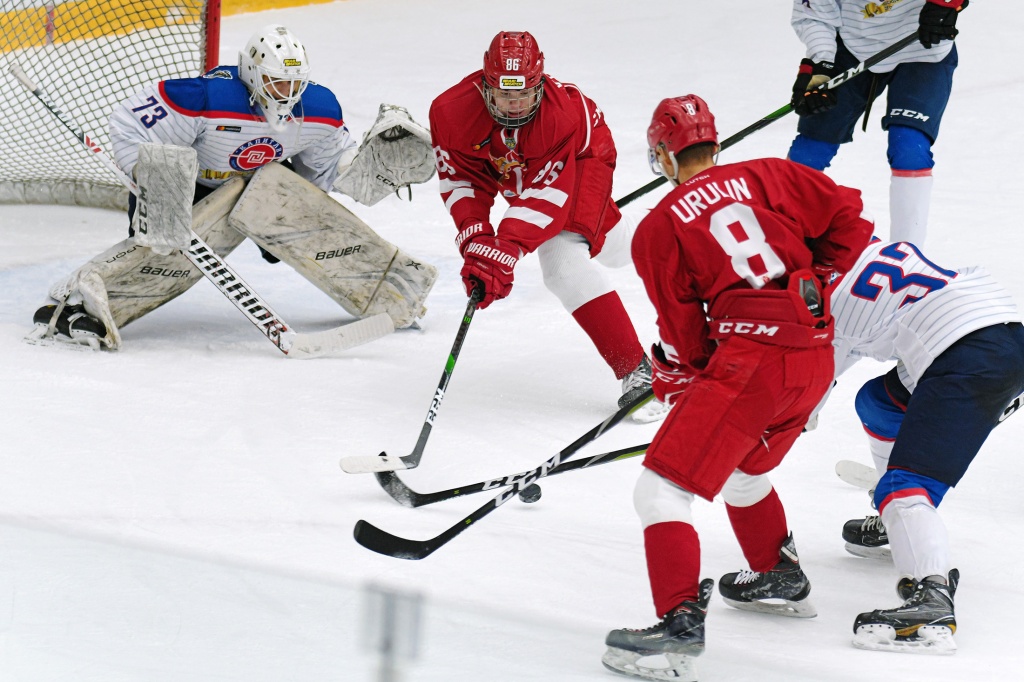 Russkie Vityazi faced off against HC Kapitan Stupino in Chekhov, Moscow Region in the second game of the back-to-back series. The day before the hosts won in hard-fought fashion and were looking to build on the success. Moreover, with another victory they were poised to surpass Loko Yaroslavl for the third place in Western Conference standings. Russkie Vityazi managed to convert on the initial power play opportunity of the game. Daniil Surkanov sent it home in the opening minute of the period and Kirill Kondyrev doubled the lead just 20 seconds later. In the second period of action it seemed that the puck crossed the line behind Roman Rybakov but video reviewed proved that it wasn’t the case.

However, Stupino did get what they were looking for. Six minutes into the third stanza Dmitry Konstantinov evened it up on the scoreboard. Kirill Melnichenko’s penalty proved to be fatal for the visitors. With five minutes remaining to play in regulation Daniil Baklastov converted on the ensuing power play to seal the deal. Russkie Vityazi beat HC Kapitan Stupino for the second consecutive time as they celebrate a 2-1 victory. 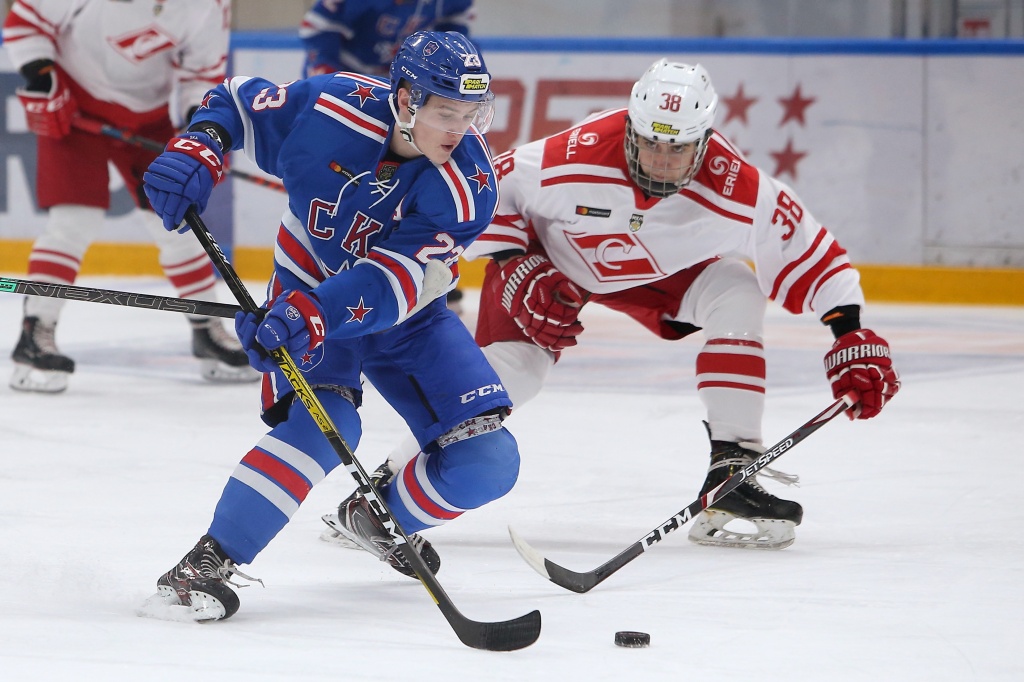 One of the most fierce Junior Hockey League rivalries took place at SC Hockeytown in St. Petersburg as SKA-1946 played hosts to JHC Spartak Moscow. Not only the teams are arch-rivals, but they also neighbors in the standings and a win in the head-to-head allowed one of them to top the other. 17 minutes into the game Grigory Gryaznov got a 10-minute misconduct for checking to the head but ‘army men’ managed to kill off the long penalty and opened up the scoring soon enough. Vyacheslav Alexeyev sent it past Platon Zadorozhny. The 46’s improved their lead in no time as Artur Demidov found the back of the net.

SKA-1946 continued to diligently capitalize on their scoring chances in the second period of action. Demidov scored his second of the game, while Ivan Manin and Nikita Dishkovsky picked up a tally each and Gryaznov made up for taking the penalty. There was no stopping the hosts in the third stanza – Gryaznov got his second of the game, Andrei Proskurnin and Alexander Gordin chipped in a marker each and set the final score at 9-1. Notably, that resembled the game between the two teams last season – SKA-1946 had won it 9-0. 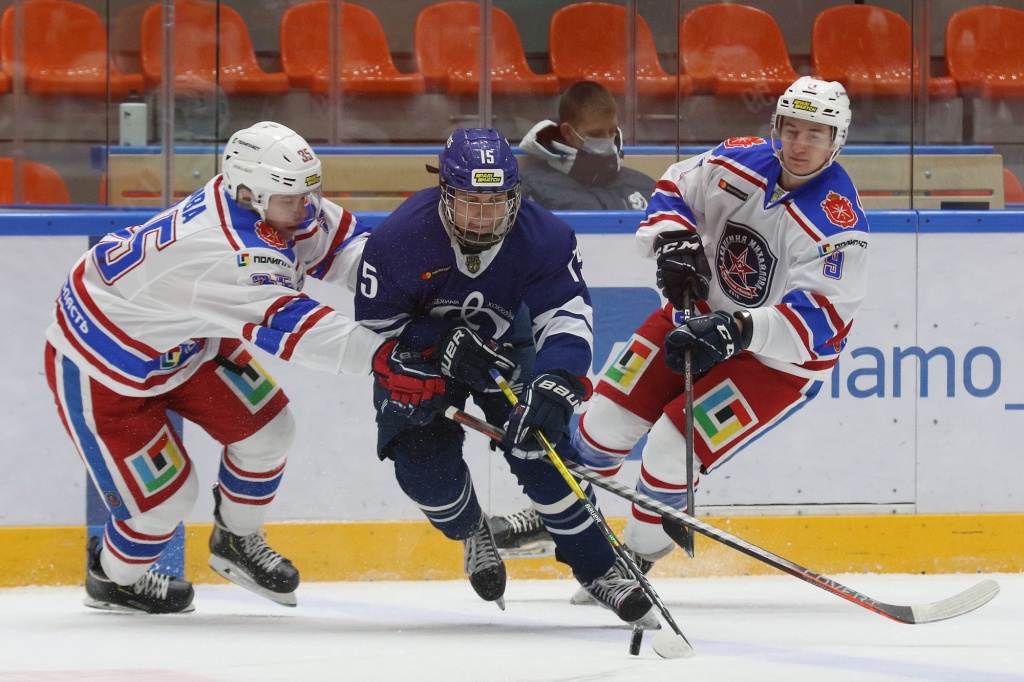 In the final game of the day JHC Dynamo Moscow put Junior Hockey League newest member Mikhailov Academy Tula to test. The latter haven’t won in a while and the game against the top team of the league was a huge motivation for them. Home side opened up the scoring nine minutes into the first period of play as Mikhail Kulakovsky found the back of the net off assists by Daniil Gutik and Artyom Ivanov. Soon after that Dmitry Semyonovsky got a 10-miunte misconduct for checking to the head but the visitors managed to survive the penalty. Home team went on to score two more goals in the second period. Alexander Kisakov made it a 3-0 hockey game, while Kulakovsky scored his second of the night.

Mikhail Nizovkin solved Ivan Zhigalov less than a minute into the third frame but that didn’t faze Dynamo. Daniil Gutik scored another goal and Arman Iritsyan set the final score. With this 5-1 victory JHC Dynamo Moscow extend their winning streak to 15 games.