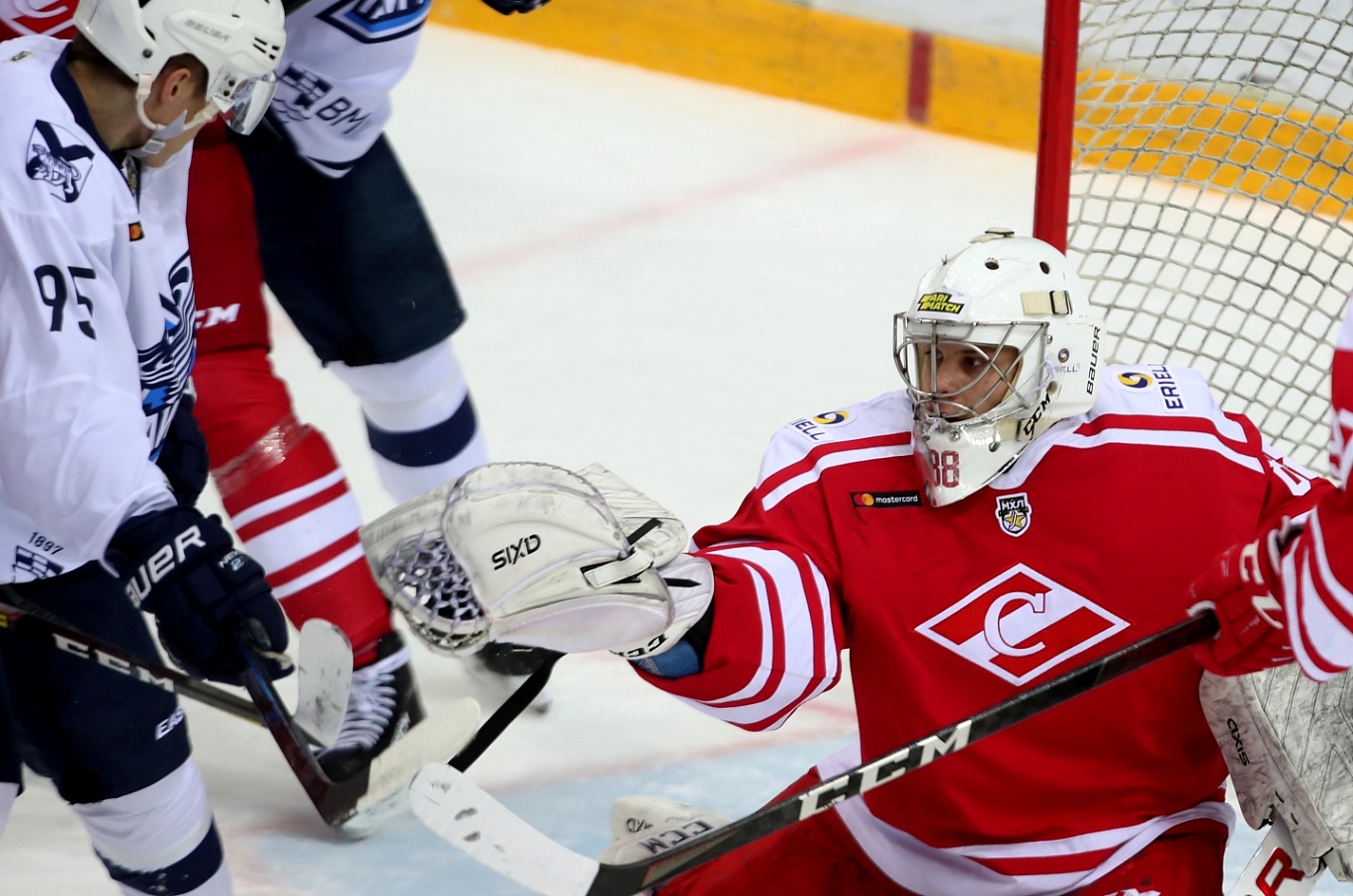 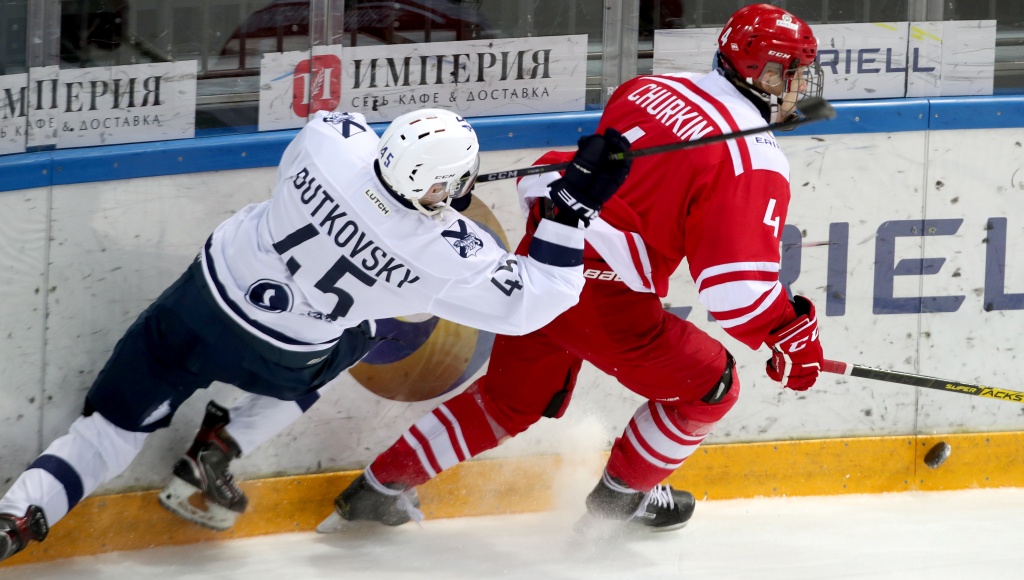 First game of the back-to-back series, which was held in Moscow, didn’t go the way most expected. JHC Spartak played hosts to Taifun Primorie Region and got off to a decent start. The red-and-white established a 2-0 lead by the 12th minute as Matvei Kokovin and Nikita Borodayenko had a marker each. However, something went wrong for Spartak after that as their offense simply stopped clicking. Things were exactly the opposite for Primorie Region as they began capitalizing on their scoring chances. Ivan Khrunin cut into the lead before the period expired and went on to score his second of the game in the following stanza. Prior to that Yan Kopylov and Pavel Yelizarov picked up a marker each.

The red-and-white swapped their goaltenders – Platon Zadorozhny replaced Dmitry Kulikov. The former didn’t allow a single goal but it didn’t matter much. In the final minute of the game Khrunin scored on the empty net to seal the deal and complete his hat-trick. Home team managed to squeeze in a goal by Bogdan Lvutin prior to that.

Irbis beat Kuznetskie Medvedi and catch up to Avto 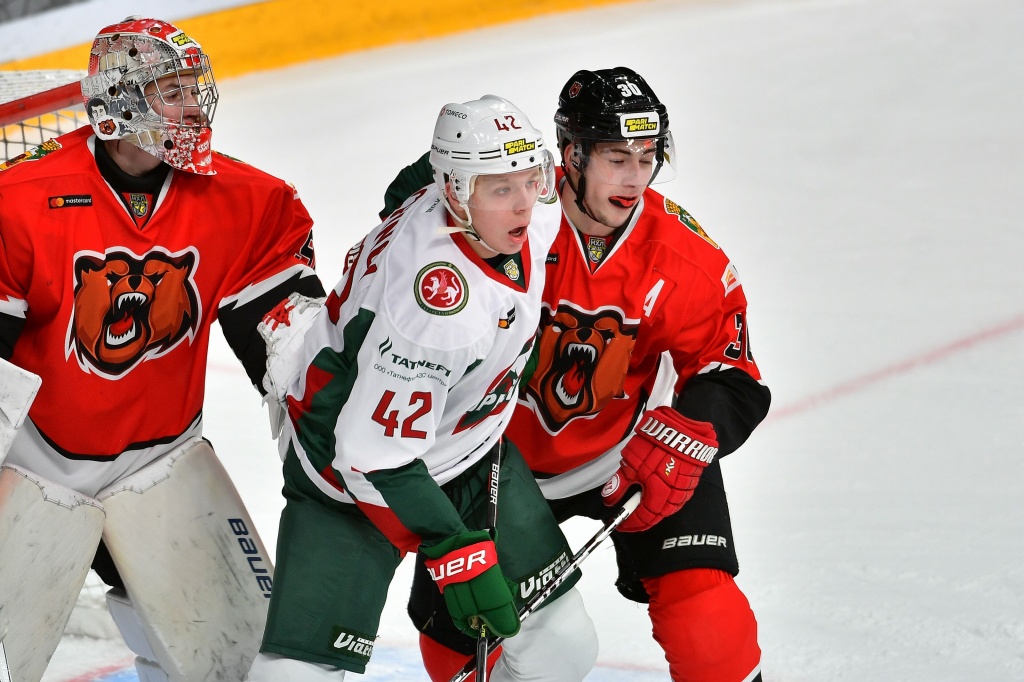 Nominal hosts Kuznetskie Medvedi faced Irbis in Kazan. The day before Novokuznetsk gave one of the top Eastern Conference teams a run for their money. Kazan had another tough game ahead of them in the second part of the back-to-back series and they managed to walk away with a narrow win. All goals of the game took place in the second period of action. Daniil Chetverikov converted on a power play just over a minute into it – the power play spilled over from the first stanza. Kuznetskie Medvedi responded with a quick goal at even strength – Grigory Rudakov found the back of the net.

Irbis scored the game-winning goal on a power play. Late in the frame Danil Kozhedub got a minor penalty for tripping and with nine seconds remaining on the clock Kirill Mukhin set the final score. Nothing changed on the scoreboard in the third period, despite all effort put through by Kuznetskie Medvedi. With this 2-1 victory Irbis Kazan catch up to Avto Yekaterinburg, who had topped Eastern Conference standings. Notably, Kazan still have a game in hand. 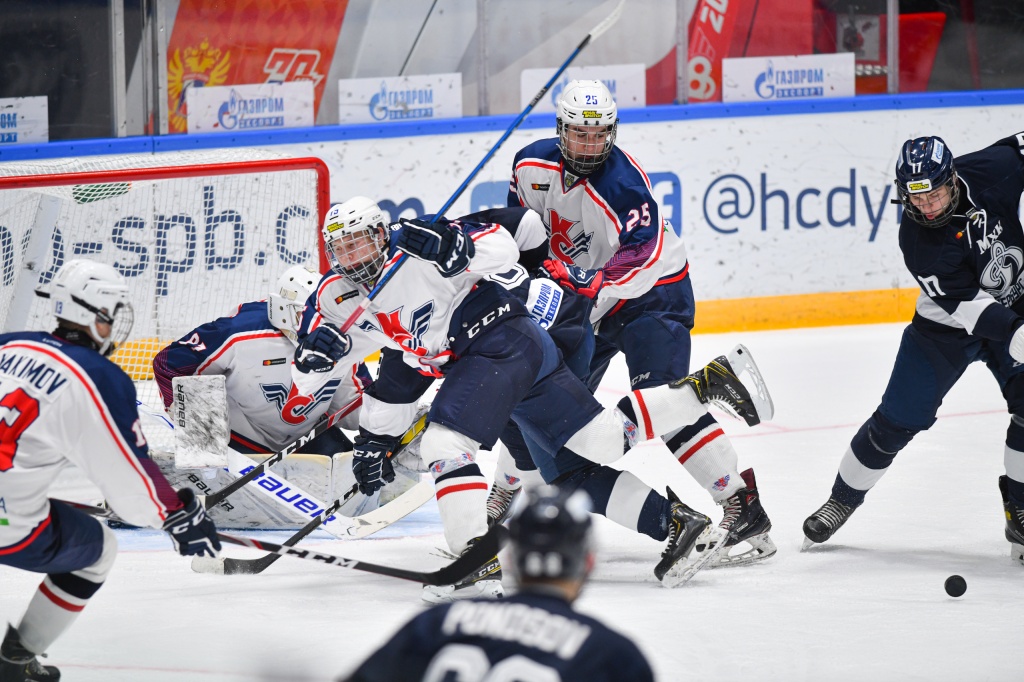 An exciting game took place in St. Petersburg. JHC Dynamo defended home ice against Krylia Sovetov, who currently find themselves out of playoff zone. In the early minutes of the bout ‘Soviet Wings’ had a goal waved off after video review as officials confirmed that the puck never fully crossed the line, but the visitors still went on to open up the scoring. With just a few minutes remaining to play in the period Matvei Petrov caught goaltender Ivan Sapozhnikov off guard with a sneaky backhand shot. St. Petersburg responded late in the second frame of action with a goal in 4-on-4 situation – Maxim Petrov was quick on the rebound after Timur Faizutdinov’s shot.